In a survey conducted in 2011, just 32% of Americans were considered proficient at math after state testing during their 8th-grade year. That reality goes to show you that for many people in the United States, math isn’t as big a deal as it is in other countries.

If you asked an American kid, teenager or even an adult why they don’t take math seriously, the answer you’ll get will sound something like, “When the heck am I ever going to use the stuff I’d learn in [geometry, calculus, algebra, etc.]”

As it turns out though, math has wider life applications than most scholastic underachievers bargained for.

Below, our team shares 9 reasons why math is important in hopes of cracking the whip on all of you out there who can’t bring themselves to dive headfirst into the goodies mathematics has to offer.

Think of your brain as one giant muscle. If you don’t exercise it, it gets weak, flabby, and is too embarrassed to take its shirt off when you take it to the beach.

If you work it out it gets strong and can unilaterally improve the quality of your life.

The problem-solving aspects of math have been proven to work your brain in unique ways that can’t get accomplished via other academic disciplines. For that reason, children who apply themselves at math can improve cognitive functions around decision making and have a higher chance of becoming leaders.

Hence why so many parents get their kids enrolled in Kumon math programs.

When asking yourself why math is important, look no further than the fact that math can help you create more balanced budgets, understand the implications of interest rates, understand how much you should be investing in retirement, and more.

3. You’ll Be Required to Do Math in Every Career You Pursue

You don’t have to be a scientist for math to be part of your everyday work life. Other jobs like factory work, cashiers and more rely on both basic and advanced mathematics to make it through their day.

This often comes as a shock to graduates who had hoped to escape math by not pursuing jobs in fields explicitly related to math.

4. Math Can Make You a Better Cook

If you’re trying to whip up some mean cuisine, having math in your pantry can be helpful. Wondering why math is important to cooking?

Complex recipes require complex measurements which have their basis in math. If you’re being tasked at converting cups to quarts or making any number of other adjustments, you’re going to be glad to know algebra and fractions.

If you don’t, you’re going to end up with a rancid dining experience.

5. Math Keeps You On Time

Did you know that in some states, as many as 80% of children can’t tell time on an analog clock? That just goes to show you how poor kids in the United State’s relationship with fractions are.

You don’t want to be an adult who gets laughed out of an interview when somebody asks you what time it is and you can’t read the clock, right?

We didn’t think so.

At the end of a dinner date, you’ll inevitably need to deduce how much you need to tip and what’s more, how to split the tip between multiple people if your date is with a group of friends.

If you don’t want to be the person at the table who’s asking other people to calculate what you owe, you’ll want to start taking fractions and percentages more seriously.

7. Math Helps You See the World

You’ve probably never associated math with travel but guess what? You should start!

From helping you deduce fuel costs, to creating budgets for food and converting military time to standard time, math becomes more essential the further away you get from home. The better you are at it, the better equipped you’ll be for the next grand adventure you choose to take!

If you have a creative streak in you, you’ll want to lean on math to make sure your projects reach their full potential.

If you’re working digitally in programs like Adobe InDesign or Photoshop, you’ll need math to be able to convert pixels to inches or to be able to adequately space elements with your digital rulers.

Imagine building a house without understanding how to properly measure wood? A couple of mistakes is all it would take for your home to come crumbling down.

If you’re going to Vegas and are planning to play without a basic understanding of statistics, you’re playing to lose.

That’s okay of course. Playing in Vegas should be more about fun and less about winning.

Still, when you understand probability, you can make more calculated moves and can significantly improve your chances of getting an edge on “the house”.

Wrapping Up Surprising Reasons Why Math Is Important

If you justify not taking math seriously because you’re not sure why math is important, we recommend you committing to memory our practical applications of mathematics above.

Each of them will give you an idea of the value math can bring to your life and why you should take the time to get good at it!

For satisfy your additional educational curiosities and more, dive deeper into our content pool at Curiosity Human today! 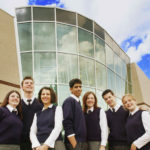 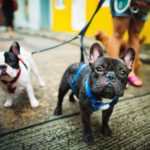