If you’ve spent any time on the diet scene, you’ve undoubtedly heard about the keto diet. There are a lot of strong opinions about it coming from both sides. There are people who say that they love it and people who say that it’s just a fad diet, bound to go the same way as all the other fad diets of the past.

However, the ketogenic diet is backed by science on more than one occasion. And losing weight is just one of its many side effects.

So, what exactly are the benefits of keto? Read on to find out!

What is the Keto Diet?

In a very small nutshell, a ketogenic diet is one that is very low in carbs.

The purpose of the diet is to send the body into something called ketosis. This is a state the body naturally goes into to help us survive when our intake is low. Our liver produces ketones and breaks down fat instead of carbs for energy.

When we keep our ketones level at a certain point, we gain a lot more than just weight loss benefits from it.

There are plenty of researchers that say that it’s mostly the restriction of calories that comes into play when we drop weight on the keto diet. And while that might be true to a point, there are a lot of things still left to consider.

The keto diet does encourage a low carb, high fat, moderate protein intake. That tends to leave us fuller for longer stretches of time and typically we eat a lot less because of it. You can get some wonderful keto tips and recipes from this website.

However, the keto diet causes a lot of things that a low-calorie diet just can’t boast.

What Happens on the Keto Diet

A lot happens when you limit your carbohydrate intake. They’re the thing our bodies like to use for fuel the most. So, when we cut back, the body goes into fast mode and uses ketones, as we mentioned.

Almost every part of your body can use ketones as a fuel source but they treat sugar and ketones differently.

When our bodies burn sugar for fuel, it creates inflammation and cell death over time. However, when it burns ketones, the energy source is more efficient and it actually protects the cells in the bran.

The keto diet also assists in a process called autophagy. this process helps improve the health of our cells and fixes some of the damage done to them. When a healthy cell struggles to survive, this process steps in to help it out.

Both of these processes are helpful for cancer patients and people with various brain disorders.

And all of that is just on the cellular level. There’s still the decrease in insulin levels, increase in fat burning, and reduced inflammation in the body itself.

Now that we’ve talked about the science behind it, let’s take some time to discuss more about the individual conditions the keto diet treats and the proof behind it.

In 1924, Dr. Russell Wilder created a diet that restricted carbohydrate intake to help treat epilepsy in children. At the time, experts believed that it was highly effective, but it wasn’t until 1998 that scientists conducted a legitimate study and published it. Researchers studied 150 children with more than two seizures a week, despite their anti-seizure medication.

For one year, the children ate a ketogenic diet. After just three months, just over one-third of these children reported a 90% decrease in the number of seizures they had. After a full year, only 55% of the children stayed on the diet but out of that 55 %, 27% of them saw a significant reduction in seizures.

This led researchers to report that the keto diet was better than most of the anti-seizure medications.

Recently, researchers studied 1084 patients and reported that the subjects that stuck with the diet saw a 2.25 times greater chance of reducing seizures by at least 50%.

America is seeing nearly epidemic proportions of type 2 diabetes sweeping along the nation in the young and old alike. Luckily enough, there is plenty of research out there that tells us that a low-carb diet can lower insulin and even reverse insulin resistance.

Clearly, this means that the keto diet is incredibly good at helping people with type 2 diabetes, if not completely reversing it.

Type 1 diabetes is a different story, though. Instead of developing a resistance to insulin over time, people with type 1 diabetes cant produce that insulin. this means that they have to get their insulin from an outside source.

No diet can reverse type 1 diabetes. However, the ketogenic diet could help people to manage it a little easier.

So, while a keto diet could treat type 2 diabetes, the same diet with a focus on whole foods can go hand in hand with medical intervention for people with type 1.

According to WHO, 12.8% of all deaths across the world are attributed to high blood pressure. But a study done in 2007 might have the answer.

Researchers looked at how a low-carb diet compared to three other diets in the effort to lower blood pressure in women. After 12 months, everyone in the study who managed to stick with the diets showed a lot of beneficial changes.

However, the people in the keto diet group showed the best results.

they lowered the systolic blood pressure twice as much as the other groups and their diastolic pressure went down 2.93%.

Another study showed similar findings. Researchers looked at a low-carb diet and a low-fat diet combined with a weight loss and blood pressure lowering medication. Research showed that the low-carb group was more effective at lowering blood pressure.

The overconsumption of sugar leads to poor brain functions and an increase of plaque in the brain. Scientists recently said that high-carb diets can actually cause brain function and behavior to worsen in people with Alzheimer’s disease.

But does that mean that a low carb diet can improve brain function and behavior?

Recent studies suggest as much. There is some promise with supplementing a specific ketone in the body to improve Alzheimer’s patients’ memory functions.

This could mean that when we combine a low carb diet and supplement some ketones in the body, we could prevent or even reverse Alzheimer’s disease.

A recent study looked at how the keto diet affected the symptoms of Parkinson’s disease where patients went on a keto diet for 28 days and reported their symptoms.

Every single patient reported experiencing moderate to very good improvement in their symptoms, an average of 43% reduction on the scale that rates the Parkinson’s disease severity on a universal level.

This could mean that the keto diet will improve the quality of life for people with Parkinson’s.

One of the main detractors for many people about the keto diet is how high it is in saturated fat. It’s thought to spike cholesterol levels and damage the heart.

However, the British Journal of Nutrition recently published an analysis by researchers where they looked at how a very carb restrictive keto diet can actually improve HDL levels.

But what does that mean for the LDL cholesterol? Well, in 2006 researchers concluded that the weight loss that restricting carbs brings will actually lower LDL, and decrease the risk of heart disease.

PCOS, or polycystic ovary syndrome, causes infertility in women. One of the leading causes of PCOS is high insulin levels because the ovaries produce more androgens and lower globulin. This lets testosterone float around the body and interact as it pleases.

There isn’t much solid research on the keto diet and PCOS, but one study showed a 12% cut in weight, 22% decrease in free testosterone, and 54% decrease in fasting insulin levels.

Two of the women in that study even got pregnant despite being plagued with infertility issues previously.

This is just a small study, but the results are promising. The keto diet could potentially help improve PCOS and fertility issues.

The Benefits of Keto

There are so many benefits of keto. The more research we conduct, the more we discover that sugar is the main culprit in most of the issues plaguing America today. It could even be as addictive as cigarettes.

Cutting out the carbs is amazing for your body and it doesn’t have to be a struggle. There are so many great alternative recipes for your favorite sweets out there with low carb options, so you never have to feel like you’re missing out.

But the facts are pretty simple: a ketogenic diet is good for your health.

If you’re looking for more interesting ways to improve your health, visit us today! 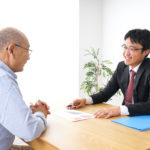 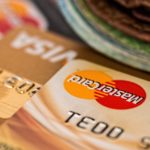