Commemorative coins enjoyed a rare moment in the spotlight this year thanks to President Trump. He canceled a summit with North Korea, but only after the White House began selling a coin to commemorate the event. Whoops.

If you’re not a coin collector, you probably don’t know a thing about commemorative coins. And, outside of that news story, you probably never give them a second thought. But there’s a lot of them and a lot to learn.

In this article, we’ll talk about one of the most important types of commemorative coins: challenge coins. So read on to read about the coolest and rarest military challenge coins.

What Are Challenge Coins?

Challenge coins are high-quality coins, usually minted with a special design to commemorate a specific event or organization. They are not legal tender and the U.S. mint doesn’t make them. But they’re beautiful and full of meaning.

Where did the idea of challenge coins come from?

According to popular legend, the first challenge coins were issued to a squadron of fighter pilots during World War I. The squadron’s lieutenant ordered a set of expensive bronze medallions and gave them out to each member of his squadron. It was a way to thank his men for their service and bring them together as a team.

Later in the war, one of these medallions saved a pilot’s life. The pilot crashed in enemy territory and was captured by the Germans who took everything he had, except for the medallion.

The pilot was able to escape but fell into the hands of the French army soon after. Because the pilot didn’t have any identifying papers, the French assumed he was an enemy and planned to execute him. Until they saw the medallion.

It bore the mark of the pilot’s squadron and showed the French soldiers that he was an American. The French spared his life, and it was all thanks to the medallion.

A tradition was born. Now, soldiers with challenge coins never let them out of their site. In fact, that’s where the name challenge coin comes from.

What do we mean?

The challenge coin game is a way for a group of people with challenge coins, whether it’s a military squadron or a police squad, to make sure that every member carries their coin at all times.

The game starts with a coin check. One member pulls their coin out and either declares a coin check or sets the coin on the table so it makes a noise loud enough for everyone to hear.

Every member within earshot then has to produce their coin. If they don’t have it on their person they can take one step. If they still can’t reach it, they fail the check.

If a member can’t produce their coin, they have to buy a round of drink for the group. If every challenged member produces their coin, the person who initiated the challenge has to buy the round.

A coin check can be initiated anywhere at any time: at the beach, in the shower, on the battlefield, it doesn’t matter. The point is: never lose sight of your coin.

One thing to remember before reading our list is that challenge coins usually aren’t that expensive. Their value is much more sentimental than monetary. And so the most valuable challenge coins in the world never leave the possession of the people who originally received them.

The ‘Trample the Weak’ Coin

The most aggressive challenge coin out there belongs to the Chosen Company of the 173rd Airborne Brigade. When they issued their challenge coin, they didn’t hold back.

The coin is jet black and shaped like a skull. Written across the top is the menacing line: trample the weak, hurdle the dead.

A much less ominous coin is the one issued by the Naval Air Warfare Center in Orlando. They decided to issue their coin in the shape of mickey mouse’s head to pay homage to nearby Walt Disney World.

One of the most sought-after challenge coins is the one belonging to the Japan Maritime Self-Defense Force. The coin is completely transparent, making it unlike any other military challenge coin in the world.

The Army Diver Coin is a beautifully designed coin made in the shape of an old-fashioned deep sea diver. There’s no mistaking the possessor of this coin for anything other than an underwater warrior.

The Medal of Honor Coin

One of the most honorable coins you can receive is a Medal of Honor Coin. Most recipients of the prestigious military award are given a specially made challenge coin along with their medal.

You won’t find many of these coins for sale.

The 17th Infantry of Korea Coin

This is one of the oldest and rarest military challenge coins available. Colonel Buffalo Bill Quinn gave it to the men he commanded in the 17th Infantry during the Korean War.

These are the holy grail of military challenge coins. The tradition of awarding them started with Bill Clinton and every president since has awarded his share.

The president decides who to give them to, usually to commemorate exceptional service, and he always slips the coin into the recipient’s hand during a handshake so no one will notice.

Much like the Medal of Honor Coins, these coins never stray too far from the original recipient.

If you enjoyed this article, be sure to check out the rest of the great articles on our products blog. 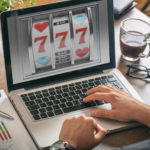 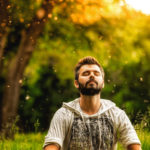