Opening a door with a face scan or hand print was once a futuristic security measure only in movies. Now, biometric security features are expected to be used by nearly 3 billion people by 2023.

And, these body-based security advances have a chance to change safety and daily life in big ways.

What is Biometric Security?

As the name suggests, these are technological systems that use human features as a passcode.

A common example of biometric security is using a fingerprint to open up a cellphone. But this might include things like iris scans, facial recognition, or any unique biological feature.

More and more, groups are turning to the body to add an extra layer of security.

Biometric security goes beyond being a cool, futuristic feature. There is a growing need for safeguards in an increasingly digitalized world.

Cyber attacks cost small businesses upward of $100,000. And, more than half of those companies go out of business within six months of an attack. Understandably, companies and individuals are searching for new ways to add security.

Science is answering the call. Biometric security adds a new layer of safety by checking who the person is rather than what the person knows. In this way, it bypasses passcodes and looks more deeply at the individual before letting them in.

And most people have to keep track of hundreds of passwords and security keys. Biometrics might not replace all passcodes altogether, but they could put less pressure on people to rely solely on codes.

Biometrics can be used to work alongside passwords to make life easier and accounts more secure.

Here are some of the latest developments in biometric security systems.

Fingerprint scanning technology is expected to grow 500% in the next year. It’s being used for everything from cellphone security to more accurate background checks (see more info here).

A big advantage to fingerprint security is that these markings are extremely difficult to mimic. And unlike a password, the a print’s pattern is not easy to guess. It also could cut out the nuisance of forgetting passcodes or losing keys.

What makes fingerprints so special? They are unique because they’re a product of both genetic makeup and random event during development. The result is an absolutely unique identifier on the body.

No two people have the exact same fingerprint, not even identical twins.

Talking to Devices for Added Trust

Companies like Nuance Communications are using voice biometrics to add security. They are designing systems to pick up on the way a person speaks.

Some places voice recognition systems are popping up is in automobile commands, like when a driver wants to adjust the temperature. And it is being used to identify people on some fraud management platforms.

And this technology is set up to analyze both specific voices and communication patterns. Companies are working to pick up on patterns in speaking and writing. These things could be a replacement for passwords or security questions in the future.

Companies like Apple are already using facial recognition technology for security. And technology is advancing quickly.

Some facial recognition tools are able to pick up on things like emotion and guess things like gender or age.

Technology can even detect life itself. It’s able to set aside a live person from pictures or masks.

In the future, this biometric technology could help confirm identities and add to surveillance.

The market for behavioral biometrics is expected to surpass $2.5 billion in the next five years. These systems monitor the unique actions of an individual.

For some companies, this includes things like how much pressure someone applies to a touch screen or how hard a person hits their keys when typing. It also takes an in-depth look at signatures or how an individual moves a mouse.

It’s expected to fight off bots. And it could boost security when a device is stolen.

Security from a Person’s Strut

It’s tough to replicate another person’s exact pace, walking rhythms, and movements. That means walking could be a valuable identification tool.

Some companies are analyzing the way people walk in order to create a special signature for them. This walking ID can be coupled with other security systems to add an extra layer of safety.

This technology plays off existing systems that check heart-rates, sleep patterns, and how many steps a person travels in a day. But it tweaks these intimate functions to create a body-specific security ID.

Security in the Palm of Your Hand

In biometric security, the fingerprint has a close competitor: the palm. Technology is able to scan a person’s veins and unique palm features. It can also look at micro-vibrations that create authentic designs on a palm.

And some companies are developing technology that doesn’t even need to touch a person’s skin for identification. They are able to spit out special beams that are nearly infrared. These tiny rays act as a scanner and check the palm with images that are on record.

This biometric technology could be used by airlines to identify passengers. It could also add an extra layer of security in banking or on financial applications.

Even More on the Future of Technology

Biometric security is poised to make a big impact in the future. And there are tons of other rapid changes taking place in the world of technology.

Want to stay up to date on the latest tech trends and scientific breakthroughs? Take a look at our technology blog here to learn about the newest gadgets, devices, and scientific advancements. 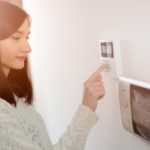 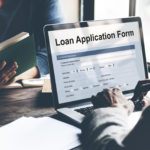