Blockchain is an innovative technological tool that is changing the way many people handle business and everyday communications. It’s a database system that creates a never-ending list of records, and each record is called a block (hence, blockchain).

The blocks aren’t able to be edited once they’ve been created, unless if a change is made by a person who has full access to the chain. If a change is made, the change of one block alters the information on all the blocks that were created after it.

This level of security and reliability is possible thanks to blockchain’s authentication tools. Keep reading for a break down of how blockchain encrypts, sends, and verifies information.

The first step in the blockchain authentication process is called proof of authorship. This is when the authorized party creates a message and sends it out using his/her private key.

The private key is crucial here. It’s what hashes the file and creates a timestamp. To hash a file means to turn it into a series of code that cannot be transcribed without the file key. If someone were to get into the file, the whole thing would look like a series of 0s and 1s.

Proof of authenticity comes into play when the digital transaction is being made. It requires both parties (the issuer and the receiver) to sign the file in some way.

At this point, the issuer uses their public key, which the receiver then has to input. Think of this like a password. If the receiver puts in the wrong key, they can’t open the file. The right public key will, however, open the file to provide the information a person is looking for.

Note, an issuer’s private key is used during the authorship process. This is what hashes a file in the first place as it is added into the blockchain.

Finally, comes the proof of integrity portion. The integrity is actually the hash itself.

Imagine that you were on the receiving end of a file that had supposedly been added to the blockchain, but you had no trouble accessing it. Maybe it came through in an email or maybe it was too easy to get via an online portal. Either way, something happened where the hashing step was skipped, which then meant you didn’t have to use a public key for access.

That can raise serious concerns.

It dilutes the trust established between you and the issuer and has the potential to leave personal information vulnerable to cyberspace. Having to use your key thus ensures the hashing was done and the information shared safely.

Learn More About How Blockchain Works

You’ve probably heard about blockchain used in relation to Bitcoin.

While some people are skeptical about Bitcoin, they may not realize they’ve already used blockchain. Government entities use this to provide the most secure user networks possible as citizens search for passport applications, social security numbers, and other personal details.

If you do happen to be curious about the relationship between blockchain and Bitcoin, click here. 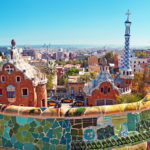 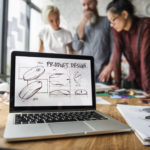