Content creators upload 500 hours of video to YouTube every minute. That’s 12,000 hours of new content every single day. With that kind of output, there’s no reason anyone should be bored.

But if you happen to find yourself bored with your current subscription list, we have the answer. We’ve put together a list of some of the hottest YouTube channels that you should check out. Whether you’re into gaming, beauty, or funny videos, there’s something here to occupy you.

Keep reading for our list of the top 10 best YouTubers to cure boredom.

Even if you’re not a gamer, this channel has something for you. PewDiePie’s videos also consist of vlogs, YouTube collaborations, and comedic shows.

PewDiePie’s incredible influence has created an Oprah Effect. Games he plays on his live streams experience a boost in sales. In 2016 Time magazine named him one of the world’s most influential people.

5-Minute Crafts is the perfect YouTube channel to beat boredom. Watch the video, gather supplies, and craft away. This channel uploads several videos per day for its 62.4 million subscribers to watch.

Don’t let the word “crafts” fool you. This channel isn’t focused on child-centric crafts. They have an entirely different channel for children called 5-Minute Crafts PLAY.

The 3000+ videos alternate between life hacks, beauty tips, and magic tricks. Choose any one video to start with and let your imagination soar.

Most Watched Video: Full Face of Brands That Hate Me with 36 million views.

Star’s internet fame began when he became the most followed Myspace profile. This internet celebrity status led him to YouTube in 2006.

Many of his first few uploads were music videos from when he tried to break into the music scene. Though he never reached pop star status, Star still harnessed the power of YouTube to his advantage.

Nowadays, you’ll see Star uses his YouTube platform to talk about the beauty industry. He often “spills the tea” about make-up brands and big names in the business.

If you’re into beauty gossip and love trying new make-up trends, you need to give Star a follow. Remember, he might be a bit biased as he has his own make-up company now. But we like to think he’s still fair when reviewing other brands.

Most Watched Video: I Made A Giant 30-Pound Burger (26 million views)

If you’re a whiz in the kitchen (or want to be), you need to check out Tasty. This Buzzfeed-owned channel has thousands of videos to get you drooling and inspired to cook.

Do you like TV shows like American Idol but don’t have time to watch full seasons? What if we told you a channel exists where you can watch the highlight reel instead? That’s precisely what Top Talent aims to do.

This channel showcases the best performances on talent-based TV shows. Sassy auditions, best kid’s vocals, best pet talents, this channel has them all.

You can crush hours of boredom with Top Talent’s nearly 550 videos. This is the perfect channel to download YouTube videos from to watch when you’re offline.

Everyone needs to pepper in more feel-good videos into their lives. The People Are Awesome channel is a great one to use to fill that void.

The videos on this channel celebrate the achievements of everyday people. Whether you want to see talented kids or unbelievable feats of athleticism, there’s something for you on this channel.

Most Watched Video: All the Way (81 million views)

Jacksepticeye is an Irish gamer YouTuber known for his potty-mouthed antics. His channel has four thousand videos, and he uploads new ones daily. So if you like watching YouTubers play video games, you’ll never get bored of Jacksepticeye.

Most of his videos focus on gaming. Watch him play Minecraft, Kindergarten 2, or Death Stranding. His energetic gameplay makes his videos entertaining to watch.

If you’re not a gamer, you might prefer some of his other playlists. His Funniest Home Videos series focuses on his reaction to funny viral videos.

Most Watched Video: 14 Actors You May Not Know Are Dead (21 million views)

Looper is the channel for pop culture fanatics. This channel is perfect for getting the inside scope on your favorite TV shows, movies, and video games. With over 2,800 videos and daily uploads, there are hours upon hours of content.

Looper creators have put together comprehensive playlists to bust boredom. Check out the Marvel Movies and Comic Book playlists to get the lowdown on the Marvel universe.  TV and Movie buffs will love the Blooper and Theory playlists.

After watching a few Looper videos, you’ll have more random pop culture knowledge than you know what to do with.

What list of best YouTubers would be complete with some of its original content creators? Smosh began making videos way back in 2005 when YouTube was in its infancy. They still upload videos once or twice a week.

Smosh has been one of the most-watched YouTubers since they came onto the scene. Their channel features their hilarious takes and sketches, often poking fun at millennials and video games.

If you need a good laugh, check out their “Every [Blank] Ever” playlist with over 150 videos. Their Sketches and VS playlists are also worth a view (or two).

The Hawaiian born Ryan Higa was the most subscribed-to channel for almost two years back in 2009-2011.

Higa faced copyright issues back in the height of his YouTube career.  This led him to compose music. Though Higa may not be a career YouTuber anymore, his videos are still worth a watch.

The most popular videos on the channel are his “How to Be a [blank]” tutorials (if you can call them that).

We didn’t only include the top 10 best YouTubers in terms of subscribers and views on our list. We wanted to provide a comprehensive overview of surefire boredom busters. No matter what piques your interests, there’s something for you on our list.

Check out our Entertainment archives to keep your boredom at bay. 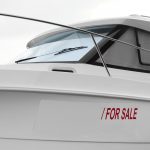 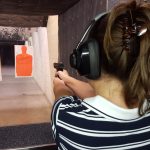