Previous Next
Drug test blank form with Variety of medicines

You sit down a job interview with a company that you’ve been dying to work for since you finished up your degree. Everything goes great and your heart soars when you hear the magical words “you’re hired”! This joy quickly turns into regret when the good news is followed by “we’ll just need you to take a drug test”.

They give you the paperwork to head to a testing center within the next few days for your test but the strange thing is on the paper it says that you’ll be taking a hair test. You’re probably used to either a urine or blood test but passing a hair follicle test is something else entirely. You can’t just simply detox and call it a day.

Keep reading for tips on how to pass a hair drug test so you don’t have to give up your dream job for one poor decision.

When you use a drug, the chemicals involved travel through your bloodstream and is distributed throughout your body. This includes inside your hair follicles.

The hair drug test checks your hair follicles for signs of the drug you used. It’s a means to stop people from being able to alter their results in any way. As far as what it shows, the test can display when you started using a drug, how much of it you used, and how long you used it.

2. Situations in Which it’s Used

There are several situations where you may be asked to take a hair test. One of the main ones is if you get hired on to a job. Most jobs require a drug test be done and a lot of them are turning toward using a hair test rather than urine or swab.

Another situation where a hair test may be asked of you is for anything involving the court. Some Universities and scholarships require you to have a drug test done before you’re enrolled in certain programs as well.

3. What Drugs Does it Detect

The hair drug test is designed to detect the most common drugs so marijuana, Cocaine, Ecstasy, and your basic opiates. There are some that can be tested for but probably won’t be because it’s an extra cost to an employer and these include Flexeril, synthetic marijuana, Ketamine, and Fentanyl.

Most of the time, less common drugs like LSD, mushrooms, and inhalants don’t show up in the final results.

4. Passing is All About Timing

Again, despite the fact that this method is a little more advanced than a blood or saliva test, there are still ways for you to pass it. This mostly revolves around timing. If you’re a regular smoker you’re a little bit out of luck but if you’ve only done it once and it was recent there may be hope for you yet!

The drug will stick to your hair follicles for 90 days which is another reason why this test is used but it takes about 5 days to travel through your bloodstream and get there. So you could technically smoke the day of your test and be fine.

5. How to Cleanse Your Hair Shaft

There are a few ways that you could cleanse your hair shaft before your test and get rid of any traces. First thing’s first, immediately stop using the drug because if you don’t the cleansing won’t work.

One method is to use some sort of cleansing shampoo about 15 times before you head in for your test. You can also try the Macujo method which involves rubbing vinegar in your hair along with a salicylic acid treatment and leaving it for half an hour.

Once it’s soaked into your scalp you’ll rinse it with warm water and follow it up with laundry detergent. Just keep in mind that this method will leave your scalp considerably dry.

Make sure that once you’ve cleansed your hair follicles that you also change out your pillowcases. Don’t lay your head on anything that it’s touched before you cleansed it.

There are many methods that some people try that seem like they may work in theory but won’t actually do any good in practice. The testers are crafty so you sort of have to think like them. Here are a few things that you don’t want to try to get past the hair test.

Shaving your head just makes you look suspicious in the eyes of the testers. It’s also not a method that works. They’ll tell your employer that they couldn’t do the test in which, you lose the job or they’ll just use a hair from a different part of your body.

They may also elect to administer the blood or urine test instead so you still don’t get out of taking a test.

Don’t Bleach or Dye Your Hair Either

Many people will try to dye or bleach their hair to skew the results in their favor or get rid of evidence. Sadly, this doesn’t usually work.

The test is advanced enough to still detect drugs that are in your bloodstream. Bleach doesn’t kill anything.

Don’t Stress! How to Pass a Hair Drug Test

Many employers are slowly moving away from blood and urine drug tests in favor of hair tests. It can be more accurate and can’t be altered in the way bodily fluids can be. Use these tips on how to pass a hair drug test to keep your dream job.

If you’re not actively job seeking then it’s okay for you to indulge a little. Here are a few of the best weed vapes on the market. 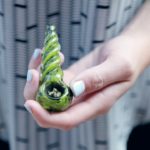 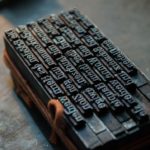