Looks like its time to move to Canada! If you weren’t already convinced by their healthcare system and beautiful scenery, now they have added another reason to the list.

On October 17th of this past year, Canada became the second country in the world, behind Uruguay, to make weed federally legal. The Cannabis Act which passed in June permits adult use of the previous illicit drug.

Like all laws surrounding controlled substances, the details can vary depending on where you are or what form of marijuana you are looking to consume. And knowing these details can help to keep you out of unwanted trouble. Keep reading to learn the in’s and out’s of marijuana legalization in Canada.

The Basics of Marijuana Legalization in Canada

Marijuana is now legal for adults 18 and up in Canada. Each Canadian is permitted to grow up to 4 plants for their own personal consumption and can have up to 30 grams on them at any time.

In most areas, the use of marijuana is restricted to the inside of your own home. Although, there are certain places that are allowing it wherever cigarettes are also permitted.

Currently, this legalization only allows for the sale of dried herb and concentrates. Sale of edibles or weed-infused drinks is still illegal throughout the country. But there is a loophole to this one, you are allowed to make your own high treats so long as only you use them.

Traveling with weed within the country is also completely legal and you can even bring it on a plane. Make sure to stick to domestic flights, because it is still illegal to bring it outside of the borders.

Speaking of borders, if you are a U.S. resident looking to venture into Canada and bring some of these good back with you, think again. Marijuana is still federally illegal in the United States, despite any legalization on the state level.

The U.S. border patrol is already on top of it, announcing before the implementation of legal weed that they still view Canadians who are involved in the industry as drug traffickers. Ottawa warned Canadian citizens that previous use of or involvement in the cultivation of cannabis is grounds to be denied entry in the United States.

It’s unlikely that the border patrol will stop and interrogate every passerby about their marijuana involvement. But, it’s important to be aware that they are cracking down.

Even though marijuana is legalized in Canada, the laws everywhere aren’t the same. Be sure to look into the specific marijuana laws of an area you plan to visit.

And although Parks Canada also prohibits smoking, they do allow consumption of marijuana for those wishing to get high in the company of nature.

Places like Quebec and Manitoba, however, are against the new federal law and have put into place their own rule which bans users from growing their own plants at home.

It’s important to do your homework about local laws. The CBC breaks it down for you here.

The “Don’t Drive High” campaign put on by local law enforcement is pretty straight to the point. Like with all controlled substances, it’s unsafe to operate a vehicle under the influence of marijuana.

Police are able to hold road-side tests if they suspect someone of being high by taking samples of the driver’s saliva. I21 f police find between 2 and 5 nanograms of THC (the cannabinoid that gives you a ‘high” feeling) in the driver’s blood the penalty is up to a $1,000 fine.

This campaign has created some uproar among users who argue that these levels are unfair. The THC content in someone’s blood depends on their tolerance or frequency of smoking.

Where Can You Buy Legal Weed?

Just as you might expect, you can’t just buy this stuff anywhere. Legal weed can only be purchased from a government licensed dispensary or online delivery service.

Currently, there are over 120 licensed pot producers in the country, but the government isn’t rushing to get a dispensary on every corner. Right now there is a huge focus on the online market. Regardless of what providence you are in, you are allowed to buy your weed online.

There is a lot of speculation surrounding how smoothly the online orders will run. With an increase in demand, purchasing marijuana this way can potentially lead to long wait times for receiving your product.

This poses the question, will users be willing to wait? Or will they turn back to the black market for quicker service?

After marijuana legalization in Canada, the government knew that the main way to stop illicit marijuana sales after the federal legalization was to get competitive with their pricing. If legal cannabis was more expensive than what established users were used to paying there would be no motivation for consumers to cut off their current source.

Although prices could change in the future, as of now a gram of weed ranges from $8-$15 depending on area and specific strain you’re purchasing.

Keep in mind that regulated cannabis does tend to have a lower content of THC than what you find on the black market.

Marijuana has had a controversial past in terms of its legal status, and marijuana legalization in Canada didn’t happen overnight. This polarized issue took years of working its way through the legislature to get to where we are today. Click to find out more about this process.

And check out our blog for more topics like this! 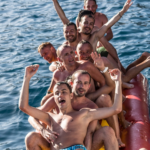 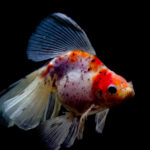