Drug abuse and addiction not only cause long-term physical changes and health problems, but can have direct and lasting effects on the brain for both long and short-term use. So exactly how does meth affect the brain?

Methamphetamine is a stimulant drug that kills thousands of people in the United States every year and is only becoming more and more of a problem.  Meth is also one of the hardest drugs to quit. There are many resources available to you or a loved one to seek addiction treatment services and find educational resources.

In this article, we’ll explore beyond the physical effects of methamphetamine on things like teeth and skin, and dig deeper to find out what’s really going on on inside the brain of a meth user.

1. How Does Meth Affect the Brain? As a Stimulant

Unlike heroin and alcohol, which are depressants, meth is a potent stimulant that hijacks the nervous system and lowers your overall inhibition, making you much more likely to partake in dangerous of self-harming activities.  It also stimulates the brain to such a degree that sleep is no longer necessary when experiencing a meth high.

The use of methamphetamine, especially over the long term, is associated with an overall decrease in the number of neurons in the brain. In many cases, the loss of these neurons cannot be regained and permanent damage is inflicted.

Methamphetamine is also notorious for destroying your ability to experience joy, happiness and excitability on your own, causing a negative feedback loop of dependence and need to get high to feel “normal”.

Meth forces the release of both dopamine and serotonin in the brain to unnatural levels and then leads to what is called a “crash”. Studies have shown that dopamine receptor cells were still damaged in meth addicts three years after their last use.

After use of methamphetamine for long periods, users often experience psychosis and extreme paranoia. The way the drug alters the chemical makeup of your brain can bring on permanent and lasting mental health problems including hallucinations, delusions, and obsessive-compulsive disorders.

5. It Heightens the Risk of Stroke

The use of methamphetamine is associated with hypertension and constricted blood flow to the brain, which puts a meth users at a much higher than normal risk for stroke.

So how does meth affect the brain? Methamphetamine is not just scary in how it alters your physical appearance, but how it permanently damages and changes the brain. The destruction of normal dopamine production and chemical altering of the brain is one of the reasons why meth can be so difficult to quit and how meth can fundamentally alter your brain in various ways.

Think your loved one might be on dangerous drugs? Learn what signs to look for. 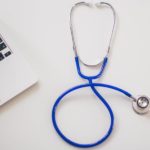 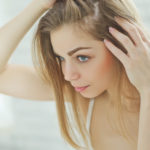