Is your best friend getting married soon? Have you been troubled with the task of planning the bachelor party? If so, and if you’re struggling, you’re in the right place.

Below, we’re going to get into the specifics of bachelor party planning, helping you plan the ideal night for your best friend and his closest buddies. Read to plan a bachelor party? Let’s get started!

Consult With the Bachelor’s Best Friends

You may be the head of the bachelor party planning committee, but you certainly don’t have to be the only member. In fact, you’re highly advised to consult with the bachelor’s other friends so that you can come up with some ideas that he (and all of you) will enjoy.

Schedule a get-together at a bar, a restaurant, or someone’s house. Once there, you can brainstorm together, voicing ideas, assigning responsibilities, and handling other pertinent tasks.

Don’t live in close proximity to one another? Start a group chat via text, Facebook Messenger, or Whatsapp.

Maybe your friend likes skiing? If so, a trip to Aspen might be a good idea.

Perhaps he likes country music? Nashville, Tennessee might be the best option.

Or maybe he’s an ocean type of guy? If so, Florida, South Carolina, California, or some other coastal location might be ideal.

Once you’ve established your planning committee, you need to put together a guest list. This list will include all of those who are (and aren’t) invited to the shindig.

Curious as to who should be on the guest list? Start with the obvious suspects: groomsmen, close friends, etc.

Once you’ve written down those names, reach out to the groom and ask who else he’d like to invite. Give him an idea as to what the party will entail, as the style of the party could affect his choices.

Talk to the Bachelor

The whole point of a bachelor party is for the bachelor to have a good time. So, while a surprise party might sound like a good idea, it could very well blow up in your face. This is why you need to talk to the bachelor about the plans that you’ve come up with.

Make sure to do this before anything is set in stone. After all, canceling out on hotel or limo reservations could cost you.

Once the bachelor has given the okay to your plans, you’re going to want to send out formal invites. Make sure to send one to every person on the guest list. You might even consider sending two invites each (one physical invitation and one digital invitation).

Do this at least a couple of months in advance. The earlier you can send them out, the greater your turnout will be.

Bachelor parties can be cheap. However, in many cases, they require their participants to put down hundreds of dollars apiece. As the planner of the party, you’re advised to receive this money upfront so that it’s guaranteed.

Calculate the cost of hotel rooms, the cost of the limo, and the cost of everything else that you’ll be doing for the weekend. Then, divide that total by the number of people in your party (minus the groom; you should pay his portion for him).

Failure to pool money in this manner could have major repercussions for you. If someone doesn’t pay upfront, you might have trouble getting money from him after the party has ended. Not only could this cause bad blood between you two, but it could also result in you losing substantial amounts of money.

And — most importantly — make sure that there’s nothing major going on in the location of the party on the day in question. Earlier this year, a bevy of bachelorette parties were spoiled in Nashville because they occurred on the same weekend as the NFL Draft. Don’t let this type of scenario ruin your friend’s bachelor party.

Time to Plan a Bachelor Party

And there it is, that’s how you plan a bachelor party. Whether you’re bar hopping and getting drunk or plane hopping and seeing a new city, the above-reviewed tips will serve you well. Now, get to planning!

Looking for other miscellaneous tips? You can find them right here on our website. Check out our other articles now! 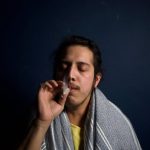 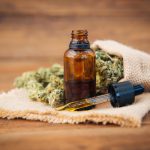