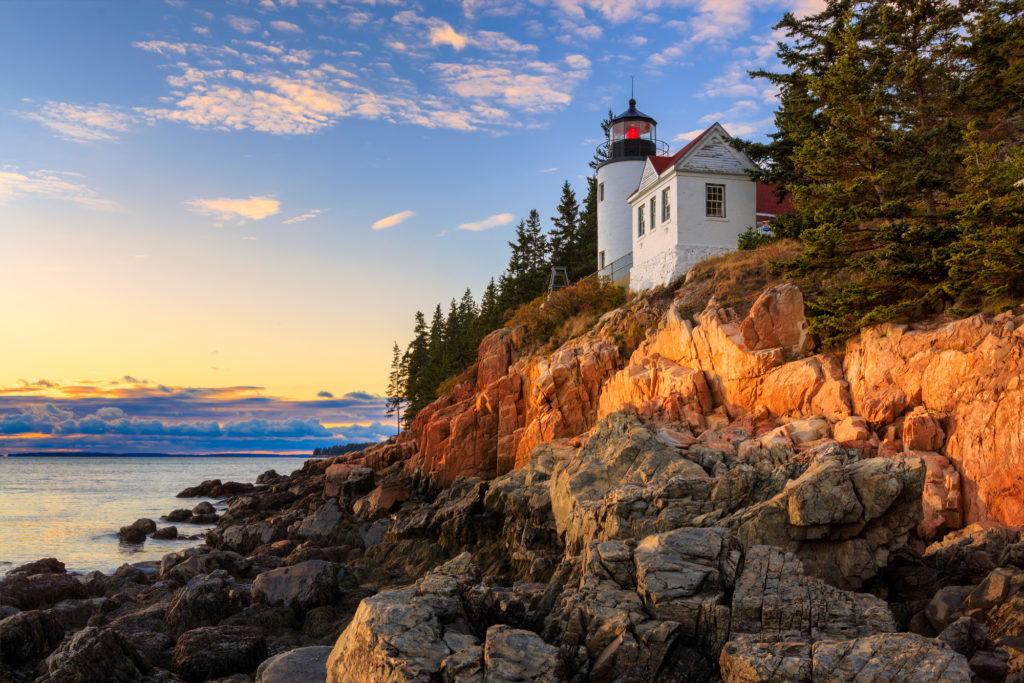 Back in the days when people and animals could stroll across from Asia to the Americas, groups of hunter-gatherers settled in Maine. That was over 10,500 years ago, even before the pyramids of Egypt came to be.

Since then vast numbers of people have made a home in this beautiful state with its forests, jagged coastline, and abundance for all. As such, Maine has a long and interesting history full of interesting facts.

Here are some of the most fun facts about Maine that will get you wondering what other fascinating things this state has in store.

Maine is famous for a few things like lobsters, lighthouses, moose and more, but do you know why? Find out here.

1. Maine has Lots of Lobsters

Nearly 90 % of the US lobster supply originates in Maine. There are over 4,600 licensed lobstermen who haul in this catch of over 40 million pounds every year. During the bumper year of 2006, these numbers crept up to over 72 million pounds.

2. Maine Lobsters Are the World’s Best

Mine lobsters are some of the best in the world. The rocky marine environment and ideal water temperatures mean that Maine lobsters have large fleshy claws and sweet, succulent meat.

One of the best places to put this taste to the test is at Bar Harbor. Every year visitors to this seaside town eat around 5 million lobsters.

Local eatery, the Bar Harbor Sand Bar can fill you in with some more facts about the town’s relationship with lobsters, and more.

3. There are More Beaches Than You Think

Maine has earned the nickname, ‘Vacationland’ for good reason. Maine is the only state that has only one American neighbor, New Hampshire. That means a lot of it borders on the ocean.

The coastline of Maine is 3,478 miles long, longer than that of California. Much of it is rocky and believed to have enough deep harbors to anchor every navy in the world. The state has over 3,000 offshore islands. Add their coastlines to the equation and you get over 5,000 miles of shoreline.

There are gorgeous stretches of white sand beaches between Boston and Portland. Birch Point Beach, Ogunquit, and Old Orchard Beach are some of the best ones.

Private citizens donated most of the land within the park and John D Rockefeller personally contributed 11,000 acres of land to Acadia National Park.

At 1.530 ft, Cadillac Mountain is the tallest mountain on the east coast.

Thanks to its position in the top right corner of the country, there are several Maine facts related to this location.

Maine is also the only American state to have only one syllable.

Famous horror novelist Stephen King was born and raised in Portland Maine and still lives in the state. His house is on West Broadway Street in Bangor and has the creepy facade one would expect from this novelist.

He and his wife own three radio stations in Maine and he wrote the book ”Carrie” while working as a school teacher in Bangor. Maine was the filming location for both the “Graveyard Shift” and “Pet Sematary” movies.

Maine’has a few other claims to movie fame. For instance, the Olde Woolen Mill in North Berwick appeared in the movie, “Jumanji” and Marshall Point Lighthouse is in “Forrest Gump”.

7. Paul Bunyan Was Born There

Bangor also claims to be the birthplace of Paul Bunyan. You’ll find a 31-foot statue in tribute to this legendary woodsman. Built in 1959, this is the largest statue of Paul Bunyan in the world.

Another huge landmark is the “Big F Indian” of Freeport, Maine. This 25-foot sculpture also goes by the name of Chief Passamaquoddy is often shot with arrows by practical jokers.

Bryant Pond was the last place to let go of hand-cranked phones. To celebrate this achievement, they erected a monument in the form of a candlestick phone. It’s 14-foot tall and thought to be the largest in the world.

8. It has Some Weird Laws

Like many of the US states, Maine has some truly unique and slightly ridiculous laws.

For starters, it is illegal to jump out of a plane in flight. You can also get into trouble for leaving your Christmas decorations up after January 14.

With an average snowfall of around 75 inches per year, it’s no surprise that Maine is where a number of snow-related inventions came about.

The snowplow, snowmobile, and earmuffs were all invented in Maine.

10. Maine Put the Hole in Doughnuts

Portland-born Hanson Gregory gets the credit for making the doughnut what it is today. This salty old sea dog was fond of snacking on blobs of fried dough while he captained his ship around the high seas.

For easy snacking access, he started impaling these fried bites on his ship’s steering wheel in 1847.

The trend spread. On the 100th anniversary of this discovery, the citizens of Portland erected a plaque at his birthplace to commemorate this contribution to the culinary world.

You can’t miss their store in town. It’s graced with a 16-foot rubber-soled boot outside the entrance. You may also get to see a mobile version of the shoe, called the bootmobile, driving around town.

Now that you’re armed with these interesting facts about Maine, read our travel tips, start planning your trip and get packing. You need a vacation.

Can’t get away? Try reading our blog for a fascinating break from your everyday chores instead. 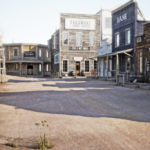 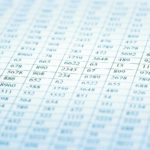