The first thing that comes to someone’s mind when they hear the word sushi is Japan, right? That’s why so many are shocked to learn that sushi wasn’t even invented there. While Japan may have perfected the art of sushi, it actually originated in the Southeast Asian region around the 4th-century B.C.E.

Sushi has since become a common staple on menus around the world. When you don’t know anything about sushi, you probably struggle to read the menus at a Japanese restaurant.

Need help differentiating between the many types of sushi? Do not fear, read our beginner’s guide to sushi.

Another misconception that people have is that they think sushi implies raw fish. However, the word sushi is associated with a certain way that rice is prepared with vinegar. Sashimi is what refers to raw fish, which is an ingredient found in many styles of sushi.

Sushi went through many different phases before becoming the way it is today. Nowadays, it typically combines fish, rice, and vegetables.

Sushi has become a staple throughout Asia and in the United States with many chefs integrating their own style into the dish. Sushi Chef David Bouhadana put his own spin on sushi and serves it as his popular New York restaurant — click here for more about Sushi By Bou.

The long list of options on a Japanese restaurant’s menu might make sushi ordering seem intimidating at first, but it’s way easier to understand once you’re familiar with all the different kinds of sushi. Here are the most common types of sushi you should order at your next visit to a Japanese restaurant:

Nigiri is one of the most widely known styles of sushi. A small portion of raw or cooked fish and wasabi is placed on top of a ball of rice.

The rice ball is prepared completely by hand. Nigiri itself means two fingers, referring to the rice ball’s precise size–the chef must be able to place two fingers on it.

Nigiri can come with a wide variety of seafood. Choose from tuna, salmon, and more to top your dish.

Chirashi translates to the word “scattered,” and basically describes the look of the dish. It typically contains several toppings like raw fish, seaweed, fish eggs, cucumbers, nori, and avocado that sit on top of vinegared rice.

This dish is easy enough to make at home, and it’s definitely a treat to have at a restaurant as well. If you’re in Japan, you’ll find that the ingredients tend to differ when you travel to different regions. Trying new foods is definitely one of the best benefits of traveling.

Maki comes in a few different forms, but all of them have one thing in common: they’re rolled up.

To prepare the dish, chefs add a layer of rice over toasted seaweed, also known as nori. The chef also places vegetables and seafood on the end of the nori and then proceeds to roll it. The pieces are then cut into smaller chunks to finish the dish.

The various types of maki are prepared differently and can contain different ingredients. These are some of the types that you might find on a menu:

Uramaki is seen more in restaurants in the United States rather than in Japan. Have you heard of a California Roll? That’s an example of uramaki.

This is a unique dish–instead of rice being placed on just the inside of the roll, it’s also on the outside. Chefs make it by placing a layer of rice on a sushi mat and then covering it with a piece of nori. The chef includes additional ingredients on the edges and then rolls it up so that the filling faces outward.

Hosomaki differs from other types of maki in that it consists of thin, cylindrical sushi rolls. Like typical maki, it also contains rice, fish, or vegetables and is surrounded by nori.

You can create this roll right in your hand–that’s why the name temaki translates to “hand roll.” After the rice and other fillings are placed into nori, it’s rolled into a cone shape that you can easily put into your hand. It’s better to eat this roll right after it’s made, due to the fact that the nori becomes soggy over time.

Futomaki and different types of sushi have a huge difference in size. Futomaki, meaning “chubby roll,” is usually about 1.5-2.5 inches wide. They can also be stuffed with at least three ingredients that’ll be sure to satisfy your appetite.

This simple dish is made by adding vinegared rice inside of a tofu pocket. It’s then deep-fried and served with a nice spongy texture.

This is one of the oldest styles of sushi, which came from Osaka, Japan. In the past, the Japanese used to place fish and fermented rice in tightly sealed containers. Doing this would successfully preserve the fish.

Nare sushi has a very distinct and strong taste. This dish is traditionally made by taking raw, salted fish, and covering it with rice. It’s then pressed down upon by a stone or other heavy object.

After several months pass, the sushi ferments and stays fresh for a long period of time.

Sashimi isn’t really a type of sushi. It’s a term for raw fish, but you’ll probably see it on a sushi restaurant’s menu.

Sashimi comes with no rice and is served with just plain raw fish. So if you really want your taste buds to experience something new, keep an eye out for sashimi.

Sushi is a delicious meal that no one should have to miss out on. By becoming acquainted with all the types of sushi, you’ll have no problem flipping through the menu and picking out exactly what you want.

To learn more about other cultures and get some helpful vacationing tips, check out our travel blog. 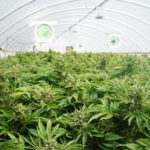 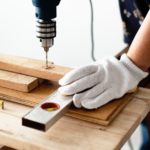