When you say he’s flushed his life down the toilet, you get the metaphor. Gone, it’s over. Sinking to the lowest of the low.

Here’s our curated list of the 10 strangest things plumbers have found in a clogged pipe. You won’t believe what some people flush.

A plumber was called to fix plumbing issues in a New York home in 2017. He was working in the main sewer line in the basement when he unearthed a 3-month-old fetus in the pipe.

The tenant admitted that she had had a miscarriage and hadn’t wanted to go to the hospital because she didn’t have insurance.

Here’s another baby story. A young university student in China delivers a baby in her dorm’s restroom. Then she flushes the newborn down the toilet.

The infant’s body became stuck in the pipes and began to wail. Other students heard the sound coming from the pipes and called the police.

Firemen were amazed to find the baby still alive and wedged in the pipe. It was a race against time to get her out of there. They freed the baby and medics rushed her to the hospital.

The mom was identified and taken to the hospital as well. I guess in China they don’t have the saying “don’t throw out the baby with the bath water.” Or toilet water, in this case.

A plumber who wishes to remain anonymous once found a prosthetic leg in a septic tank.

He did what any self-respecting plumber would do, he took it out, cleaned it off and kept it. It is now proudly on display in his house as a trophy.

This story just boggles the mind. Leaving aside the question about why someone would flush a prosthetic leg (maybe they couldn’t walk to the garbage without it). The real wonder is how it flowed down the U-bend in the toilet, along the pipe all the way to the septic tank.

This is going to sound like fake news, but it is totally true. Two Canadian plumbers found a gold brick in the pipes of a couple’s home.

“That’s where that pesky thing went” they must have thought. Apparently, the gold brick had been missing for a few years. Here’s the kicker: the solid gold brick is worth $40,000!

How do you misplace a giant hunk of gold? Maybe for this couple, it’s just chump change.

It’s not hard to imagine flushing jewelry down the toilet. It probably happens every single day. What makes this story amazing is how the neighbors came together to save the (big) day.

Resourceful neighbors in Alamo, Calif., put their heads together to save a $10,000 diamond engagement ring a distressed bride had accidentally flushed down the toilet.

When snaking the drain didn’t work, building inspector Ken Gunari recommended that they try to flush the ring down the sewer line. They turned on the bathtub and dumped 2 five-gallon buckets of water into the toilet all at once.

About 200 feet from the house, the neighbors dug out the sewer line and added a screen to catch the ring. The plan worked. The ring was rescued un-damaged.

You can bet that if they weren’t invited to the wedding, now they were on the guest list.

My question is this: if the couple is dropping 10K on a ring, why not hire a plumbing service with actual work experience to come?

5. A Whole Lot of Condoms

One plumber was going about his business clearing some blocked pipes at a retail establishment. He was so glad he was wearing gloves when he fished out over 17 oozing used condoms.

The manager proudly explained that he has sex after hours and would often throw the used condoms in the dishwasher.

There’s a lot wrong with this story. But the biggest question is, why the dishwasher? Was he hoping to sanitize and re-use?

A maintenance worker at the airport is no stranger to weird things. So when he gets a call about a clogged toilet in the men’s washroom he thinks it’s either a wallet or a wad of toilet paper.

After unscrewing some pipes, he sees a set of pearly whites smiling up at him. A full set of dentures (both top and bottom) was the source of the blockage.

So he did what anyone would do. He put them in the maintenance closet under a pair of lost sunglasses and named his new friend, John. Because of where he was found.

For those of you who don’t know, a mortal is a military weapon that fires explosive shells. Soldiers fire it up into the air, rains down on the target and KABOOM. You get the idea.

Some genius in Nashville thought it would be funny to flush a mortar shell down the toilet. The plumber retrieved the item and handed over the bill.

Luckily, a shell is not dangerous. The scary part is that the idiot who did this probably thought it would work. To what aim, my friend? To what aim?

Sure, a cell phone going down the toilet is not so interesting or strange. Almost everyone is on their phone while they sit on the can.

But how would a brand new, fully boxed iPhone 5s still in the plastic wrapping get down the drain?

That’s what one plumber wondered when he worked on a clogged drain at the airport. My guess is that it was stolen and the inexperienced thief panicked and flushed.

I wonder if it would still be operational. After all, it was turned off and in the protective packaging.

A plumber working at a nightclub will certainly have a lot of stories to tell.

This one guy worked at a club that had a nightly drag queen show. He goes to fix a clogged toilet in the gents. When he pulls his plumbing snake out attached is nothing other than a fire-engine long, red wig.

The plumber put 2 and 2 together and realized it belonged to one of the performers. So he hangs it on the hook of a stall to dry.

Next time he sees the show, he recognizes the wig on a performer’s head. Makes you wonder if the performer knew he ha flushed it, why on earth would he wear it ever again?

This one takes the cake for bizarre things to come out of a toilet. Two plumbers had to remove a toilet to access whatever was causing the blockage.

They did and found a bag full of seashells with a family photo inside. You can just picture a cute little family on their beach holiday, collecting shells as mementos of the trip.

But the question remains, how did it end up down the drain?

Maybe it’s a family tradition: flush a souvenir at every stop along their road trip. Just kidding. Read about other strange holiday traditions all around the world.

Beware of a Clogged Pipe

The moral of this list is beware of a clogged pipe. You may get a whole lot more than you bargained for.

If anything, we hope this list of strange things to come out of a drain will make you see plumbers as unsung heroes. Maybe they should get included in parades along with first responders.

Did you enjoy this list? Check out CuriosityHuman for more weird and interesting things you want to know. 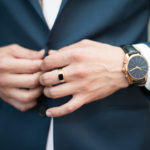 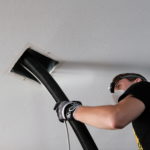