Globally, soccer is the most popular sport in the world. According to World Atlas, soccer has more than 4 billion fans. This is closely followed by cricket (2.5 billion), field hockey (2 billion), and tennis (1 billion).

One of the most interesting soccer facts is 3 out of 5 of the highest paid athletes are soccer players. They are Lionel Messi ($84 million), Cristiano Ronaldo ($61 million), and Neymar ($73 million).

Want to know more facts about soccer? In this article, we highlight 5 interesting soccer facts every fan should know.

Soccer Is a Shortening of Football’s Original Name, Association Football

The origin of soccer started in China in the Han Dynasty. It originates from an ancient Chinese game called cuju. The introduction of football in England and Europe was in the late 19th century.

To standardize the game, the Football Association was formed in 1863 in London. The name ‘association football’ can be traced to the University of Cambridge in 1848. This is where officials wrote the first football rules.

It was later called soccer as a shortening of association. Today, the only countries that refer to football as soccer are the United States and Canada.

The Fastest Goal in Soccer Was Scored Less Than 2.5 Seconds After Kick Off

Another interesting fact about soccer happened in 2009. A Saudi Arabian International by the name Nawaf Al Abed made history by scoring 2 seconds after kick off. He saw an opportunity and made a shot from the kick off into the goal area.

In 2017, Andrew Alston scored 2 seconds after kick off. The game was between Hempstead vs Renegades and ended 6-0.

Dixie Dean scored a total of 383 goals making him the top scorer in Everton. Founded in 1878, Everton is a founding member of the Football League and Premier League. Checkout Toffee Targets for more news on Everton and learn more about your favorite team.

In April 2001, American Samoa and Australia played each other in a World Cup qualifying match. The match ended 31 – 0 but this is not the only record. Archie Thompson made soccer history by scoring 13 goals.

This was one of the best gifts to Australian football fans that wasn’t a jersey.

Greenland is a massive island covered in ice. As an autonomous territory of Denmark, it has a population of 57,171 according to a World Bank survey in 2017.

Since the island is largely covered in ice, there is not enough grass for a football field. As such, Greenland cannot join FIFA and take part in the World Cup.

He was 18 months at the time of signing the contract. As a result, he now holds the record of the youngest professional soccer player in the world.

As a hardcore soccer fan, you can’t kick off the UEFA Premier League without learning soccer facts. By not learning the fun facts about soccer, you might look clueless in front of your friends. Don’t want to feel out of place? 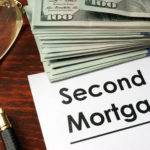 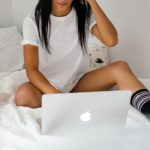