What’s more addicting than cocaine and heroin? Nicotine. It’s no secret that smoking is a nasty habit that may seem impossible to break. However, new discoveries are finding that CBD can be a great alternative for those looking to break the habit of smoking. Keep reading to find out why more and more people are using CBD cigarette alternatives to kick their nicotine habit.

Why Is It Hard for People to Stop Smoking?

Studies show that most people who tried to stop smoking ended up relapsing–usually in within the first year. But why? According to a 2015 report by the Center for Disease Control, nicotine can be as addictive as heroin and cocaine.

What happens when you smoke cigarettes is the nicotine stimulates the release of dopamine, the powerful chemical in the brain responsible for pleasure and happiness. Once addicted to nicotine, the brain constantly craves it.

Can CBD Break the Nicotine Habit?

Before we talk about how CBD can help those looking to quit smoking, let’s define what CBD is.

CBD is one of the many cannabinoids found in cannabis. Unlike, the cannabinoid THC, CBD does is non-psychoactive — meaning it doesn’t get you high. Instead, CBD produces an anti-inflammatory effect. CBD is also said to relieve anxiety and boost energy — we’ll get into those effects later. Therefore, CBD can be ideal for beating a nicotine habit.

In a 2013 study published in the Journal of Addictive Behaviors, researchers tested the effectiveness of inhaled CBD on those who wanted to quit smoking. The study observed 24 individuals for one week. Half the participants were given a CBD inhalant and the other a placebo.

When the test subjects had a nicotine craving, they were instructed to use the CBD or placebo inhalant. It was found that the CBD group smoked 40 percent fewer cigarettes while the placebo group did not show a reduction in cigarettes smoked.

Moreover, CBD recreates the same stress-relieving effects of a tobacco cigarette. To explain, CBD is said to help activate parts of the brain that release dopamine, which is responsible for feelings of calm and well-being.

A 2018 study performed on rats addicted to alcohol saw that CBD decreased stress-induced drug-seeking. These results further prove that CBD helps smokers resist their urge for a cigarette during a stressful situation.

One of the challenges smokers face when quitting cigarettes is overcoming triggers associated with smoking. For many smokers, the brain associates things like drinking coffee, taking a lunch break, or even watching TV with smoking a cigarette. In other words, smoking is engraved in your memory.

Though, studies show that CBD can help reduce the impact smoking cigarettes has on your long-term memory. In a 2017 study done on rats, it was found that CBD changes the association with an addictive substance to a specific environment or activity.

It was also noted that CBD can have the power to break the cycle of addiction and relapse. In other words, CBD alternatives can help remove the addictive association between certain actions and smoking.

CBD helps your body stay balanced, and it staves off nicotine cravings without the side effects of most nicotine quit aids. Also, some CBD cigarette alternatives could even make smokers feel like they’re smoking a real cigarette.

Specifically, CBD pre-rollers and hemp cigarettes look like the familiar tobacco cigarette and provide the same anxiety-relieving benefits of nicotine. You can find hemp and CBD cigarettes at many retailers including this website.

Smokers who can’t do without lighting up a cigarette would also find that CBD vaping pens are close to the real thing. Many would be able to step outside and put the vape pen to their lips — like they would a traditional cigarette. Vape pens allow them to kick their nicotine habit without giving up the action of smoking.

In times of high stress or anxiety, it is encouraged to reach for a vape pen instead. The action of puffing is the same as smoking a tobacco cigarette and have the same relaxing effects. Another bonus of CBD vaping is that, unlike cigarettes, it doesn’t stain teeth or leave a lasting odor.

People wanting to quit smoking may find that CBD oil drops also help curb nicotine cravings. CBD oil drops usually take about 30 minutes to reach your bloodstream and the effects last for several hours. CBD oil edibles work the same drops but take a little longer to take effect–for up to an hour.

One of the major turn-offs to quitting nicotine is the withdrawal symptoms. Nicotine causes the brain to release a chemical called serotonin, which is responsible for feelings of happiness. When smoking is stopped, nicotine withdrawal takes place and results in depression, anxiety, and lethargy. This is when smokers will crave cigarettes the most.

It is believed that CBD oil can activate the part of the brain that boosts serotonin, much like an antidepressant. Hence, CBD oil can reduce the psychological symptoms associated with nicotine withdrawal.

Stopping nicotine can also cause headaches and body aches. Because CBD has anti-inflammatory properties, it relieves the physical symptoms caused by smoking cessation.

Lastly, people who quit smoking also may have a hard time getting restful sleep. CBD oil has been said to help people fall asleep and wake up energized until other prescribed sleep aids.

Beating a Nicotine Addiction Is Possible

Despite the statistics, it is possible to beat nicotine addiction–especially when using CBD cigarette alternatives. Before using any CBD products please consult with your doctor for CBD can interact with some prescription medications.

Also, it’s recommended that you go to a cannabis doctor who can help you better manage nicotine addiction. Doing this will ensure that you’re getting the right CBD oil dosage.

While it may be uncomfortable in the beginning, smoking cessation is worth it. Quitting smoking reduces the chances of heart disease and cancer. You could be adding years on your life by making the decision to quit.

Don’t forget to bookmark our site to never miss any of our posts! 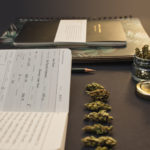 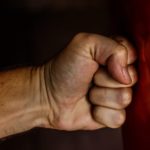