When you hear the word “assault,” you may think of violent muggings that lead to the victim getting rushed to the hospital. While this isn’t completely off base, there’s a lot more to the legal definition of assault.

What constitutes an assault charge along with the associated penalties varies from state to state. There are also federal laws surrounding this serious crime.

However, if you want to gain a better understanding of this criminal charge, it helps to understand the different types of assault an individual can commit. We’re going over some of the most common forms below.

One of the most misinterpreted phrases in the criminal justice system is assault and battery. Defining these two terms separately will shed some light on what assault means.

If an individual threatens or attempts to cause physical harm to another person without the use of a weapon, they’ve committed assault. A charge of simple assault doesn’t have to result in an injury.

This is where things get a little blurry. Once the threat of harm takes place, an assault has occurred. Physical contact doesn’t have to happen.

Battery, on the other hand, refers to the act of violence. This could mean anything from a light slap to an all-out attack.

That’s why some states charge violators with assault and battery. The perpetrator threatened and then carried out an attack. However, most people shorten the name of the charge to assault.

Aggravated assault can take many forms. Most states define it as an assault during which the perpetrator used a weapon. A person will also receive this charge if they assault someone while carrying out another crime.

In some states, to get charged with aggravated assault, the victim must sustain injuries during the attack. This could involve a direct injury from the assault or getting injured while running away.

The intent to commit a sexual assault may result in an aggravated assault charge. A court may also charge an individual with aggravated assault after an instance of domestic violence. This depends on the jurisdiction where the crime occurred.

One of the most physically and emotionally damaging types of assault is sexual assault. This crime can take many forms and is typically carried out against women and minors.

Many sexual assault charges involve rape. This is defined as forced sexual intercourse against a person’s will. Approximately one in five women will become the victim of rape at some point in their lives.

Attempted rape is also considered sexual assault. This occurs when the perpetrator forces sexual contact but the victim is able to deter the act.

Another form of this crime is sexual contact with a minor. A sexual assault charge will result regardless of whether the contact was consensual or not.

A drug-facilitated sexual assault occurs when the perpetrator uses drugs or alcohol to incapacitate the victim. This often occurs at clubs or parties.

When a person uses a vehicle to threaten or cause physical harm, they could get charged with vehicular assault. This crime is very serious, as it could lead to severe injury.

Many times, the crime occurs as a result of road rage. An individual may start driving aggressively when another motorist cuts them off. Their reckless driving could cause an accident or they may collide with another vehicle on purpose.

Pedestrians or cyclists may also become the victims of vehicular assault. A driver may attempt to hit a person on purpose or accidentally strike them while driving recklessly.

Some states don’t recognize this assault charge. If a person gets injured by a vehicle during a separate offense, the judge will increase the guilty party’s penalty.

A victim of vehicular assault may also file civil charges against the driver. If found guilty, the perpetrator may have to pay damages for things like medical bills and lost wages.

Assault with a Deadly Weapon

When a person uses a deadly weapon during an assault, the results can be disastrous. This is a very serious crime that could lead to debilitating injuries.

A deadly weapon is anything that could hurt or kill another person. Knives and guns are the most common, but many other items fall under the category of deadly weapons. Baseball bats and crowbars are two examples.

In some cases, a body part may be considered a deadly weapon. For example, if the perpetrator used their fist to punch or their teeth to bite, they could get charged with assault with a deadly weapon.

Courts consider how the perpetrator used the weapon during the assault. They’ll also consider whether or not the assault was intentional.

Like simple assault, physical harm doesn’t have to occur for a person to get charged. A threat alone may constitute assault with a deadly weapon.

Assault with the Intent to Commit Murder

Many states refer to this form of assault as attempted murder. Perpetrators of this crime may face life in prison if convicted.

However, the prosecutor in the case must prove that the person who carried out the crime intended to kill the victim. They must also prove that the perpetrator had the ability to commit murder. This is hard to prove, which is why the charges often get reduced.

Many times, judges reduce this charge to either aggravated assault or assault with a deadly weapon. It all depends on the circumstances of the case and the jurisdiction.

If the perpetrator has prior charges, they could face and extensive prison sentence, years of probation, and expensive fines.

Understanding the Different Types of Assault

If you’re the victim of an assault or are facing charges, it helps to understand the different legal categories of the crime. Remember, it’s important to check your state’s laws to ensure you know how courts handle each charge.

However, the six types of assault discussed above are a good foundation for your understanding of the offense.

We hope you’ve found this article helpful. Feel free to check out the rest of our site for more information on a wide range of topics. 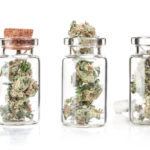 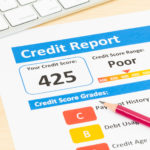