Michael Jackson has conquered every region of the world with his music, dance, and composition. Also, he has been a great philanthropist and his charity work is something written in golden words in the history of the world. These top 10 amazing statues of MJ around the world are the true evidences of people’s love for the King of Pop.

These are placed in various locations including Austria, China, Rome, Brazil and other places where Jackson has left his everlasting impressions in the form of music and lots of love. 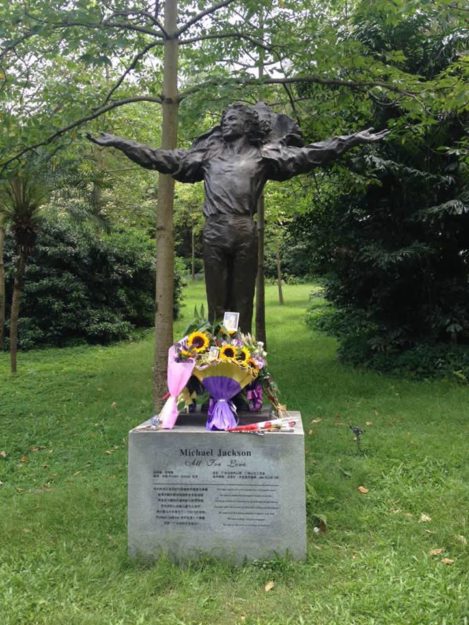 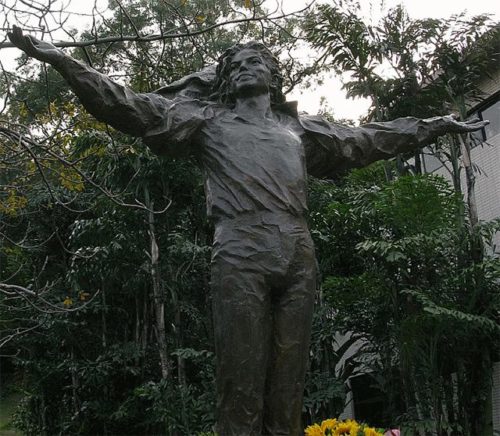 On the top of all, we have the finest statue of the King of Pop, carved by Zeng Kang Lu, placed in the Guangzhou Sculpture Park located in China. After Michael’s death, the natives of the place gathered funds for creating the statue in the loving memory of the legendary artist. 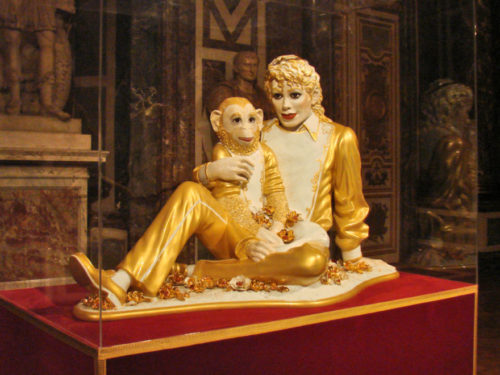 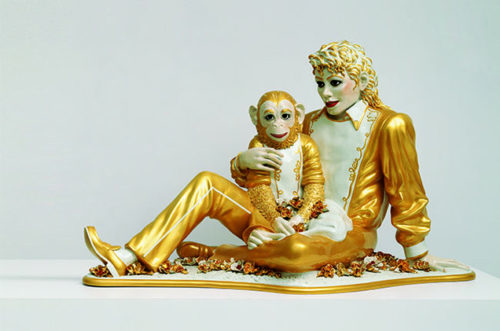 None of MJ fans can forget the beautiful bonding between MJ and his pet chimp, Bubbles. The supreme quality of the statue makes it unique from the rest as we can see the gold detailing is distinguishing it. Sculpted by Jeff Koon, this statue is depicting the love Michael and Bubbles had for each other. 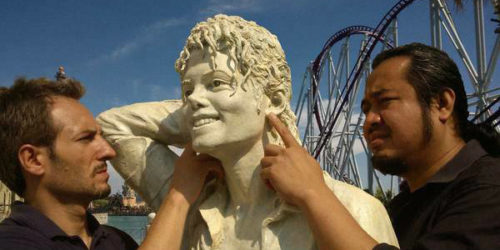 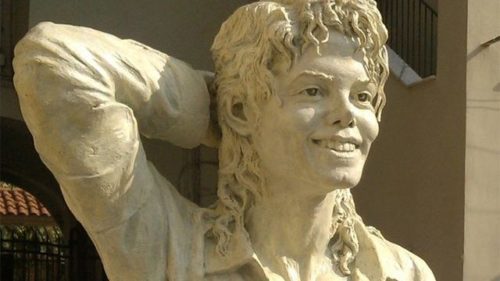 This statue of Michael will bring tears to your eyes along with a smile on your face as you’ll see the young artist scratching his hair from behind and showing his million dollar smile. Placed in Rome at the Magicland Theme Park, this statue recalls us the times Michael had fun with the kids in Neverland.

Michael most famous statue was the one we saw on the cover of HIStory album and on the very first glance it won our hearts. There were 9 statues built by Sony, of 32-foot height. Those were positioned on various sites in Europe. One of those can still be seen in the parking lot of McDonald’s standing with pride. 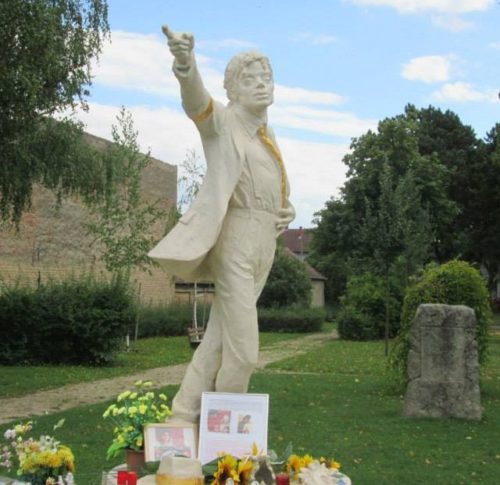 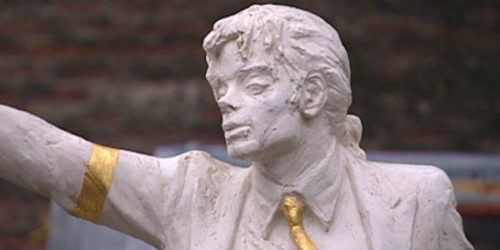 Austria is also among the blessed country having a beautiful sculpture of Michael Jackson created by Daniel Kartakova. In the ‘Smooth Criminal’ attire, it is one of the weirdest statues of MJ with the golden tie and golden band on the arm. The whole figure is whitewashed. 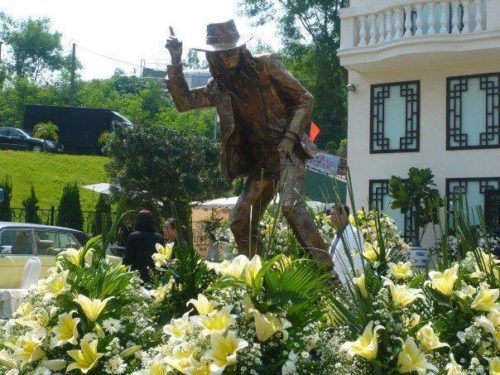 The copper statue situated at Hong Kong in Shan Yuan Temple is one of the examples of Michael’s love in the heart of Chinese people. Alex To, a Hong Kong-based vocalist initiated building the statue as a tribute to the artist who visited him in 1987. A great ceremony was held at the inauguration of this sculpture. 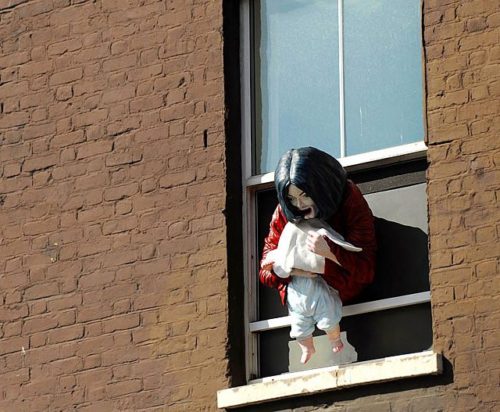 The incident of Michael showing off his 9-month old son, Blanket from the balcony is one of the happenings that are still being remembered by the world. An artist transformed that event into a statue entitled ‘Madonna and Child’ for which she was being criticized as well because many of the MJ followers pointed that figure as a dishonor to him. 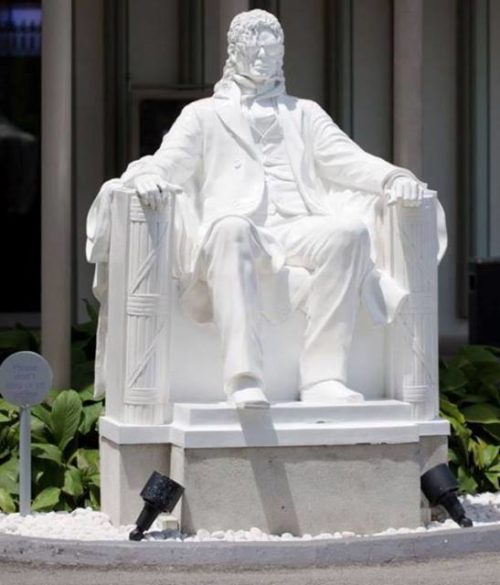 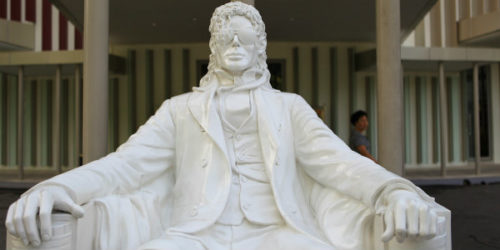 Among the most interesting MJ statues is a whitewashed sculpture of Michael reflecting Abraham Lincoln’s style, located in Malaysia at Hard Rock Hotel. The facial features are finely carved as the masterpiece is created by SCULPTUREARTWORK. 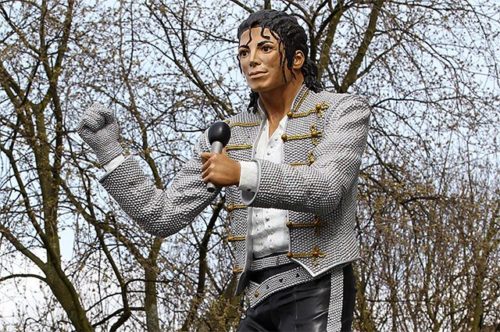 This one is actually a gift from a fan to his idol. Al-Fayed, a business Tycoon actually took initiative for this statue at the Fulham Football Club when he used to be the chairman there. The sculpture was criticized because of its stiffness but still, it succeeded in getting attention from the world. 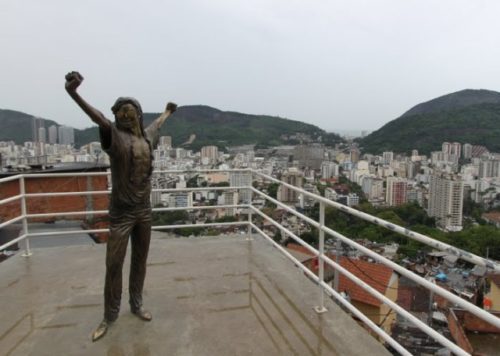 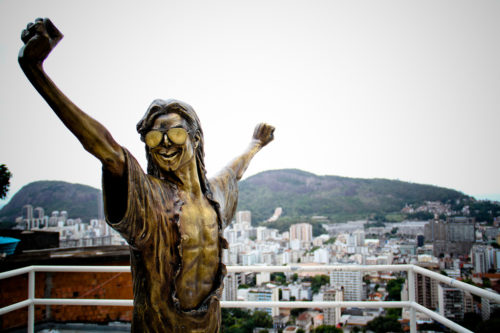 Now this one will definitely make you recall the hit soundtrack of the King of Pop, ‘They Don’t Care About Us’ which was filmed in Rio De Janeiro. Although, the face of the statue isn’t resembling Michael at its best but still it brings back all the memories he has given to us. 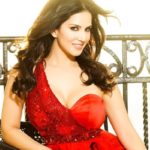