Over 40% of working women say that they’ve been the victim of discrimination in their workplace.

What’s more, discrimination within the hiring practice hasn’t decreased in a shocking 25 years.

If you think that you’ve been the victim of workplace discrimination, we know that it can feel incredibly overwhelming. You’re afraid of losing your job, concerned that you might be overthinking things, and worried that you’ll have to deal with discrimination at work for the rest of your career.

However, regardless of your race, age, your gender, religion, or sexual orientation, you have rights. Don’t be bullied into not standing up for them.

Instead, empower yourself by starting to understand what you should do if someone makes discriminatory comments about you at work. Keep on reading to learn how to fight back the right way.

If you’re experiencing discrimination at work, the first thing that you need to do is make sure that your workplace has an anti-discrimination or even sexual harassment policy in place.

This is because the fact that the company has a specific policy means that employees should be informed about what kind of behavior is and isn’t acceptable. If you can show that policy in writing, and clearly indicate how the discrimination violated it, you have a strong foundation.

Now is also the time to take a look and both federal and state anti-discrimination laws. For example, take a look at the Americans with Disabilities Act, the Family and Medical Leave Act, and Title VII of the Civil Rights Act.

These will all help you to understand how the law is on your side when it comes to workplace discrimination.

In some cases, cultural discrimination in the workplace may mean that employees have left physical evidence, like notes, pictures, or even objects, of their actions.

Make sure that you collect as many of these as possible. Take photographs of what was left for you to find.

Of course, not all evidence is tangible. Perhaps someone made an insulting comment about your age to you in a meeting. Maybe your boss said something about your sexual orientation that was clearly insulting.

If possible, see who else in the office may have heard the comments. This will help bolster your case. However, sometimes, your coworkers may be too frightened to admit what they heard.

You should also make certain that you keep a written diary/log of all the discriminatory comments and actions that you’ve had to deal with. Make sure you write down the date, time, and parties involved.

If they took place over email, all the better. Save and even print copies of these emails, and store them in a file.

3. Go to Your Employer

We completely understand that the idea of reporting workplace discrimination is intimidating.

However, the truth is that companies don’t want to deal with a lawsuit or a stain on their brand’s reputation. (We wish we could say that it was their love of equality that was the main motivator, but in some cases, the fear of legal action can work in your favor.)

Plus, once you’ve collected evidence and supporting statements from your coworkers, the truth will be hard for your employer to deny.

It’s important to show that you’re serious about the discrimination you’ve faced and that you’re not going to “let it go.” Tell your employer that you’d like them to make a report of your claims, as well as to investigate the matter fully.

Remember that the law requires your employer to look into allegations of discrimination. If they refuse to do so, then you may need to look into pursuing legal action against them.

Of course, the unfortunate truth is that many companies won’t take complaints of discrimination in the workplace seriously.

They may find a lack of evidence, the abuse may continue, or in some cases, they may not bother to respond to your complaints at all.

They’re hoping that you’ll let the matter drop and move on. Don’t let them bully you into staying silent and having to put up with an unacceptable work environment.

Instead, get an employment lawyer that specializes in workplace discrimination. They’ll help you to build your case, collect more detailed evidence, and can even communicate with your employer on your behalf.

Once a lawyer is involved, you may be surprised to see that your workplace is suddenly taking the matter much more seriously.

If you don’t yet want to work with a legal professional, you have other options.

You can also contact the Equal Employment Opportunity Center or the EEOC for short. They’re a government agency that ensures workplaces are compliant with the national anti-discrimination laws.

And, when your employer realizes that you’ve gotten them involved, it’s likely that things will be taken much more seriously.

You Don’t Have to Accept Discrimination at Work

If you’re dealing with discrimination at work, we hope this post has helped you to remind you that the law is on your side.

Of course, it’s ultimately up to you to get the case in motion, as well as to collect evidence and report the behavior to your employer.

We know it can be frustrating to have the burden put on you, but standing up for your rights is the only way you can change the situation.

Looking for more information about how to find a good lawyer? Are you an employer who would like to make sure your employees feel safe and respected at work?

Keep coming back to our blog for more advice on how to create a work environment that’s fair for everyone. 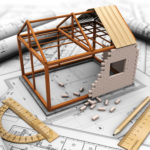 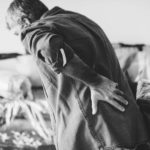