List of Top 10 Most Influential Women of 21st Century
“She is clothed in strength and dignity, and she laughs without fear of the future.”
Largely, women are considered to be suppressed by men, but some women have proven this mistaken with their strong influence and inspirational strength.

They proved their influence with politics, charity, art, entertainment and media and through many other aspects. Discussing here the top 10 most influential women of the 21st century.

(“Probably my worst quality is that I get very passionate about what I think is right.”)

As a symbol of strength for women across the world, Hilary Clinton can be undoubtedly declared as the most influential women of the 21st century. She is an American politician who served as the 67th United States Secretary of State under President Barack Obama from 2009 to 2013 and nominee for president of the US in next 2016 election. She has empowered millions of women around the world through her politics and philanthropy. Her feminist attitude has actually taken her to the peaks of success as it’s not so easy to empower women. She was one of 27 women who graduated from Yale Law School in 1973, out of a class of 235. Hilary has won a Grammy for the audio edition of her book, ‘It takes a Village’. Since 2010, Clinton has been named as one of the most powerful women in the world by forbes edition. Her current net worth is 45 million USD.

(“The more you praise and celebrate your life, the more there is in life to celebrate”.) 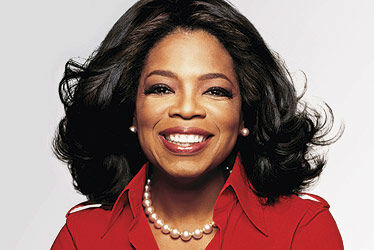 Born on 29th January 1954 A well-known media proprietor, Oprah Winfrey has been working has a talk-show host, actress, producer and philanthropist since decades. Her current net worth is 3 Billion USD. According to Forbes Magazine, Oprah became the first African-American woman to reach billionaire status. She has used her position to educate, empower and influence people in all walks of life. In 2013, she was granted the ‘Presidential Medal of Freedom’. She has also attained dozens of awards and recognitions for her broadcasting and acting profession. Oprah founded the Oprah Winfrey Leadership Academy for Girls in 2007 as a girls-only boarding school with an investment of 40 million USD.

(“There are still many causes worth sacrificing for, so much history yet to be made.”) 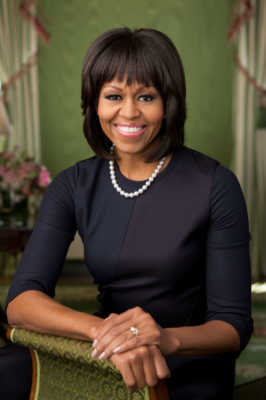 Michelle LA Vaughn Robinson Obama, an American lawyer, and writer is the wife of 44th and current American President Barack Obama. ‘Let’s Move’ is a program developed by Michelle Obama to solve the epidemic of childhood obesity within a generation. She has been supporting several charities like ‘Be the Change’, ‘Healthy Child Healthy World’, ‘Bob Woodruff Foundation’, ‘Peace Players International’ and ‘Entertainment Industry Foundation’. In March 2015, Mr. and Mrs. Obama launched ‘Let Girls Learn’ which is employing a holistic approach to supporting the whole girl recognizing that adolescent girls face multiple challenges in pursuing an education. Current net worth is 11.8 million USD.

(“I’m a survivor – a living example of what people can go through and survive.”) 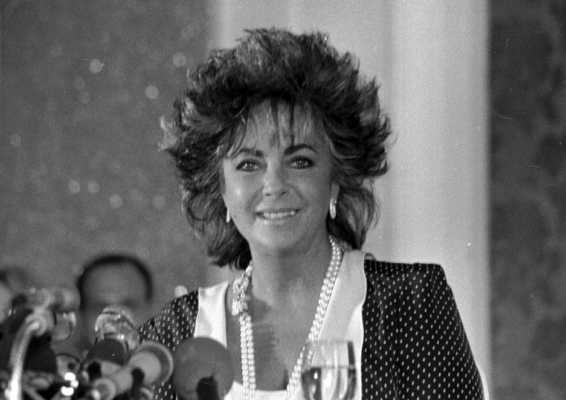 Starting her career as a child star in the 1940s with MGM, Dame Elizabeth Rosemond Taylor was a British-American Actress who became a screen actress during Hollywood’s Golden Age. She also won Kennedy Center Honors in 2002. One of her block buster movies were ‘Cleopatra’ released in 1963. Her prominent impact on pop culture will be felt for years. Until 1966, she was considered as the most beautiful lady on earth. She established ‘The Elizabeth Taylor AIDS Foundation’. The Elizabeth Taylor AIDS Foundation’s operating costs are paid by Ms. Taylor’s Trust; therefore, 100% of every dollar donated goes directly to helping people affected by HIV/AIDS. Net worth is said to be 608.4 million USD.

(“We’re in a new world. We’re in a world in which the possibility of terrorism, married up with technology, could make us very, very sorry that we didn’t act.”) 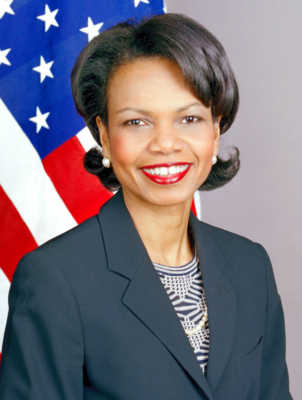 An American political scientist and diplomat, Condoleezza “Condi” Rice served as the 66th US Secretary of State and was the second person to hold that office in the administration of President George Washington Bush. Condoleezza won a NAACP Image Award for Outstanding Literary Work- Youth/ Teens in 2011. Furthermore, she was awarded for the Women’s champion in 2008 in the category of Glamour Women of the year awards. She has been supporting ‘Clinton Foundation’, ‘UNHCR’ and ‘Clinton Global Initiative’ for charities. In 2013, she joined Pen Fed Foundation to support the Defenders Lodge project. Before she became secretary of the state, she was Bush’s National Security Advisor during his first term (2001-2005). Current net worth is 4 million USD.

(“I get nervous when I don’t get nervous. If I’m nervous I know I’m going to have a good show.”)

As the most grammy nominated female artist, Beyoncé Giselle Knowles-Carter is an American singer, songwriter, and actress. The lady is not inspirational to general people, but also an inspiration to various artists like Adele, Britney Spears, Lady Gaga, Miley Cyrus, Nicki Minaj, Paul Mc Cartney, Priyanka Chopra and many more. Currently, she is supporting more than 30 charities around the globe. According to NY Times, Beyoncé was the woman on top of the world in 2014. Time magazine answered to a question, “Who runs the world?” The answer given by them was Beyoncé. Beyoncé-inspired Skyscraper is to be built in Melbourne approved by the city’s planning commission. Current net worth is 1 billion USD. 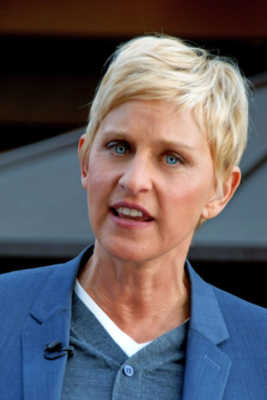 Ellen Lee DeGeneres is an American comedian, television host, actress, producer, and writer. Presently, she is supporting more than 40 charities. Having a charming smile on her face, the lady has made a positive impact on the world by donating to and helping underprivileged schools and kids. She influenced Gay rights more than any other celebrity. On the other hand, the lady has always been kind to animals as well. In 2010, she served as a campaign ambassador to Farm Sanctuary’s ‘Adopt a Turkey project’. The current net worth of Ellen is said to be 285 million USD.

(“Being powerful is like being a lady. If you have to tell people you are, you aren’t.”) 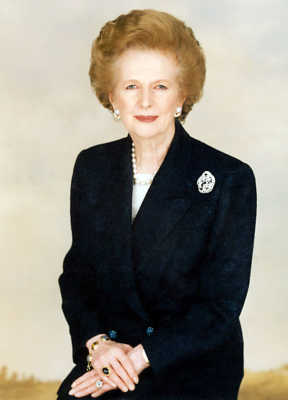 With a net worth of 10 million USD, Margaret Thatcher is considered as one of the most influential ladies of the 21st century. Margaret Hilda Thatcher, Baroness Thatcher was the Prime Minster of UK from 1979 to 1990 and the leader of the conservative party from 1975 to 1990. The Margaret Thatcher Foundation was formed in 1990 to advance the cause of political and economic freedom. She not only turned around the British economy in the 1980s but her methods were also copied in more than 50 countries. ‘Thatcherism’ is worldwide famous as the political style and conviction politics, economic and social policy initiated by Margaret Thatcher.

(“When it comes to human dignity, we cannot make compromises.”) 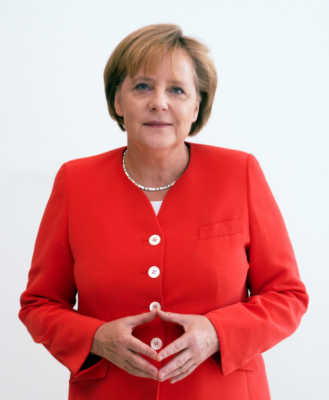 With the current net worth of 11.5 million USD, Angela Dorothea Merkel is considered as one of the top most inspirational females of a 21st century. She is a German politician and former research scientist who has been the Chancellor of Germany since 2005. Furthermore, Angela Merkel is the leader of the Christian Democratic Union since 2000. She is Germany’s first female political leader and famously left many men behind her on the way up. On 7th January, she attended a reception in which she received children who took part in the Stern singer Project, collecting money for charity programs that help children in need around the world. Since 2006, Markel inducted the most powerful woman in the world by Forbes Her influence now extends to German slang. ‘Merkeln’ means being indecisive or failing to have an opinion, is topping a poll to choose Germany’s favorite new ‘youth words’.

(“Poor is the man whose pleasures depend on the permission of another.”) 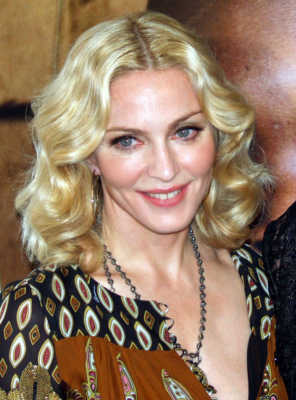 Madonna Louise Ciccone is an American singer, songwriter, actress and business woman. Having a net worth of 800 million USD, Madonna become popular by pushing the boundaries of lyrical content in mainstream popular music and imagery in her music videos, which became a feature on MTV. ‘Raising Malawi’ is a charitable nonprofit organization founded by Madonna and Michael Berg in 2006 dedicated to helping the extremely poor people, especially the orphans of Malawi by a provision of education programs. She is the best-selling recording female artist of all time by Guinness World Records. Madonna has influenced many artists with her charming talent. Katy Perry, Justin Bieber, Adele, Beyoncé, Shakira, Iggy Azalea and many more artists are influenced by her. 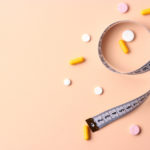 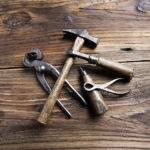