Life’s romance and forbidden love come in all shapes. Homosexuality is no far behind. What is taboo in the world today, may find a meaning in itself tomorrow, because that is the rule of life, it keeps on changing. With the best movies of all time, we will try to unfold the beauty of romance and its various forms. Under the layers of incest, adultery, and romance, here’s a glimpse of these masterpieces that you dare not to miss watching.

Do not believe us, go yourself on the hunt and find the missing part of the world.

Two lovers, Camille and Martin are doubting their relationship as the curtains unfold. Both of them were teachers at a Christian college who were thinking of getting married. But, Camille was still giving herself the benefit of doubt because her dog’s death more difference to her than Martin could ever do.

Camille finds it amusing to be attracted towards Petra, yes, a woman! She seeks chances of meeting her and making love with her. The most abandoned love gives her a rescue from her life. Petra’s free-spirit helps her understand her own situation with Martin and she accepts this new change by coupling with Petra.

Agnes must be a pretty woman. But, do women fulfill what Paul was looking for? Paul’s longing for human relations regardless of gender is what makes this movie casting a spell of its own. Paul’s refusal to stay with Agnes and spend a good time with his roommates clearly explains what he was willing for.

Paul’s roommate, Louis-Arnault makes him fall into a life-changing decision. Paul’s attraction towards Louis made Agnes uncomfortable and jealous. To have her ways with him she tried to trick him with a bet and only then he realizes that a young Arab worker, Mecir can show him what life is. He wants to cross pedestals and go beyond the elite college life.

(About Sister and Brother)

Could it be more incestuous? Bothers and sisters are the meritorious gifts of life, the society would say. But, do we have a term for the love between them? No, other than forbidden love or a taboo relationship.

Tadek, an eighteen-year-old boy runs to his half-sister, Anna, in search of love. But, finds that she is struggling with her own relationship with the leader of a local neo-Nazi group. Her acceptance of her brother’s adoration for her makes them stand out of the queue, but, not in a positive manner. Tadek rejects the attention of a gypsy woman but only considers his relationship with his half-sister. It may sound shameless but incest could not be more beautiful.

(About daughter and father)

How memories haunt the married life of Maria and Joseph. You wonder why? The newly married couple suffers a great length of sexual satisfaction in their marriage. This brings them at a distance where from they refuse to turn back.

To understand his wife’s sexuality, Joseph takes Maria to a therapist, Alfred. Not nearing the solution make it more difficult for them to achieve orgasm. Maria, in turn, seeks refuge in the bosom of Baltazar, who teaches them to find ecstasy in their sex life. Maria’s realization of her memories of her being perpetuated by her father in her childhood turns the events upside down.

Her dysfunction turns the tables of sexual incestuous abuse by her own father. This beautifully played theme helps us explore these boundaries of the taboo relationship.

(About Son and mom)

What if Joe was never addicted to heroin?

The mystery begins with the opera singer, Caterina and her son, Joe going to a long singing tour in Italy. Recently widowed Caterina and orphaned Joe discovers the difficulties of life. Caterina’s hectic work consumes most of her time resulting in the loneliness of her son. His loneliness becomes a life-threatening issue because he seeks solace in the drugs, majorly Heroin.

The 15-year-old son is led by his mother Caterina to save his life. This leads to another possibility of them meeting the real father of Joe, whose existence was hidden till the end.

“Why am I a transgender?”, Stephanie wonders. World tell her to be in cages because no one wants her. But, the rebel in her chooses otherwise.

There are three main characters in this movie including two guys who fell for a 32-year old transsexual sex worker. She was striving hard to keep her dying mother alive but soon her life turned into an interesting romantic journey in which the two men fell for her

During her stay at home, she thinks of the time when life was simple when she was a child and how it took a sharp turn when she met Djamel and Mikhail.

People call it abnormal, but Sandra Larson refuses to take the lead of being normal. For her, the kiss of corpses is the only way of surviving happily.

Sandra’s childhood spent into the fascination of dead animals and plants takes a psychological imprint in her adult life. The touch, smell, and look of dead bodies would pick on her minds and therefore, she would perform rituals for the dead.

It seemed all nice and fine when she pursued a job as a general assistant and later she becomes an embalmer. Her new relationship with Matt is yet confusing for her emotional balance.

Matt, a medical student, initially is attracted towards her necrophiliac behavior and finds her even more compelling. But, her search of refraining from human touch and finding the love in dead puts a huge question on their relationship. This goes as far as Sandra’s imagination roams around Matt’s life and death.

Do you approve of adultery? Probably not. Being a bully was fun back in school, well, here is the mirror of Cruel Intentions.

Kathryn Merteuil and Sebastian Valmont, the two step-siblings are naughty, vicious, seductive, sexy and adulterers. Sebastian’s love for Kathryn and his never-ending quest to have her play the rest of the plot. They both engage in a bet of deflowering Headmaster’s daughter, Annette. Kathryn will win Sebastian’s 1959 Jaguar Roadster if Sebastian turns successful to get Annette in bed with him. And Sebastian only demanded to be Kathryn, the most difficult lady in his life.

Kathryn plays a revenge on Cecile, a naïve girl who happened to be the flower of Kathryn’s ex-boyfriend. She plans to ruin Cecile’s reputation to avenge her ego with her ex-boyfriend, who left her for Cecile.

For the world, she is only a prostitute.

Edward Lewis, the man of the town, a charming, handsome man with a buttload of money is wanted by almost every woman. Edward can have any woman that he wants with the power of his money but the constant rejection makes him question his successful corporate life.

World War II had its own effects and people were left with a sense of ennui, boredom, loneliness. As Europe was struggling to keep itself from falling, All Things Fair is set in the year 1943. The film signs the saying perfectly, “Everything is fair in love and war”.

The lustful chemistry between a teenage student with his teacher will set your mind on fire as you’ll go through the romantic and sexual relationship between the two. They both bear some consequences because of this weird connection and eventually ended up without having one another for forever. 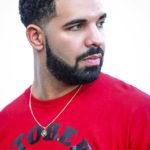 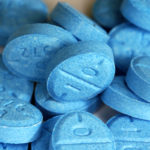