With unique plots, talented cast, finest actors and marvelous locations, these movies are masterpieces that are evergreen and people can’t get bored of watching these again and again. Generations will pass but the newness won’t vanish. Counting from La belle noiseuse to The Lover let’s check out the exciting list of the sex French films.

2. My Nights Are More Beautiful Than Your Days – Buy Now

The movie’s original title is Mes nuits sont plus belles que vos jours which is enough for you to getting attracted to watching it without wasting a second. Directed and written by Andrzej Zulawski, this French sex film is actually about the change in the life of an ill guy who met someone that turned his life into a beautiful happening. The romantic meetings and the passionate love making between the two washed their stress away deep inside their souls. The bonding of Sophie and Jacques are undoubtedly loved goals.

What happens when a fun-loving girl and a hopeless guy develop feelings for each other? This exciting film has an answer to this question. The love story of Chimo & Lila will let you experience some ups and downs they faced during their journey. The most-wanted Lila was the one on whom many boys have set their eyes on, but her love was only for one. Ziad Doueiri directed the movie and it was produced by Marina Gefter. The film was primarily presented on 1st November 2004 and is unforgettable for the audience still after 13 years.

Originally known as Manon des Sources, this unforgettable French film was released on 19th November 1986. This is the novel-based love story of a sensually gorgeous shepherd seeking revenge of her father’s death. Directed by Claude Berri, the movie cast includes Emanuelle Béart, Yves Montand & Daniel Auteuil. It is award winning being a hit of the French film industry. It did a business of 56.4 million €. The hot and steamy scenes will drive you wild as you’ll watch the stunning heroine getting nude for a bath.

Released on 21st May 1999, this royal love story was made with a budget of $4.1 million. It’s basically Turkish film in which languages including French and Italian were spoken. This is the story of the beautiful wife of a Sultan, Safiye who gave her heart to a neuter of her husband’s personal guard, Nadir. The passion and love for each other rose day by day which lead to toughest situations in both their lives. Harem Suare has been an ideal fantasy for people deeply in love and if you’re one of them you shouldn’t miss to watch it.

8. The Sentiment of the Flesh –  Buy Now

After watching this movie, you’ll automatically develop your interest in studying anatomy and will dream of having a sex partner either like Helena or Benoit. The plot is quite interesting as we’ll see a student and a professional engaged in sexual intercourses due to their curiosity of discovering the body of the opposite genders. Released on 26th July 2011, this romantic-drama film is originally called Le sentiment de la chair. Directed by Roberto Garzelli, the film will leave you out of words as you’ll watch the intense romance like no other.

Starring the super stunning Corinne Cléry along with Udo Kier, this French erotic film was released on 26th August 1975 and is novel-based. We bet you won’t get bored as every scene of the film depicts the dream of every lover. Passionate love making and intense sex scenes have been shown. With lots of nude scenes and romantic moments, the story of this evergreen picture is constructed over the emotional, physical and strategic happenings in the life of a fashion photographer and her lover. French, Polish, and English have been spoken and including France it was premiered in Canada & West Germany.

L’amant is the original title of this awesome movie starring the pretty actress, Jane March along with Tony Ka Fai Leung. The story is about the love affair of a gentleman with a young girl which gradually converted into sexual intercourses. Released on 22nd January 1992, the film was directed by Jean-Jacques Annaud. The intense romance between the man and the young teenage is beyond words. Let’s take some time out to appreciate the film makers and watch the movie with your beloved cuddling on the couch. 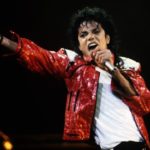 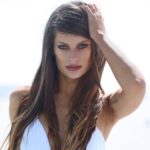