Most people understand that being a firefighter is a dangerous job. Every time there is a fire, these brave men and women put their lives at risk to save others.

There are over 1.2 million firefighters in the United States. Many do not realize that some of these firefighters are risking their lives for no pay.

1. Firefighters Have No Legal Authority

There are many people that put firefighters in the same category as the police. While they are certainly considered emergency personnel, they do not have any legal authority.

Firefighters commonly report to the scene of a crime. For example, they may be called in for a suspected arson or a drunk driving accident.

However, their job is strictly to make sure everyone at the scene is safe. They have no legal authority even if they are the first to report to the scene.

2. Firefighters Do More Than Fight Fires

Most people assume that firefighters only fight fires. This could not be farther from the truth.

Instead, firefighters are called into many different situations. They are famous for arriving at accident scenes to use the jaws of life. They also use the tall ladders on firetrucks to save people from heights.

3. The Majority of Firefighters Are Volunteers

Some people think that being a firefighter is a career job. This is true for a fraction of firefighters.

Some states are almost exclusively volunteer. There are at least 5 states that have over a 96% volunteer rate. These states include Delaware, Pennsylvania, and Minnesota.

There are only 3 states in which a majority is career firefighters. These 3 states are the District of Columbia, Hawaii, and Florida.

4. Building Fires Are Hotter Than an Oven

You would not believe how hot a building fire gets. There is a reason that firefighters enter a five-alarm blaze wearing all that equipment.

The suit is designed to protect their body from extreme burns. Websites like www.froutlet.com sell firefighting gear designed for firefighters.

At eye-level, a building fire reaches up to 600 degrees Fahrenheit. Near the ceiling, the temperature could spike to 1500 degrees.

5. Christmas is the Busiest Time of the Year

Everyone loves the bright lights of Christmas. Millions of homes across America put up a Christmas tree with beautiful lights wrapped around it.

However, Christmas trees pose a significant fire hazard. For this reason, Thanksgiving to Christmas is the busiest time of the year for firefighters. The holidays are precisely when work-life is hardest on the firefighter and his or her family.

Now You Know Some Interesting Facts About Firefighters

Firefighters are national heroes and deserve so much adoration for their bravery. They enter buildings that are hotter than a kitchen oven. At the same time, many are doing so on a volunteer basis.

If you enjoyed reading these 5 interesting facts about firefighters, please check out our blog for other great pieces. 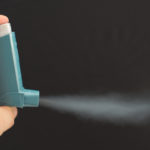 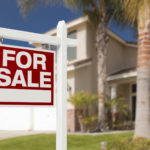