Lending money and goods is an age-old custom.

Ever since people were able to trade or barter with each other, people have borrowed with the promise of paying each other back. And, the same issues that stem from lending money are forever-thus.

Lending existed before money did. In Mesopotamia in 2000BCE, before the birth of Jesus, farmers could use seeds that had not yet sprouted yet as if they were actual crops because those crops would create hundreds of seeds of their own.

The first recorded interest payments were made in Babylon (in modern day Iraq). The Code of Hammurabi in 1754BCE, issued by the 6th King of Babylon, made it clear what the interest was on silver coins.

Lending hasn’t always been as ubiquitous as it has been today. In fact for a time usury — lending money with added interest — was outlawed by the two major religions of the Early Modern era, Islam and Christianity.

Judaism, however, allowed its followers to charge interest to non-jews but not members of its own religion. Jews could borrow money from other Jews with no added interest. During the Middle Ages, large Jewish communities became very wealthy and earned a reputation as savvy businessmen with whom it was always possible to lend money.

Even Princes and Kings were able to rely on the Jews to provide them with money to fund their wars and emergencies.

Over time this led to jealousy and their persecution in violent pogroms, such as the one at Clifford’s Tower in the historic city of York, England. Locals rounded on the Jewish population of the city, forming an angry mob and forced them to take refuge in the city’s fortress high up on a mound.

Surrounded, many of them committed suicide inside whilst others agreed to the promises of the mob that they would not be killed if they surrendered and agreed to convert to Christianity. Those that did were killed anyway.

This wasn’t just about anti-semitism though but also about pure greed. As this massacre took place the locals stole the only records of the money they owed individual Jews from York Minister – the loan history – and burned them. There was no longer any record of them owing money.

In some of the Italian states and in England, Jews were expelled from their homes and – when they were invited back – were also forced to live in ghettos or wear yellow Stars of David to distinguish themselves from other locals.

Insurance and the Medicis: 1500s

The Medicis were one of the most powerful families in the Italian states. They held such a strong position that they were able to secure many of the Italian dukedoms for themselves and ensure members of their family or candidates that they favored were selected to fill positions as key as that of the Pope.

They made their fortune largely through banking and finance. One of the ways they made their money was by offering some of the first insurance policies. In the Middle Ages and the Early Modern period, disaster could strike at any moment.

Freak weather or a bad harvest could destroy farmer’s crops and leave them without any source of income. What’s more, buyers who had purchased the crops in advance were also left high and dry. This could ruin farmers who, even if they could grow more crops, would still owe a debt to the buyers.

The Medicis offered the farmers and buyers a chance to purchase insurance policies from them so that for the first time farmers were protected from a bad harvest.

Unlike lenders today, which are reviewed on the internet and you can read more about here, there was no regulation on lenders in the Middle Ages and Early Modern period.

The Early Modern period was to money what the industrial revolution was to travel and what virtual currencies like bitcoin will be to paper money in 10 years’ time. It transformed the way in which people thought about finance and their relationships with each other. It was the beginnings of the modern economy.

The biggest and most significant achievement of this period was undoubtedly the creation of the Bank of England in 1690.

It was originally set up as a private bank, though its stated purpose was to promote the good and it was designed to ‘promote the public good and benefit of our people’. Its primary purpose though was to get the King, William III, out of a tricky situation.

Having already borrowed so much money, England had exhausted its credit but they desperately needed the money to continue fighting the Nine Years War against France.

In order to raise the £1.2 million the country needed, the Bank offered perks to those who voluntarily lent it money including the ability to issue bank notes.

The purpose of the Bank is and remains the same today, which is to act as a banker to the state.

It’s a story about the history of people and how people learned to overcome and solve their problems through economic transactions, insurance and banks rather than through war and violence.

If you want to learn other interesting and quirky facts about people, check out the people section on our website for more. 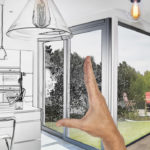 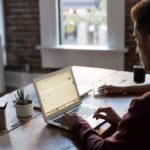