Are you a coffee connoisseur? Are you obsessed with trying the world’s best coffee brands? Is your day incomplete without your morning mug?

If you answered, “yes” to any of those questions, it’s clear that you love coffee. But, how much do you really know about it?

If you don’t know much about the history of coffee, keep reading. Some of the most interesting facts are listed below.

The History of Coffee Begins in the Year 850

Legend says that an Ethiopian goat herder by the name of Kaldi was the first to discover the potential of the coffee been.

In the year 850, Kaldi discovered coffee when he found that, after his goats ate berries from a specific tree, they became energetic and would not sleep at night.

Kaldi told the abbot of a local monastery about his discovery. The abbot then made a drink from the berries and found that they helped him stay alert. From here, knowledge of the berries began to spread far and wide.

Between the year 850 and the early 15th century, coffee began to make its way over to the Arabian Peninsula.

In the 15th century, people in the Yemeni district of Arabia were successfully growing coffee. By the 16th century, it was also being grown in countries like Turkey, Egypt, Persia, and Syria.

Coffee Comes to Europe in the 17th Century

By the 17th century, coffee had arrived in Europe.

In Europe, coffee was initially met with mixed reviews. Some people even considered it to be the “invention of Satan!”

Local clergy also condemned it — that is, until the Pope tried it, liked it, and gave it his stamp of approval.

Despite its controversial reception, coffee houses began to pop up throughout Europe, especially in countries like France, Holland, Germany, England, and Austria.

As more people became exposed to it, coffee soon began to replace beer and wine as people’s breakfast beverage of choice.

Coffee Comes to the Americas in the Mid 1600s

In the mid-1600s — long before the invention of Nespresso machine pods — coffee was introduced in the Americas.

This beverage did not become popular until the late 1700s, though, when colonists began revolting against tea taxes.

As Americans began to boycott tea, coffee became their new drink of choice.

Want to Learn More About Coffee?

Isn’t the history of coffee fascinating? Did you know how long this delicious beverage has been around?

There a good chance that you learned a thing or two after going over this information. But, do you want to learn more?

If you want to continue your coffee education, start by reading this article. It’ll tell you all the best places to find delicious coffee online! 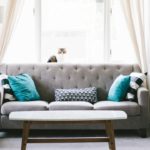 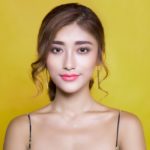