While using a PC, you want to have some fun watching videos or playing an interesting, adventurous games. For you, the top 10 best adult games for PC are here with the information of their developers, versions, characters, compatibility and availability.

Apart from desktops, their platforms are an Xbox, Play stations, iOS and so on so forth. Most of them have uncensored and cut versions because of the highly explicit contents for mature eyes only. Highly clear nudity, fucking, sexual communication, seductive gestures, appealing outfits and many other factors together constitute the reason of that censorship.

Some of them are not originally English and therefore, they’re translated into different languages. They’re interactive, showing texts and narrations and at various steps, the players are supposed to take different decisions for the accomplishment of their goals.

The 18+ content resulted in criticism, but somehow they’re immensely being played by millions of people. Their themes are strong and their characters are famous because of the animations and graphics used in the development. 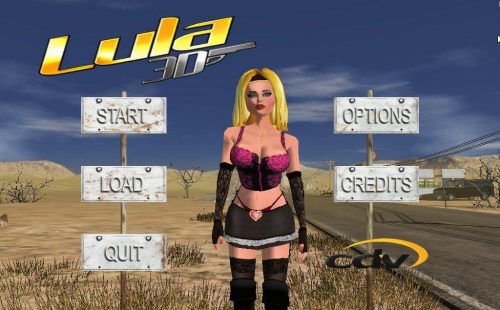 This adult video game was presented on 23 June 2005. This PC-compatible game revolves a female porn star named Lula, who wants to make her own adult movie, but all her plans failed when her colleagues were missing and found to be abducted and she’s supposed to rescue them. This bold theme of the game is the attraction. The player has to control Lula and to distract the people to accomplish her mission. Initially released in 2005, this single-player game is an awesome, exciting thing for your spare time. Primarily, the language is German, but for the comfort of the players, translation has been done. 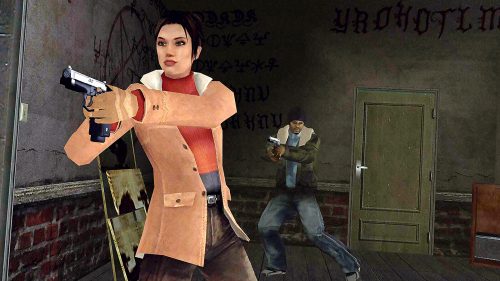 Directed by David Cage, the game’s written by avid Cage and produced by Guillaume de Fondaumière. It can run on MS Windows, Xbox, iOS, OS X, PS 2, Android, Linux, and PlayStation 4. Released on 16th September 2005, this interactive, adventurous game is single-player. There are both cut and uncensored versions for which it was highly appreciated by the critics. In 2011, a good news arrived that the uncut version is there for the PCs while in 2016, a remastered version was launched. The main characters include Lucas Kane, Tyler Miles, and the bombshell Carla Valenti. The nude and fucking scenes aren’t completely deleted from the modified version but are shortened or blurred. 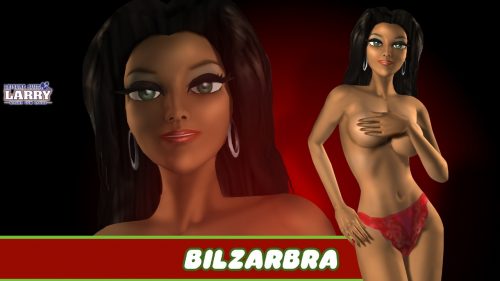 Being 7th segment of the Leisure Suit Larry collection, this video game lets the player attract girls with his gestures and narrations. It is available in both cut and uncensored versions and the distinctive fact is that the uncut depicts visible nudity and intimate scenes. Some countries restricted it to protect the generation from such adult content. The dating game’s cover art shows two girls with Larry. The chicks are wearing thin dresses, which are reflecting their boobs and nipples. You can imagine the level excitement experienced by the gamers. 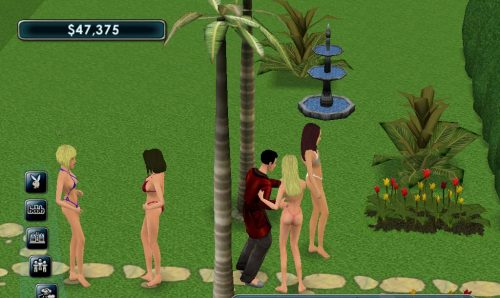 Being one of the best sex games for PC, ‘Playboy: The Mansion’ is meant for mature eyes only. It is compatible with in PS 2, Xbox as well as MS Windows. Approved by Playboy Enterprises, it is created by Cyberlore Studios. In 2005, it was introduced to the gamers. Its music has been composed by Felix da Housecat. Another edition is also available entitled ‘Playboy: The Mansion- Private Party Expansion Pack’ including additional objects, advanced simulations and much more. It also features the characters involved in sexual intercourses showing their private body parts. It was also being considered for review by New York Times. It is available on PC, Xbox, and PS 2 versions. 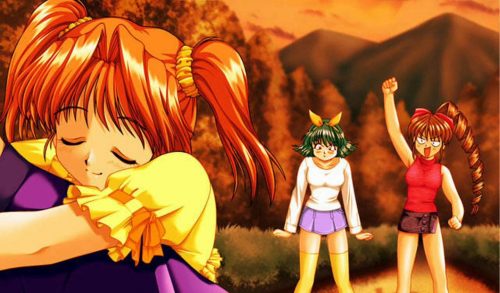 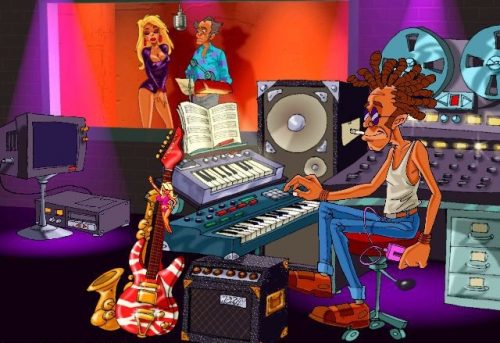 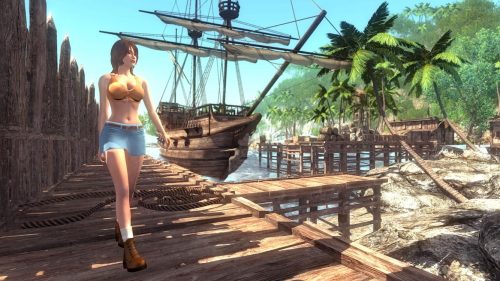 With the same name, a visual novel and its game were released. Its English version was introduced on 30th January 2015. Created and issued by Minori, it will give a chance to meet Ryō Haruna, Elica, Lavinia F. Asai, Sion & Naoto Inaba, which are the main characters. The price of Eden* is $19.95. The language is completely Japanese and it can be played on Windows XP, Vista as well as Windows 7 and 8. Violence and sexual themes are there. Another version of this game is ‘Eden* Plus + Mosaic’, which costs $24.95 in which the language is the same, but the texts are written in English. It is full of sexual content, nudity and strong language. The story is the connection between both the varieties. 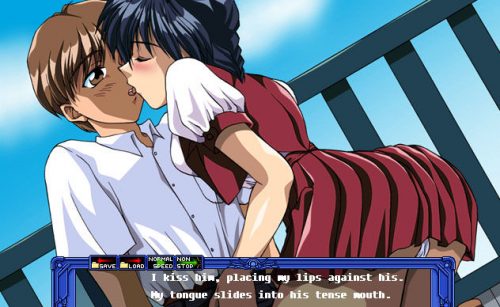 Demonstrating narration and conversations, this game enables the players to interact with Takuya Aihara and his lover Asuka Katakiri. There are other characters as well whom you can connect with. The topics like virginity and other adult themes are there. Designed by Yasuma Akazaki, it was made again with the name of ‘X-Change-R’. A very interesting game in which the player has to make choices, whether to convert the guy into a girl or to let him stay as the boy. There are separate sites for the English and Japanese versions. 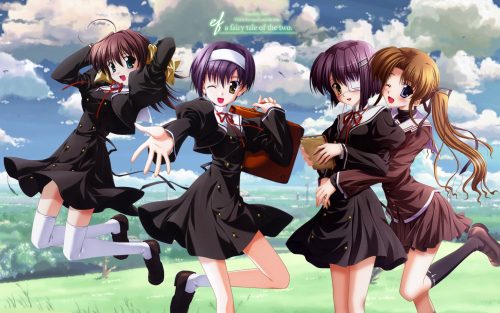 Consisting of two parts, the First Tale and the Latter Tale, this is actually an interactive game. The first version came in 22nd December 2006 while the next in 30th May 2008. A male and a female cartoon model are there, developed by different cartoonists. The scenes of the characters with their lovers contain sexual acts, which were deleted or altered in the PS 2 port. Selection of options and the various decision points are there and in the case of incorrect choice, the player has to bear some consequences. It will make you feel like watching a movie because of the advanced graphics used. In 2014, the availability of the hard copies was announced. The English version came in 2012 and 2013 of both the tales. A special edition was later issued with the name of ‘Dengeki G’s Festival! Deluxe’. The two versions anime and game have different voices for the cartoons. The PS 2 version contains a song while the English version presents’ Euphoric Field’. 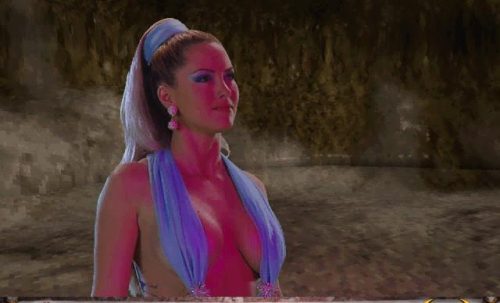 This Adult Only (AO) Rated game was released in 1997. The development has been done by Black Dragon Productions. There are three main characters of this game a victim, a criminal and a rescuer. The theme is to save a girl from being sexually abused by her employer. Being action-oriented and extra exciting, it is compatible Windows 95 and Mac OS as well. It can be used by one player at a time. Riana rouge, the central character is performed by the famous model of Playboy magazine, Gillian Bonner. 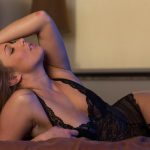