These games are immensely sought and downloaded by millions of gamers around the world. The exotic characters, the user-friendly features, the inventive environment and the classy narrations make them separate from the rest.

Some of them have been upgraded every week while some bring their new versions with much extended time with advanced structures. The developers make sure the players enjoy the game and keep entertaining them with the nastier way possible. For that purpose, whores have been designed with curvy figures who seduce and have been provoked by the guys.

This epic 3D adult game can run on PC/Windows. Released on 22nd February 2017, it shows characters wearing lingerie. Girls with big boobs will be there for you so that you won’t get bored and tired of the adventure. Explicit nudity will leave you out of words as there is no censorship. This war-oriented game will allow you to show your bravery and courage along with some nasty and naughty skills. It is 204 MB heavy and the demo version has stunned everybody within a short span of time.

Behind this excellent creation is Key’. Meet officer Chloe, beauty with brain. She has big tits and she is well aware of her sex appeal and can also be seen nude in the game posing herself for the click. Ignorant in past, confident in present and passionate about the future, she’s unstoppable. While achieving her assignments and performing her duty, she has to make certain decisions, for example, whether to reject a guy or to kiss him? All these phases are interlinked with her future so you better be careful while playing. It can run on Windows Vista, 7, 8 and 10 on PC. It is present in 0.25, 0.2a, 0.25 Patreon version, 0.1, 0.25.3, 0.4, 0.6.2 versions and others are available.

18+ games for PCs have been built by many developers, but Vortex Cannon Entertainment has something new for you. With advanced graphics and technical animations, ‘The Last Man’ is an exciting experience of enjoying while stripping off the clothes of hot chicks. Being upgraded on a weekly basis, it presents new themes and fresh environments. Since April of last year, there are certain updated versions of the game with the names like Last Man 1.77 beta, 1.76 Beta, 1.75 Beta, so on so forth. Like others, it also functions depending upon your selection and choices impacting on the upcoming events. Everything seems so real that it seems like you’re having an intimate time with a busty babe in reality. The platforms are Mac, iOS, PC, and Android.

Night City Productions have come up with an interesting game on Patreon for your Personal Computers. There are three interesting options in the game among which you’ve to choose one, i.e. Physical, Social and Mental as your fundamental attribute. The whole environment, the entire setup is amazingly developed and the motion of the characters is remarkably awesome. The couples feel comfortable in fucking each other in the washrooms as well. There is a public version of the game on the Patreon’s website for you to download and enjoy. It is compatible with Windows, App, and mac. The versions are Demo 0.06, 0.08, 0.089, 0.095, 0.11 and 0.11.5.

Adult sex games have been created by many, but Notenite is one of the excellent game creators. It is based on lesbian sex and every form that you want to watch in an animation. They have used 3D arts to make it and this their first experience. The dark-haired cartoon girl seems so seductive at the very first glance. Her delicious panties salivate the mouth of the gamers and her white body will leave you speechless. The screenshots and other details are available on Patreon’s online site from where you’ll get to know other facts about it. Versions like 0.77, 0.0.73, 0.0.77 and others are there. 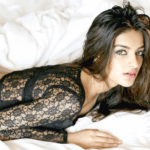 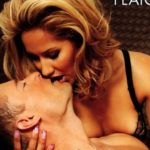