Previous Next
Shot of a happy couple shopping TV.

During the 2017 to 2018 TV season, there were an estimated 119.6 million TV households. That’s a 1.2 million increase from the Nielsen estimate of the previous TV season.

That’s only half of the story though. Consider that U.S. households own an average of 2.3 TVs each. That means there are over 275 million television sets in the country!

While experts forecast actual TV sales (in units) to go down this year, they predict a 2% rise in revenue. For the most part, 4K Ultra High Definition (UHD) sets will fuel this increase.

That said, buying a TV this year means you get to enjoy better and improved viewing experience. But with all the options you have, which one should you get?

Keep reading, as this TV buying guide will help you get that great-quality set for less!

TV resolution should be one of the first things on your list of what to look for when buying a TV. The 1080p resolution, also known as full HD, is the standard and most common resolution used today. But manufacturers are now focusing more on producing 4K TVs, or Ultra HD.

This doesn’t mean you should scratch of HDTVs from your list of potentials though. Because unless you’re watching 4K content, you won’t get to see that much of a difference. Keep this in mind as most TV channels still display in 1080p, including the most popular TV series ever.

At the same time, there are many services, including Netflix and YouTube, offered in 4K. Not all titles and videos at the moment, but it won’t be long before they adopt Ultra HD resolution. If you want a future-proof TV, then 4K is your better option.

Definitely, but there’s still very little content offered in 8K. Again, that means not seeing any notable difference in the image, even with such a huge price gap. 8K is the future of TV, but it won’t be in a couple of years before you can make the most out of it.

Buying an 8K TV now won’t make financial sense unless you’re an early adopter. So, even if you’ve got the budget, it’s best to stick to Ultra HD. It’s more than enough to let you binge-watch the must-see American TV series you haven’t seen yet.

TV types and terminologies you’ll encounter today include LCD, LED, LCD LED, and OLED. But most of the sets you’ll find today are the LED LCDs. These come in both HD and Ultra HD, using LED lighting technology with an LCD screen.

For starters, OLED TVs weigh a lot less, are flatter, and longer-lasting than LED sets. With OLED, you also get brighter whites, deeper blacks, and more vibrant, vivid colors.

The biggest drawback to OLED TVs is their price — they can cost up to three times more than LEDs. Experts estimate their price to go down, but not that much this year. The final decision would be all up to your preferences and budget.

For the best viewing experience in the bedroom, a TV no smaller than 40 inches is the way to go. 55 to 65 inches is most ideal for larger rooms, such as the living or entertainment room.

But before you buy that giant set, make sure you consider the size of the room it’ll go into. How far you should sit from the TV is an important consideration too.

Think about it. It won’t make sense to put a 65-inch TV in a small room, would it? Putting a too small TV in a huge room is a bad idea too since you’ll have a hard time making out details, even with Ultra HD.

If you can wait to buy TV sets for your home, wait until November! But you don’t have to wait for Black Friday, which will happen on the 29th of November this year. You’ll actually get a much better deal when you start shopping early November.

If you plan to shop for that brand-new set online though, then Black Friday may be a better time. The best online deals for TVs and knowledge-building video games happen on this day.

6. Memorize the Other Best Times to Buy Electronics

If you miss or can’t buy your new TV on Black Friday, the next best time to shop is Cyber Monday. Deals offered on this day are carry-overs from Black Friday, so you still have a chance to score a great TV for less.

Amazon Prime Day (July 16), December 26, and a couple weeks before Super Bowl Sunday are also great times to shop. You won’t get as massive a discount, but at least you get to save on your brand-new TV.

Many tech news sites provide valuable info on brand- and model-specific televisions. Reading these reviews can help make a comparison of your best options easier. Unbiased reviews will keep you in the loop of each unit’s pros and cons too.

Score the Best TV Deal for Your Needs Now

Buying a TV doesn’t have to be so complicated it’ll take the joy of Netflixing and chilling away. You need to do your research though and compare similar models to get the best deal. And of course, don’t forget to mark your calendars for the best times to shop for a new telly.

Once you get your brand spanking new box, be sure to start going through this list of the top Netflix shows! If you’re more of an anime fan, this other list is for you. 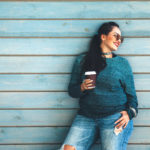 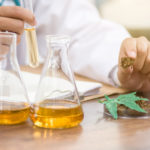