Anime series all over the world is marking its territories and spreading over across the globe. The interesting fact about anime series is its depiction of the real world through the project of animation. Through the artificial characters, the directors of different series are trying to convert the real world into reel world.

On everyone’s to-do list, these are the top-rated anime series that could not be missed in this life. Browse no more, for you have stopped at the right platform.

For the nerds and fun, for the geek and goofy characters, the anime series ever created are relatable at length. 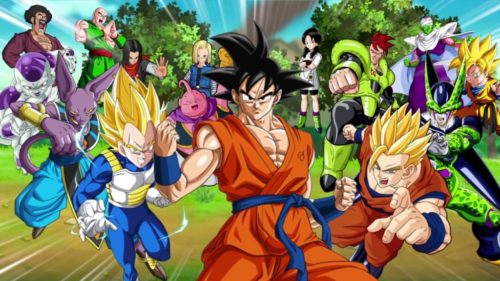 The second adaptation of Dragon Ball manga series, Dragon Ball Z received a wide audience from throughout the world. Written and drawn by Akira Toriyama, Dragon Ball Z takes us into the adulthood of Goku which differs from the original series.

This anime series got its first premiere in Japan in 1989 and continued till 1996. Due to the violent depiction of the characters, this was censored as the young audience may have an adverse effect on their mindsets. And to everyone’s amazement, the censorship did wonders which created another space of understanding for the audience.

The HELL was replaced by some another dimension which is still unknown to the world, however, this concept also worked philosophically right. The story saw a controversial reception and changed the appearance of SATAN by Hercule to avoid further criticism based on religion.

This series is taken to be the 2nd part of Masashi Kishimoto’s manga series and has taken a leap of two and a half years from the first part. This series first aired in 2007 and ran on the dais for a decade, giving a closure in March 2017.

During the span of Naruto Uzumaki’s exploration, he found himself coveting to be stronger. He now possesses the spirit to fight against Akatsuki, the mysterious organization of elite rogue ninja who planned to threaten the world of shinobi.

Naruto has become more mature and confident now. He has a power inside that makes him the believer of the true spirit. He is as determined as ever to protect his clan members now. Naruto is unafraid of the events that befall upon him, he wishes to save everyone at the stake of risking his own life.

He will find the rage to deal with everyone in the saga where he wishes to become Hokage. 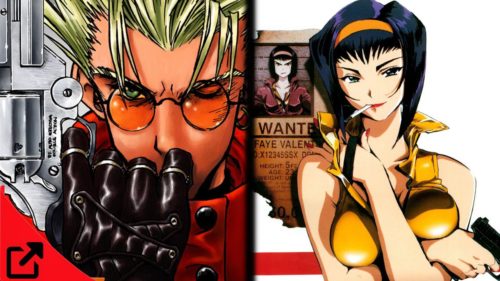 The anime series Trigun was directed and adapted by Satoshi Nishimura. The show couldn’t fetch a great audience in Japan but earned the most earnest reviews from North Americans.

Vash the Stampede, the leading character in the series has shown the layers of going beyond the phenomenal. He didn’t take birth like other human beings but is believed to be a human-like plant that grows as a source of power and energy.

His capability of using the ENERGY to perform something which was not natural made him The Humanoid Typhoon. His moves led to the destruction of the places that he visited which resulted in devastation, but alarmingly, not harming any human being.

The anime series that is subjected to LOVE & PEACE is a readily available piece for the young generation to understand the purpose of life. 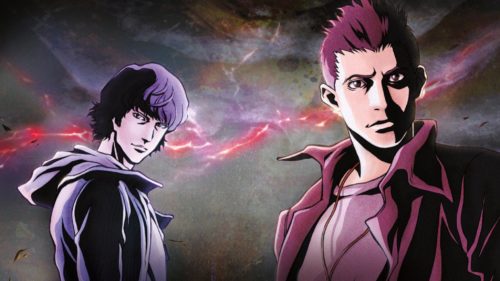 The debut premiere of Supernatural: The Animation series was aired in Japan in 2011. Eric Kripke, the creator of the series has shown us the childhood actions of Winchester brothers and their quest to find the meaning of their lives.

The brother’s duet goes from fighting against all the oddities to avenging their mother’s death. Losing their mother to a demon they spend their lives fighting against supernatural beings. The paranormal concept introduced in the series takes the audience to an image of a different species and once again leads to an expectation of brothers winning against the forces of nature. 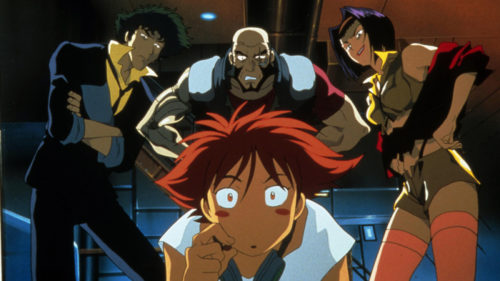 Cowboy Bebop unfolds the cards of the year 2071, giving us a reality check of the future. After the signature mark of World Wars, the third world countries fell prey to existentialism. The loss of identity led to ‘existentialism ennui’ and ‘loneliness’ which in turn has been picturized in this series that is holding a mirror to the contemporary society.

Director Shinichiro Watanabe and the screenwriter Keiko Nobumoto have received tremendous criticism. After its dawn in the Japanese and international market, the reception of this series signed the success in the books of history.

This series dealt with homosexuality and crime scenes in the world and its wings spread along the length of reality. Drug dealing is not left behind as it also has its footsteps dug in the land of today. 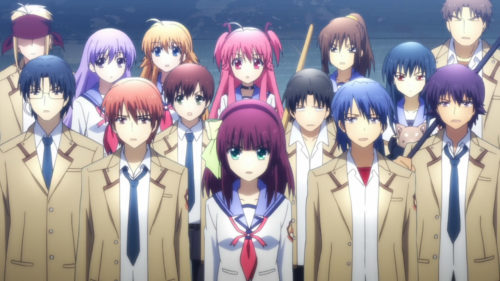 Afterlife has always been a question about its existence. Angel Beats! an anime series threw another bone in the never-ending discussion of an afterlife and has settled upon presenting on a hook the life of high school brats.

You reap what you sow! Yes, that concept holds true for this series. In afterlife school, they are served with what they did in their previous lives. Oh, be careful, your sins are being recorded for your next life!

The series has something vicious about its presentation, here, people do feel the need of food. Yes, they encounter death as well. It is not all good-to-go place but an ideal world where you pay for your debts; your sins. With unusual power, the characters are given the usual roles of life which act both as reality and fiction for the audience. 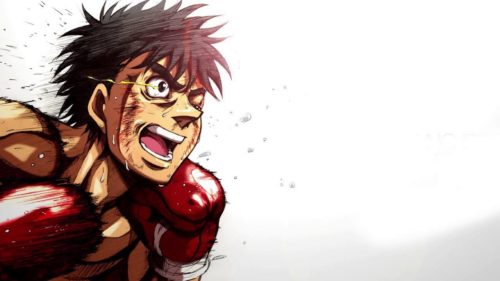 The story opens with the character Ippo Makunouchi, who is a family oriented shy guy. The bunch of bullies tried to fulfill their rage upon the little guy as he is rescued by a workaholic, Ippo battles against his fear in the gym and a new gymmy is born out of him. His talent for boxing leads to the further showcasing of the story and this is how ‘The Fight’ begins.

There’s a fighter in each one of us, find it with Ippo, the fighter. 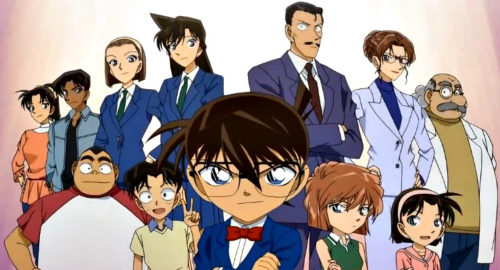 The ongoing series, Detective Conan, also known as Case Closed is a Japanese manga series written and illustrated by Gosho Aoyama takes us back to those cases where we would gladly sit and bring that spy out of us to analyze the crime behind the scenes.

The series received anime adaptation in 1996 airing in Japan. The high school nerd Jimmy Kudo helps the police to solve the cases. The poison that made him small like a child is the basis of the major detection in the series.

The ‘Black Organization’ questions on the detection process throughout the series and it is not yet intended to come up with an end to the story.

So, dear detectors, get ready with your innate skills to watch it through. 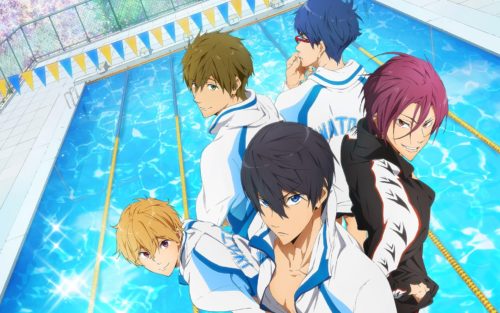 The Japanese anime series “Free!” is based on a novel called “High Speed”. Located in Iwami, Tottori, a real town, this series undo the curtains with the entrance of four boys Haruka, Makoto, Nagisa, and Rin.

The swimming champions work against all the challenges together that they are thrown with. Reigning together they planned to open a Swimming Club and lead their dream into reality. Haruka, the champion, when challenged by Rin for a match, loses deliberately as he chose to lose his friendship and won the lifetime togetherness.

Rin’s longing to have a real battle with Haruka sets an ideal way for the youngsters to face the challenges in the real life. 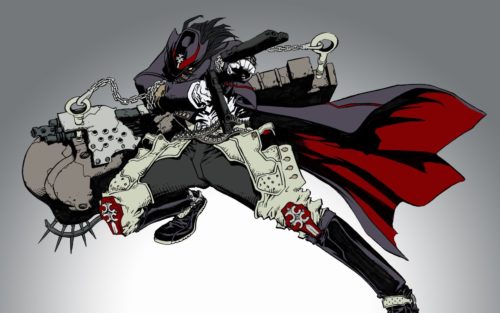 Gungrave is the Japanese anime series based on the video game with the same name. This is a revenge series between two best friends. The series moves to and fro between the life of Brandon Heat who is betrayed by his best friend Harry MacDowell.

Brandon Heat’s rebirth sets the plot of the story as he is later known as ‘Beyond the Grave’ in the series. Harry MacDowell, now turning into a devil and the leader of Millenion. Bloody Harry, the cruel leader is chased by the silent monster, Brandon.

Justifying the name ‘Gungrave’, Brandon Heat, after his rebirth from the grave starts killing the minsters with his mysterious GUN.

The series is a question on the integrity of friendship between two young brats. 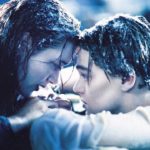 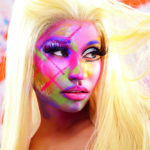