You’re probably well aware of the fact that those under the influence of marijuana have an insatiable desire to eat. The phenomenon even has a popular name: the munchies!

1. An Increase in Heart Rate

Do you ever feel your heart beating fast when high? If so, it stands to reason.

When you smoke pot, the blood flow to your brain typically increases substantially. The more blood that flows to your head, the harder your heart has to work. So, in essence, smoking pot causes an increase in heart rate.

In some cases, an individual’s heart rate will actually double. Your heart rate will typically remain at its increased state for 2 to 3 hours after your first hit, after which it will slowly fall back to normal.

The good news is that this increase in heart rate is not physically dangerous. However, if you’re not used to it, it can make you feel a bit paranoid.

Anybody who smokes marijuana on a regular basis can tell you that it makes your mouth dry. The reason for this is simple: the THC in marijuana sends signals to your brain which tell your tongue to stop producing saliva.

This is why, if you’re smoking marijuana, you should have some water nearby. Marijuana essentially dehydrates a person, causing that person to feel exceedingly thirsty. Regular drinks of water will keep you feeling good throughout the entirety of your smoke sessions.

The stereotype of the giggling stoner is not really a stereotype; it’s really just the truth. Smoking pot can result in excessive laughter.

This is true for a variety of reasons. Not only does THC produce the “feel good” chemical, dopamine, it also increases the flow of blood to the brain’s frontal right lobe. Because this is the part of the brain which controls laughter, laughter tends to ensue.

So, if you feel like giggling uncontrollably, start smoking some pot. You’ll be laughing like a fool in no time.

If you’re getting ready to play a baseball game, you probably shouldn’t smoke pot. The reason for this? Marijuana can drastically slow your reaction time.

The reason that this is so is because smoking marijuana reduces the amount of blood which flows to the brain’s cerebellum. Seeing as the cerebellum controls the muscles, this leads to slow and lethargic movement.

However, if you’re just looking to lay back and have a good time, this can be a terrific feeling. Slowed reaction time is typically accompanied by a general carelessness as well as a reduction in anxiety.

Any male that drinks alcohol on a regular basis knows that it can have a markedly negative effect on his penis. Namely, it can prevent him from getting an erection, especially when one is really needed.

However, alcohol isn’t the only substance that can make it difficult for a man to get an erection. Weed tends to have the same effect on men who smoke it on an everyday basis.

This is because marijuana has a numbing effect on the nerves in the penis, preventing it from reacting to stimuli in the way that it normally would. This means no increase in blood flow, and no erection.

If you’ve smoked pot before, you likely know this. If you haven’t, you likely don’t: smoking pot causes exhaustion. In fact, for some individuals, it works terrifically as a method for inducing sleep.

Why does pot cause exhaustion? Because the THC and CBD contained within the pot have the same affect on the body as the body’s natural sleep chemicals.

This isn’t to say that pot always works as a sleep aid. In fact, for some individuals, it can have the exact opposite effect, causing extreme insomnia and irritability.

Generally, the more pot a person smokes at one time, the greater chance that person has of feeling paranoid. While small doses of pot will cause a feeling of relaxation, large doses of pot will often result in feelings of panic and unease.

If you feel anxious the very first time you smoke, you shouldn’t give up on it immediately. Building a higher tolerance for marijuana will help you to find the effect you’re looking for.

Another one of the symptoms of being high is red eyes. Generally, the more pot you smoke at a given time, the better chance you have of your eyes turning red.

Smokers’ eyes turn red due to the amount of THC which is entering their bodies. THC lowers blood pressure, causing blood vessels to narrow. These narrowing blood vessels cause blood to flow to the eyes at a rapid rate, producing a noticeable redness.

In essence, pot can have a drastic effect on your overall coordination. It can affect your ability to walk in a straight line, pick something up, or engage in athletic activities.

Nonetheless, the feeling you get from pot can be very pleasant; specifically when you smoke it correctly. Like using wraps? Shop now to buy some!

Learn More About Getting High

Do you like getting high? Looking to get into the relaxing and wonderful world of marijuana? If so, CuriosityHuman can help you.

Our website is loaded with interesting information about the devil’s lettuce, from success stories, to fun facts, to pot tourism, and more.

Take a look at some of our other pot articles now! 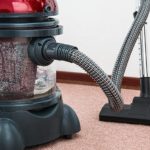 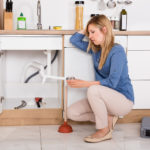