They have set the standard for beauty and gorgeousness with their captivating looks. These actresses are most desirable with their adorable appearances.

The 22-year old actress Jillian Janson initiated her modeling career at the age of 18 with webcam modeling. She won an award for being “Best Female Performer” in 2015 and from her film “Eye Contact”, she received an award for “Best POV Sex Scene”. The stunning actress is 5 ft. 7 inches tall and weighs 61kg which makes her look absolutely captivating with her curves. Her fucking skills are awesome as she is irresistible with her pretty looks especially her golden hair is her key to attract the studs. The young artist is on her way to entertain her fans with more films.

Let’s thank Poland for blessing the adult industry with such a lovely actress as Natalia Starr. Born on 22nd March 1993, she is one of the talented girls who don’t need to struggle very hard as her appearance is immensely attractive to many people. Whether with or no makeup, she is always perfect in every attire and seems flawless in every photo. Guys love to watch her porn films and the major reason is the girl’s looks, especially her eyes, are something we can’t get our eyes off. Whether the girl is submissive or dominant in a sex scene, she never disappoints us.

The 32-year old Eufrat Mai belongs to the Czech Republic. A masturbation device, Fleshlight was created keeping in view the soft and juicy pussy of Eufrat which is I think a great achievement for a model whose vagina has been experienced by several men enjoying that sex toy. The 5”7 tall actress has a small beautiful face and from head to toe we can’t figure out any flaw in that perfect girl. She is sexy as hell and beautiful as an angel. Her colored eyes have imprisoned the hearts of many guys and they wanna get lost in her dark hair. 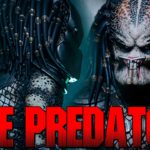 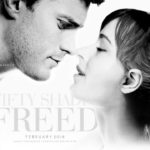