Who are the hottest south Indian women 2018? let’s find out here. Nowadays, South Indian Film Industry is considered to be one of the most strong and also a growing film industry in the world, so are their glamorous actresses. These actresses do add glamour quotient in their films and make them way more entertaining for everyone. These were south Indian beauties can steal your hearts with their sensuous personalities, unmatched good looks, and incredible acting skills.

Our list of Top 10 Hottest South Indian Actresses will give you a good overview of the best and the hottest girls in south India. This list is based on what we believe, our personal view. Go ahead and enjoy it

Shruti Haasan is a 27-year-old multi-talented star actress of South Indian Films as well as Bollywood. And apart from being an actress, she is also a dancer and a brilliant singer. She got an easy entry in the films, as she is the elder daughter of the legendary actor Mr. Kamal Haasan. She has done a quite good amount of movies in Tollywood as well as Bollywood with some great actors and some of them were huge hits such as Gabbar is back, D-Day, Ramaiya Vastavaiya in Bollywood and 7 Aum Arivu, Race Gurram, Gabbar Singh in Tollywood. She has undoubtedly been a quite beautiful, gorgeous, hot and as well as also a damn talented south Indian actress. 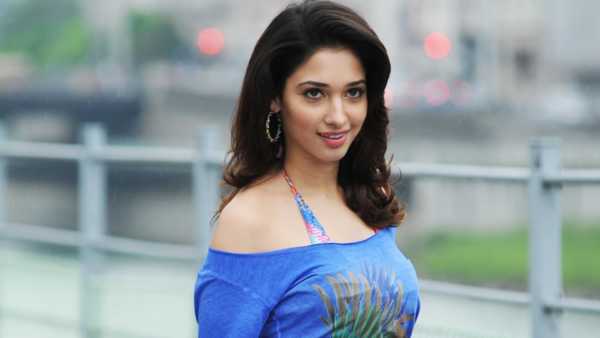 Tamannaah Bhatia is a 26-year-old, Mumbai-born actress, who stepped into films through a Bollywood film ‘Chand Sa Roshan Chehra’ in 2005. She then moved to the South Indian Film industry and appeared in many blockbusters. Some of her Tollywood Hits are Happy Days, Kalloori, and Ayan. In Bollywood she marked her presence through the movies like Himmatwala, It’s Entertainment and Humshakals. Her recent work on India’s biggest war-epic “Bahubali-The Beginning” bought her much praise. She is a well-known, much-adored and a very confident actress. She is adored by many for her innocent looking eyes and her milky-white complexion. 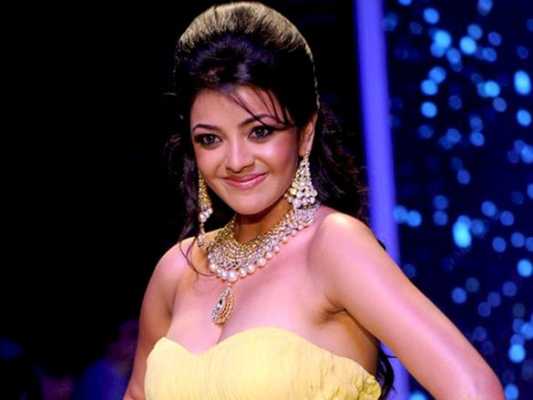 This South Indian beauty is a 31-year-old, Mumbai-born actress, who made her debut through a Bollywood film Kyun… Ho Gya Na! Then she moved to Tollywood and her first hit was Chandamama. Then, in 2009 she worked in “Magadheera” (the biggest blockbuster in Tollywood of all time) and became the top actress of the South Indian Film Industry. She has also been a part of some of big Bollywood hits like Singham and Special 26. She is loved by many for her brilliant acting-skills, cute-simple looks and for hard-work in movies.

This beauty is a 28-year-old, Mumbai-born actress, who appeared for the first time in a Telugu film Devadasu, which was a major hit on the south Indian box-office. Then, the movie named Pookiri in Tollywood set her at the top, as it was a higher grosser there. Ileana made her Bollywood debut with Ranbir Kapoor in 2012 by Anurag Basu’s Barfi!. Then, she has done some more Bollywood flicks after that and now she is a well-known actress in Bollywood too. She is adored for her charming smile and also for her mesmerizing personality. She is undoubtedly a stunning and a powerful actress. 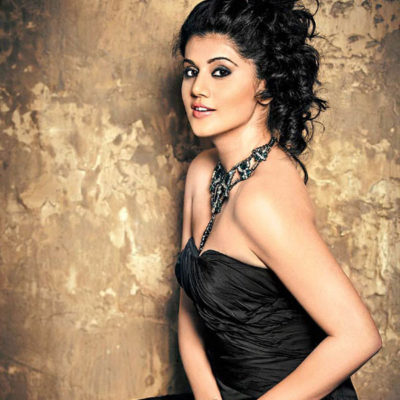 This actress with a stunning face-cut and adorable eyes is 28 years-old, born in Delhi. She made her debut through a Telugu film Jhummandi Nadam. Then, she appeared in some well-known hits like Aadukalam, Arrambam, and Mr. Perfect. She also stepped into Bollywood in 2013, through Chashme Baddoor. And then, also appeared in Neeraj Pandey’s Baby, where she shocked everyone by marking her strong presence in the film. She is a young, adorable and surely a very talented actress with a long way to go with many upcoming releases. 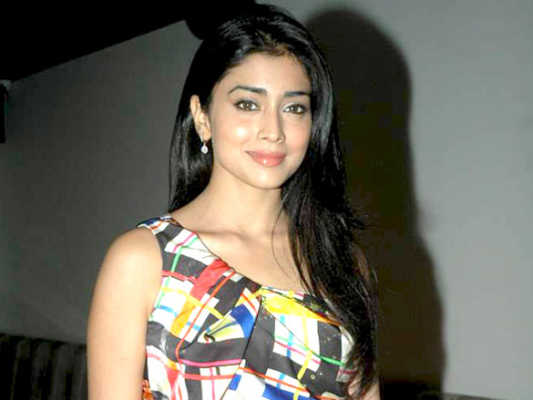 This beautiful actress is a 33-year-old and was born in Ranipur. She is a critically-acclaimed and a very talented actress. She worked in a many regional movies other than Hindi, English, such as Malayalam, Kannada, Tamil, and Telugu. She appeared first in 2001 in a film named Ishtam and then she worked in many films, some of them were big hits. The film, which made her the star of the film industry is the Rajnikanth starter Shivaji-The Boss. She had also played a lead role in an English film The Other End of the Line in 2008. So, along with being a pretty and beautiful face, she is also a brilliant and a very talented actress. 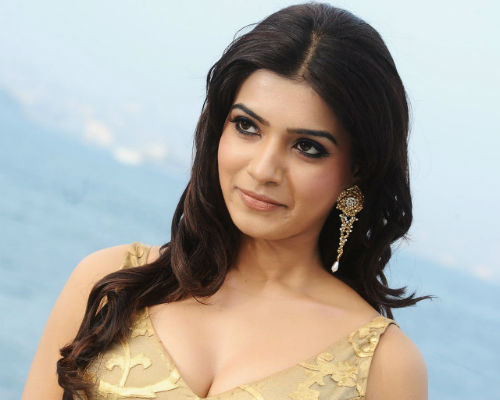 Samantha Ruth Prabhu is a 29-year-old Tamil and Telugu actress, born in Chennai. She started her career as a model and then stepped into a Film Industry with a critically-acclaimed film Ye Maaya Chesave in 2010. And then, she also worked on some commercial South Indian hits like Dookudu, Eega, Brindaavanam and recently in 24 and An Aa. She is the perfect package of stunning looks, sex appeal, and talent. She is well-praised and being loved by all the audience, but also the many critics adore her looks and acting skills. 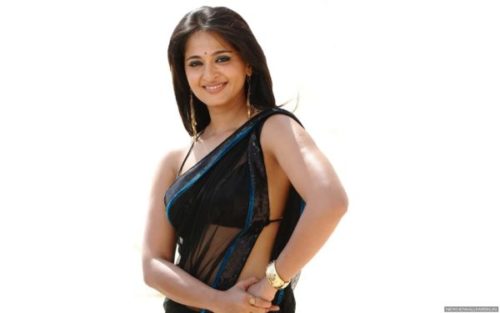 This beauty is a 34-year-old, very powerful actress, born in Mangalore, Karnataka. She first started in a Telugu film Super, which was a huge hit. But, with her brilliant acting skills in Arundhati, she became the strongest actress in Tollywood, as she was the heart & soul of the movie. Since then, she has been one of the Powerful actresses of South Indian Film Industry and did many good movies. She was recently praised for her brilliant role in on India’s biggest war-epic Baahubali: The Beginning and also set to amaze everyone in its sequel next year. She is adored by all in south for her height, innocent looks and her mesmerizing smile.

This gorgeous actress is a 33-year-old, born in Palakkad, Kerala. The winner of Miss Salem (1999), Miss Chennai (2000), and a Miss India Beautiful Smile (2001) stepped into the Film Industry as a lead actress in Mounam Pesiyadhe opposite Suriya. But however, she first appeared as supporting actress in the year  1999. She worked in many Telugu and Tamil movies since then, but finally in 2010, she stepped into Bollywood as a lead-actress in Akshay Kumar’s starter Khatta Meetha. She is a good-looking and also a damn talented actress praised by many for her brilliant acting skills. 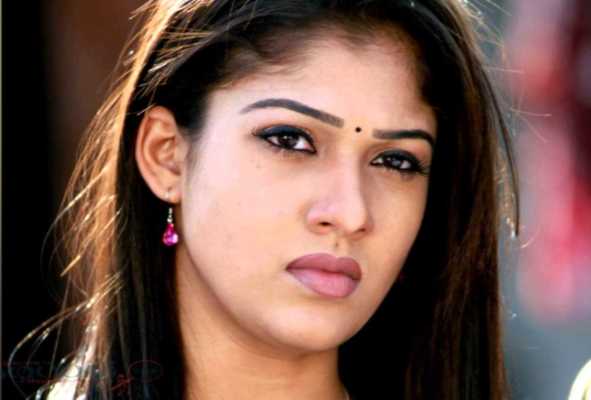 Nayanthara is a 31-year-old, Kerala-born actress, who came into movies through a Malayalam film during her college days after being spotted by the director. She then jumped into Tamil and Telugu movies and done numerous hits. After working opposite Rajnikanth, who is twice her age in Chandramukhi, she gained praise and considered as a brilliant actress. Her attractive looks and seductive figure make her one of the hottest actresses from south India.

So, these are just the south Indian actresses, who commonly work in south Indian movies, but have a nationwide fan following. They are not just hot and sexy, but also have brilliant acting skills. With them now coming to Bollywood they seem to have started stealing many more hearts. Because of them nowadays, many women-centered movies are coming, in which they were playing a brilliant part.

So, they are also as important in the movies as the actors. They are way more than just their looks. Now, go ahead! Watch their movies and enjoy them. 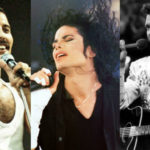