List of The Same Face Celebrities.
In the glamorous world of showbiz, there are many celebrities who are unbelievably alike. It’s hard to identify them when they’re together and they’re usually mistaken for each other. In this article, we’ll be discussing 20 Celebrities who are so incredibly similar that they look like identical twins or doppelgangers.

The highest degree of similarity is there that we have trouble telling them apart. Looking at images of these actors, we may want to see their entire family tree. Are they members of a single family and just don’t know it? Here we’ll be mentioning the look-alike celebrities who continuously confuse us and let us feel extremely shocked. Some of them are also featured in People Magazine.

There are many celebrity pairs who seem like identical twins separate at birth, and some celebrity looks like the childhood of some other celebrity. These are all the matters of nature and where the human mind stops working, we realize that now it’s something that’s ‘above the ordinary’. How beautifully God created these identical faces? Outstanding!

Several superstars resemble each other,  but we’ll be discussing a few of them like Katy Perry & Zooey Deschanel who seem surprisingly alike. Certainly, Megan Fox and Jessica Lowndes were misunderstood for each other. Sarah Hyland and Mila Kunis are another pairs of celebrity twins who aren’t blood-related. Similarly, Victoria and Nina are incredibly same like they were separated at birth.

Following is the list of celebrities who are astoundingly indistinguishable and people are usually confused between both of them. They seem extremely interchangeable in their appearances. Check it out:

Celebrities Who Are Incredibly Similar –

The two stunning girls are amazingly similar like identical twins. The uncanny resemblance between the two girls put many people into confusion. They both have frequently confused people, whether they’re the one whom they are or the one whom they resemble. Lol! Katy and Zooey’s face cut, especially their eyes are the major reason of this look-alike fact between them. Although, Zooey Deschanel Believes she is not Katy perry, Which she hears often from fans. This look-alike pair stands on 1st position on the list. Their similarity is really a wonder to us. 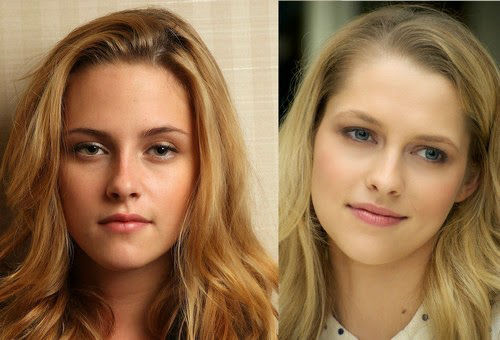 This resemblance is absolutely surprising. The similarity between Kristen and Teresa seems really surprising to the people. It seems that like they both were separated at birth. Not just the appearance but the way they smile, talk and certain postures and gestures are similar to each other. In fact, they both were loved and kissed by zombies and vampires. Weren’t they? How could someone not fall for these beautiful girls? Kristen and Teresa’s resemblance is really a wonder to us. Teresa Palmer admits how she feels and get experience after being similar as Kristen Stewart, in dialogues with Movieline. 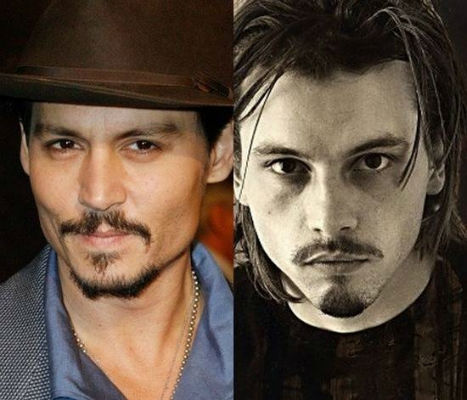 How can someone resemble another person to this extent? Johny Depp and Skeet Ulrich look creepily similar to each other. The creepily similar pair consists of two artists of which one is damn famous and well known while the other is building a career. But the reason why we’re talking about Skeet is because he’s too much similar to Johny. Whether clean shave or in the beard, whether in short hair or long, the similarity is not affected at any cost. Johny Depp and Skeet Ulrich 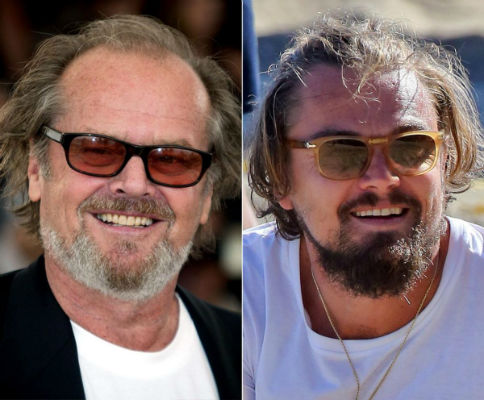 Titanic’s Jack, Leonardo Dicaprio and Jack Nicholson totally look alike. The similarity has now been inherited by his son; it means Nicholson’s son is also very much similar to Leonardo. When we observe this look-alike pair in their teens, youth, and adulthood and now in the era of maturity, the resemblance is still the same. 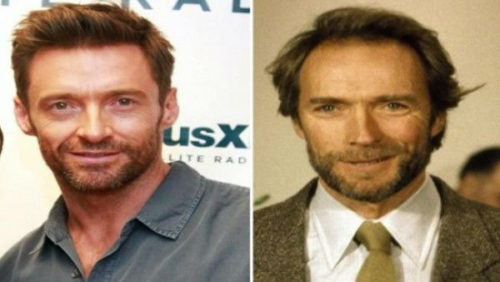 Hugh Jackman entirely seems like the young Clint Eastwood. Hugh Jackman has been told by many people that he resembles Clint Eastwood at the same age of both. We can say that Hugh is reborn of Clint. The smile, eyes, jawline, and everything about both of them are magically similar. This outstanding resemblance has left us speechless.

Megan Fox and Jessica Lowndes are interchangeable in the looks department. When observing these girls, we are always amazed to check out the incredible similarities between both of them. Except for a few distinguishing features, their hair, eyes, and lips too much resemble each other. Not just once, twice or thrice but always and at every moment, these ladies are too much similar to each other. These hotties and their resemblance can be used by the movie makers very smartly if they want. 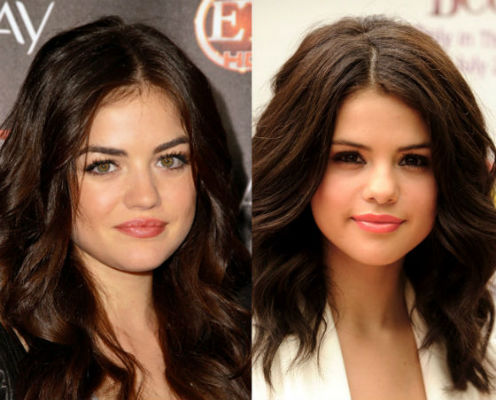 Lucy Hale used to always be misunderstood for Selena Gomez. They both dressed so similar on a PPL surface that people were confused between the both. Often, Lucy has been mistaken as Selena but she’s very supportive of Selena, her compliment tweet for Selena is a strong evidence of that. There’s no such conflict between the two beauty queens, but their uncanny resemblance force us to praise God’s creativity. Selena and Lucy’s similarity are wonderful and mesmerizing. 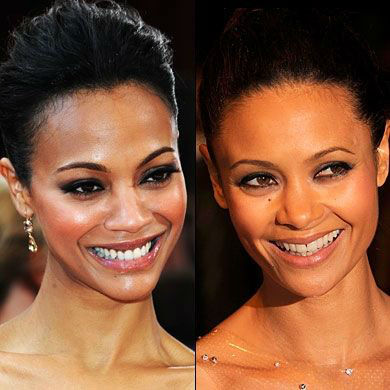 The resemblance between Zoe and Jada is extraordinary, undoubtedly. These attractive and astonishing beauty queens must be proud of this resemblance. They seem like a pair of identical twins sometimes. In fact, they resemble a lot more than their own biological sisters. Lol! With an age difference of just seven years, they both are a perfect set of look-alike celebrities. Zoe and Jada’s resemblance’s look-alike bonding are just fabulous. 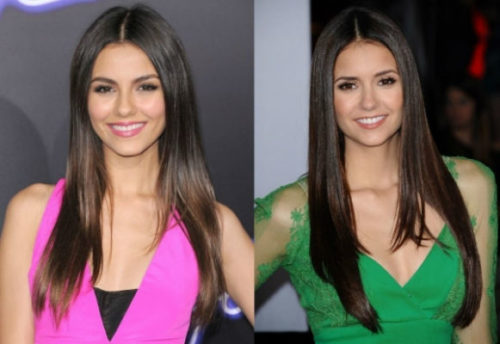 Victoria and Nina are incredibly same like they were separated at birth. These can be body doubles pair is extremely amazing. Nina has been seen confessing to Victoria ‘Everyone thinks I’m you’. Well, that’s a sweet confession despite. It’s lovely to see these beautiful celebs collide and the best part of their meet up was they were looking somewhat different from each other. Lol! 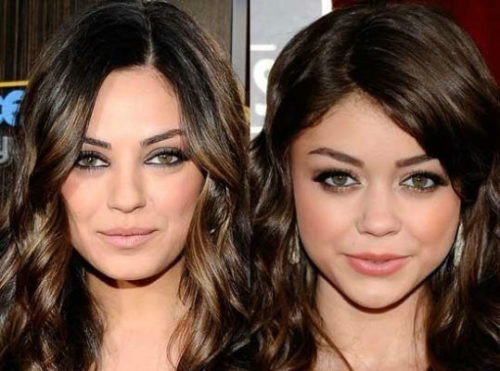 These hotties namely Sarah Hyland and Mila Kunis is another pair of celebrity twins who aren’t blood-related. Sarah has often mistaken as Mila and according to her, she’s among the luckiest girls on earth because she resembles an extremely beautiful lady. Sarah said that often people think that she’s Mila and she’s quite happy with it. Both are beautiful in their own way still. 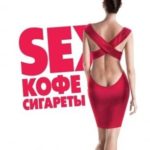 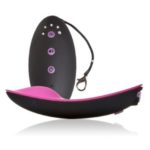