It’s almost impossible for a die-hard music lover to hate or dislike Michael Jackson as his ultimate legacy has brought a charm and attraction to the pop culture that the upcoming generations won’t ever forget. Michael Jackson is being referred as the “King of Pop” since 1991. With his career, starting at the age of 5 as a lead singer in the Jackson 5, Michael gradually started emerging as a talented and capable artist with his melodious songs and his magical dance moves. MJ is the only celebrity to win 8 Grammy awards in a single night and became a mainstay on the Billboard charts in a career that covered almost all 50 years of his life. It’s nearly difficult to discuss each and every hit single of the King of Pop, but we’ll surely try to sum up the top 10 all-time best songs of the legend Michael Jackson. Let’s have a look over the list:

“Billie Jean” is a song by American singer Michael Jackson. It is the second single from the singer’s sixth solo album, Thriller (1982). It was written and composed by Jackson and produced by him and Quincy Jones. There are contradictory claims on the meaning of the song’s lyrics. One suggests that they are derived from…Read More

“Beat It” is a song written and performed by American singer Michael Jackson and produced by Quincy Jones (with co-production by Jackson). It is the third single from the singer’s sixth solo album, Thriller (1982). Eddie Van Halen played the song’s distinctive overdriven guitar solo. While Van Halen was…Read More

Bad is the seventh studio album by American singer Michael Jackson. It was released on August 31, 1987, by Epic Records, nearly five years after Jackson’s previous studio album, Thriller. As of 2012 Bad itself has sold between 30 to 45 million copies worldwide, was certified 9 times Platinum in the United States alone, and…Read More

Thriller is the sixth studio album by the American recording artist Michael Jackson. It was released on November 30, 1982, by Epic Records, as the follow-up to Jackson’s critically and commercially successful 1979 album Off the Wall. Thriller explores similar genres to those of Off the Wall, including pop, R&B, rock, post-disco, funk, and…Read More

“Smooth Criminal” is the seventh single from American recording artist Michael Jackson’s 1987 Bad album. The song contains a fast-paced beat intertwined with Jackson’s lyrics about a woman named Annie, who has been violently attacked in her apartment by a “smooth” assailant. First broadcast on television as…Read More

“Man in the Mirror” is a song made popular by Michael Jackson and written by Glen Ballard and Siedah Garrett. Jackson’s recording was produced by Quincy Jones and co-produced by Jackson. It peaked at number 1 in the United States when released in January 1988 as the fourth single from his seventh…Read More

“They Don’t Care About Us” is the fourth single from Michael Jackson’s album HIStory: Past, Present and Future, Book I, released on March 31, 1996. The song remains one of the most controversial pieces Jackson ever composed. In the US, media scrutiny surrounding allegations of antisemitic lyrics were the catalyst…Read More

“Earth Song” is the third single from Michael Jackson’s album HIStory: Past, Present and Future, Book I. It is the fifth song on the second disc of the album. It is a ballad that incorporates elements of blues, gospel and opera. Jackson had a long-standing history of releasing socially conscious material such as “We Are the World”, “Man in the Mirror” and “Heal the World”. However, “Earth Song” was the…Read More

“Black or White” is a single by American singer-songwriter Michael Jackson. The song was released by Epic Records on November 11, 1991 as the first single from Jackson’s eighth studio album, Dangerous. It was written, composed and produced by…Read More

“Don’t Stop ‘Til You Get Enough” is a single written and recorded by American singer Michael Jackson. Released under Epic Records on August 10, 1979, the song is the first single from Jackson’s fifth studio album, titled Off the Wall. The song was the first solo recording over which Jackson had creative control. Jackson…Read More 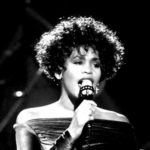