Welcome to the Marvel universe! Let’s just check out the top 10 sexiest outfits of female superheroes with brief details.

We’re going to disclose the top hottest costumes of the female superheroes of the DC movies who have been amusing us with their desirable bodies. The evolutions, modifications, and other related stuff to their costumes are mentioned. These sexy outfits lead to the fame of the movies as they add a charm and sex appeal to the plot of the movie.

Let’s have a look at some of the hottest female superhero costumes from Marvel movies starting from the Wonder Woman to the Silk Spectre.

Below is Sexiest Outfits Female superheroes – List of Top 10 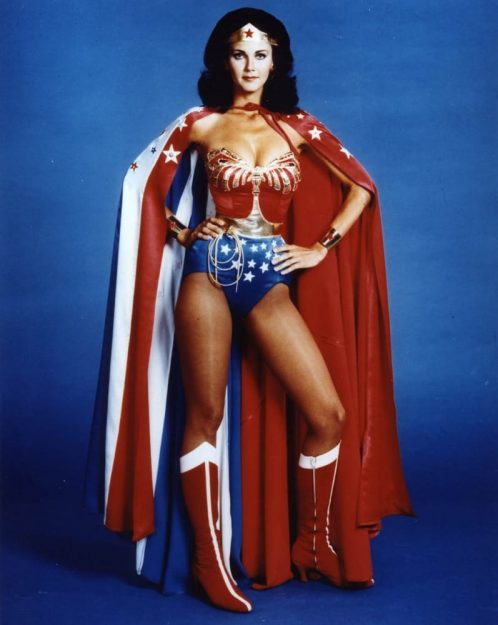 The costume was designed by Donfeld who created a red, blue and white two-piece bikini for Lynda Carter’s performance in the underwater scenes. But as it refused to stay in her body, therefore, he modified the costume and decided to develop a full body wetsuit. Other stages were Cover Debut, Silver Age, Late 1960s Reboot, Cathy Lee Crosby, Lynda Carter as Wonder woman and much more among which the sexiest is Lynda Carter’s costume with the bikini bottoms, which seem to have been created from dental floss. Wearing this costume can make a girl look slinky, sexy and provocative. 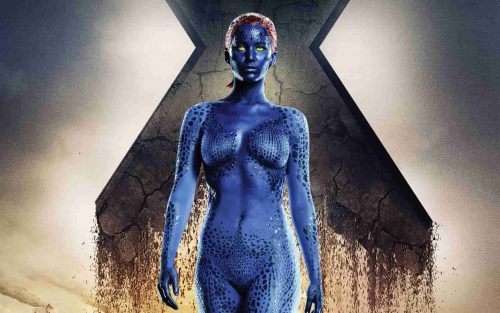 This nearly-naked costume of Mystique has been worn by Rebecca Romijn and Jennifer Lawrence. This is the dress; we can say the boys were waiting so long for to be worn by their girlfriends. LOL! With the flame-red hair, Rebecca has mostly like by the viewers due to her mature performance. After wearing the costume, people had a misunderstanding that she might be fully naked. It took nearly 8 to 9 hours to put on that particular costume. Head to toe, the whole costume is blue and too tight that the whole figure has been exposed and seems extremely sexy. 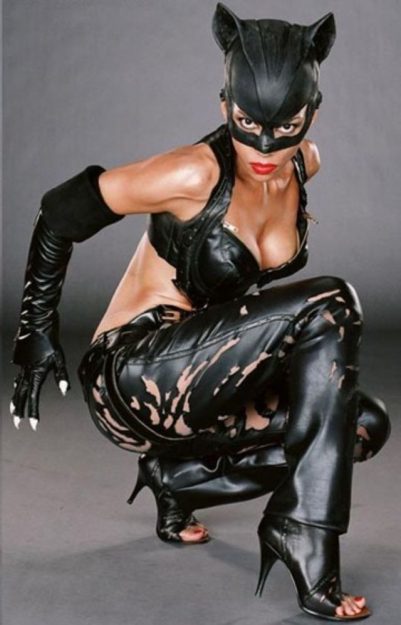 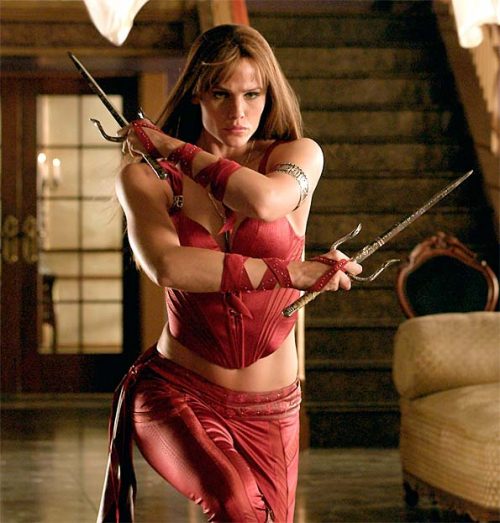 Elektra’s costume worn by Jennifer Garner is beyond words. The red and shiny, beautiful sexy costume looks just perfect on the elegant lady. The strappy red cloth used to create the dress and it wasn’t that easy for the designer to design the dress. It must meet certain fulfillments to be approved like it has to be utilitarian, aligned with the character and above all, it must appear tempting as a lot of investment was made in designing it. This sexy and appealing costume is one a girl could have dreamt to wear. 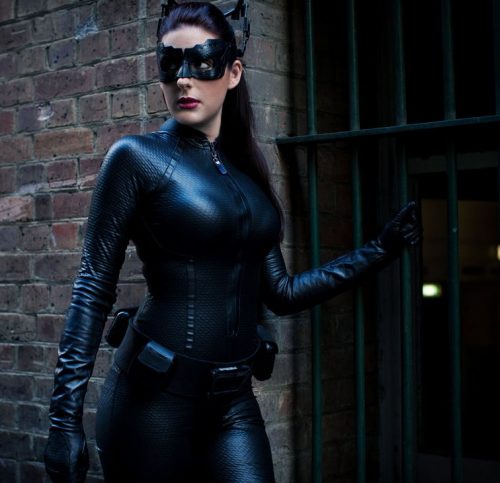 Let’s check out another sexy costume from Catwoman’s side. We can say that Anne Hathaway is just perfect for the character of ‘Catwoman’. Flawlessly, Anne appeared in the black costume and was called Selina Kyle in the movie instead of Catwoman. She filled out the outfit in the best way possible. It is said that the outfit depicts the influence of Emma Peel’s iconic leather Catsuit from ‘The Avengers television series’.

The credit goes to Beatrix Aruna Pasztor, the costume designer who designed such a mesmerizing dress for Charlize Theron. Preferring the tempting to the plain, Aeon is not introverted about using her sensuality as just one in her arsenal. The plan was to bring a unique costume that won’t be just comfortable for the user, but will also seem appealing to the human eye. The sexiest outfit ever made Charlize look drop-dead gorgeous. We can say the costume is mouth-watering for both girls and boys according to their viewpoints. 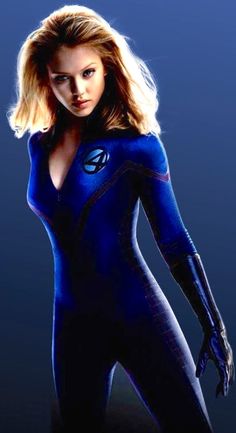 This costume is definitely a dream outfit for any girl. Michael O’ Connor is the man who designed this incredible seductive costume for Jessica Alba for the character of the Invisible Woman. The costume like other marvel outfits went through many evolutions. For the fantastic four, Jessica Alba wore the costume after the sizzling appearance of Rebecca Staab in the movie previously. Combine the navy, silver, and black color, the turn-down collar is the biggest characteristic of this costume. 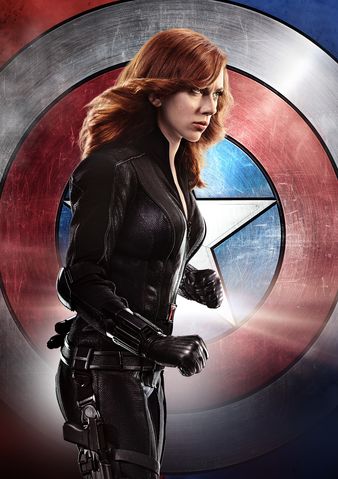 Scarlett Johansson nailed it seriously. Just look at the form-fitting outfit of the sexy actress which seems a little more like a dancer’s costume than combat gear, and the hourglass belt symbol can clearly be seen in some light. Temporarily, the seams draw your eyes down across the whole body and Black Widow’s curves. Along with this, the movie posters emphasized on her seductiveness and one of the major ones put her in the classic butt-towards-viewers pose with the breast turned to be in view as well. You can buy the costume if you want, it’s available online. 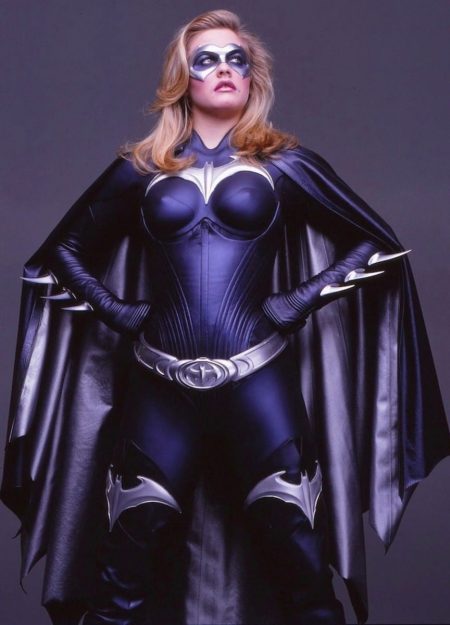 The sexy Batgirl adult costume is no less than the rest of the hottest comic female superhero outfits. The character was played by Alicia Silverstone. Firstly, it was decided to cover her hair with pointy ears, but later that look was refused and then they opt for letting the hair open freely. The costume was later modified and repainted as well. The costume was made in a way that will not just seem sexy, but also comfortable; not too heavy for the actress. The color combination seems so perfect and appealing as well. 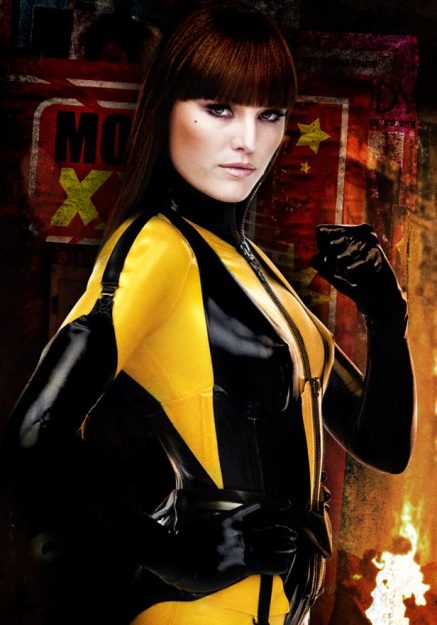 Here is another sexy outfit, black and yellow in color and ultimately the coolest. The costume of butt-kicking Silk Spectre is another masterpiece of the designers. The costume of the kick-ass fighter is a beautiful yellow and black skin-tight outfit worn by the lady with too much discomfort and difficulty for 18 hours. But definitely, the outfit seems outstanding with high heels and a wig worn by the stunning Malin Åkerman. Just look at the tempting Malin looking flawless and astonishing in this look. 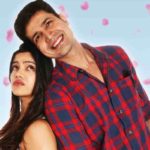