Our idea to create such lists that you don’t roam here and there for cheap and low rated videos, which we grown-up watching. But you to have the capability to use your brain to search online these type of movies.

These movies can be bought/watched online on YouTube and various other their respective sites to amuse the audience. You might not get the full movie access because few of them are paid, in which you will have to pay the decent amount of money. Some of these are new pornography feature films, including parody videos while certain are the original work of the creators. Without wasting a single second, let’s proceed further.

Before this parody, two parodies were released before with the titles of ‘Game of Bones’ and ‘Game of Thrones’. Consisting of three major components: dragons, bloodshed and hardcore fucking, this is one of the masterpieces of Dick Bush with the collaboration of the finest artists like Peta Jansen, Aletta Ocean, Anissa Kate, so one so forth. According to Vanity Fair, the movie is all about the story with some decapitation and dragons, making it most wanted for the fans of 18 stuff.

Here comes another brilliant product from Wicked Pictures in the form of ‘Preacher’s Daughter’. The smart decision taken by the team was to cast Mia Malkova as the leading role in the movie. The plot, direction and most significantly the sex scenes of the movie are mind blowing features the super sexy Malkova in her desirable and provocative avatar.

Win A Date With Sofia Blake

Featuring the true story of an actress Sofia Blake, this movie has depicted a romantic and sexy date of the lady featuring lots of romance, love making, and sexual connections. The time spent in watching the movie is worth it, definitely, because of the sex appeal and desirability of the cast and obviously, Stormy Daniels has put his best efforts in it.

Featuring the story of a couple of lovebirds, it is the story of a guy who was facing problems because of her girlfriend being unaware of the reason behind it. The film is enriched with romance, orgasms, and steamy, sexy scenes, the movie is an outstanding movie so far with a captivating plot and awesome direction. 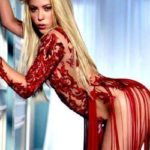