Beauty and charm of the Asian ladies, especially Indian beauty provide a sense of relief & pleasure to a human eye and delivers a long-lasting impression on a human mind. In the 20th century, numerous beautiful faces were fascinated by Bollywood industry and after their arrival in the industry, the industry gradually started its way towards the peak of fame and success. Those flawless faces are still beloved and tracked in the 21st century by many of the young female celebrities. Some of those iconic beauty queens have passed away, but still alive in the memories of loads of folks. Their dance moves, their smiles, the way they laugh, their romance and other actions have left a long lasting impression on our minds and they’ll be praised and admired for their beauty and abilities. Below are the names of the top 10 beautiful actresses in Bollywood of all time.

Beautiful Actresses in Bollywood 2018 and of all Time 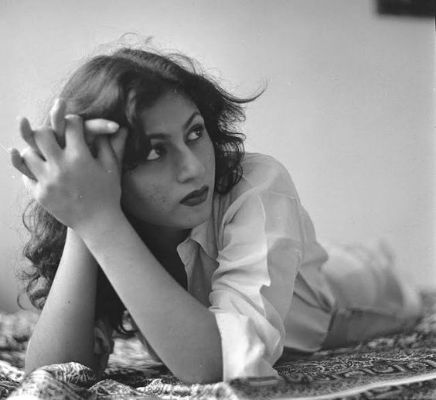 Madhubala’s timeless beauty is above all in Bollywood. Decades have passed away, but still, her million dollar smile, her glowing skin, and her charm can’t leave our minds and our thoughts. Originally named Mumtaz Jehan Dehlavi, Madhubala showed the world her fine looks in her debut movie ‘Basant’ in 1942. The audience were mesmerized by her attractiveness and charm as they had never seen such a pretty actress in Bollywood. With her brilliant acting skills and ultimately her good looks lead her path towards some films like ‘Amar’, ‘Mughal-e-Azam’, ‘Barsaat ki Raat’ and much more who went super hit in Hindi Cinema. This Bollywood queen passed away at the age of 36 after an elongated illness. 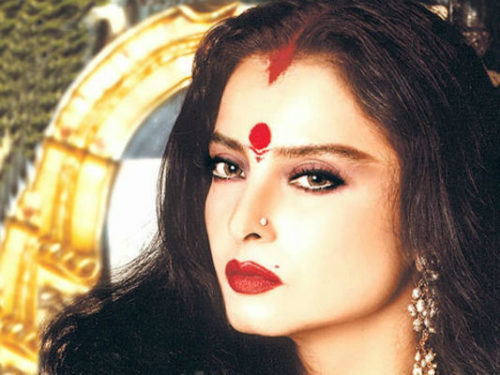 While searching for the finest actresses in Bollywood, Rekha will definitely be seen among the names. At the beginning of her career, people used to judge her success on the basis of her looks only, but later she proved her talent and outstanding acting skills to the world. Her dark complexion, gaudy attire and most importantly, her plump figure are the reason behind people’s admiration to her. This alluring and elegant enigma’s first on-screen appearance was as a child in 1966 while in 1969 her debut ‘Operation Jackpot Nalli C.I.D 999’ was released. With long, thick hair, mesmerizing eyes and appealing facial features, Rekha’s beauty is still unbeatable after decades. 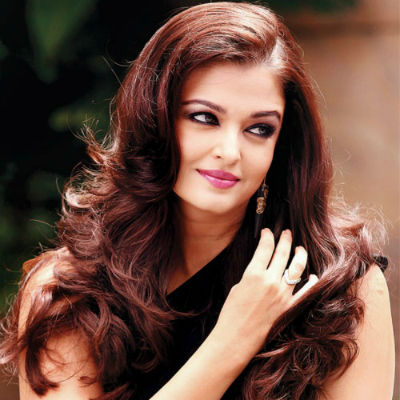 Among one of the high-profile celebrities, Aishwarya Rai Bachchan is the pride of Hindi cinema. As her most distinguishing physical attributes, Aish’s green-blue beautiful eyes, appealing curves, desirable lips and ultra-feminine habits are mentioned by the media as her quality. While criticizing her acting abilities, some of the international critics praised her magical beauty which concluded that the major reason behind her success is her fine looks. She won the Miss world 1994 pageant and her debut was a Tamil movie ‘Iruvar’ while her Bollywood debut was ‘Aur Pyaar ho Gaya’. Later, because of her alluring appearance, she acted in many films like ‘Devdas’, ‘Dhoom 2’, ‘Hum dil de chuke Sanam’, ‘Mohabbatein’ and ‘Umrao Jaan’. Whether in a bold avatar or as a housewife, Aishwariya has excelled every role. 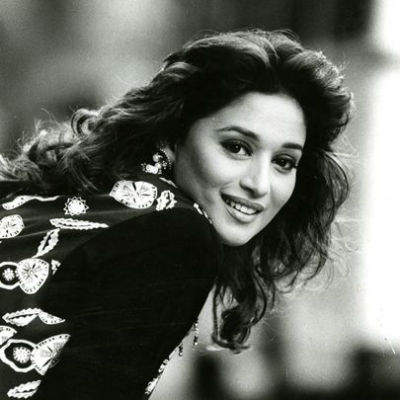 Madhuri Dixit is among the leading actresses in the last two decades of the 20th century as well as the early 2000s. Her famous smile, deep, mesmerizing eyes, and her chubby but appealing body is fascinating. She has excelled almost every role with her tremendous performance and gorgeous looks in the movies like ‘Raja’,’Dil’, ‘Dil tou Pagal hai’, ‘Hum aap ke Hain Kaun’ and much more. Madhuri is also well known for her work in the movie ‘Tezaab’ released in 1988. The ‘Dhak Dhak Girl’ is also an inspiration to dance lovers due to her remarkable dance moves in various songs like ‘Dhak dhak Karne Laga’, ‘Kay sera sera’, ‘Ghagra’, ‘ Aaja nachle’ and much more. 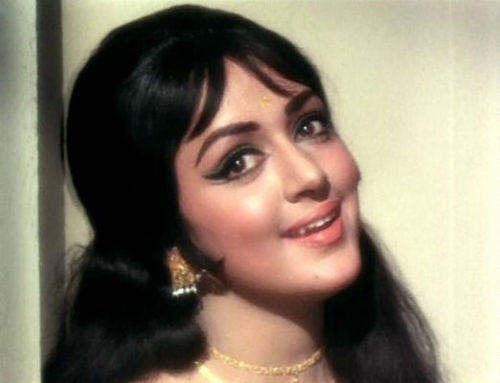 The dream girl of Bollywood, Hema Malini is another name among the queens of Bollywood especially when it comes to beauty and charm, Hema is unbeatable. The ‘Basanti’ is still idealized for her killer smile, captivating eyes and hair style. The beautiful wife of Dharmendra has been admired for her beauty and therefore her beauty secrets are most wanted by the women. Her nutrition habits are healthy, she performs yoga, drinks a lot of water and have lots of beauty advices to her fans. Her famous movies are ‘Sholay’,’ Bhagban’, ‘Seeta Aur Geeta’, ‘Johny Mera naam’ and much more. 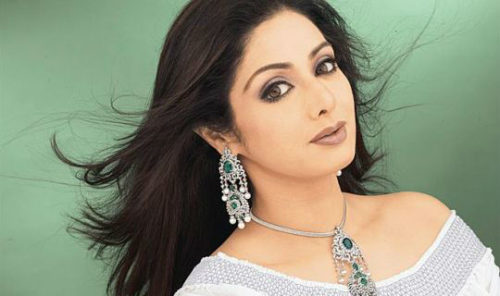 Making her debut ‘Julie’ in 1975, Sridevi is among the most sensuous actresses of Yash Chopra movies. One of the most beautiful faces, Sridevi is the pride and grace of Hindi cinema with her solid body language, dancing eyes, and shaky, thick-toned voice. This iconic actress is also recognized for her appearance in one of the sexiest Bollywood songs ‘Kaate Nahin kat te’ wearing a blue sari, declaring her talent to look appealing even when the whole body is covered. Sridevi, with her hot dress, artful makeup, and cascading hair is still a fascinating personality with long-lasting beauty. 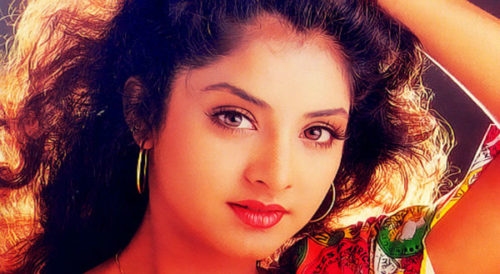 Here comes the youngest Bollywood actress who within the time span of just three years gained the position to be mentioned among the most beautiful faces of Bollywood. Divya Bharti was observed by a filmmaker when she was in 9th grade and offered her to sign one of his films. Obviously, the irresistible beauty of young Divya forced him to think so. The gorgeous and enchanting Divya started her career from Telugu cinema, but when she observed her highly increasing demand in Bollywood, she made her Hindi movie debut ‘Vishwatma’ in 1992. The good looking actress also did a film ‘Deewana’ with Shah Rukh Khan in 1992 which was SRK’s debut movie. At the age of 19, she died in a mysterious way and still the case is unsolved. Her beautiful smile, enchanting eyes, and charismatic presence are still missed. 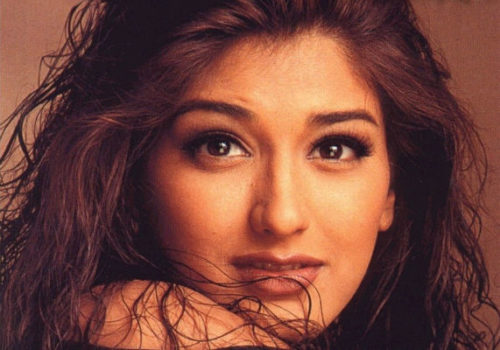 Starting her career as a model, the gorgeous Sonali Bendre appeared in certain Tamil, Marathi, Telugu, Kannada and Marathi films apart from doing Hindi movies. The lady is blessed with an elegant and astonishing figure with beautiful facial features. Cited among the ‘Yummy Mummies’ of Bollywood, Sonali Bendre is very careful about her diet, exercise, skin, and hair and this is why by having a single glance on her pretty face, we can’t help ourselves from staring the gorgeous actress. 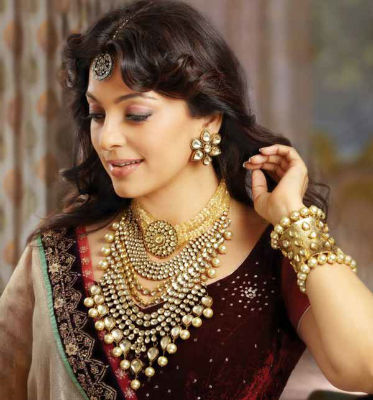 Juhi Chawla is among the Bollywood queens, especially in the late 20th century. With her alluring looks, she made her debut ‘Sultanat’ in 1986 but her major appearance was depicted in the movie ‘Qayamat Se qayamat tak’ which is still idealized and fantasized love story for the lovebirds. Her curly brown hair, wide beautiful smile and lots of innocence on her pretty face depicted the ideal look the 80s or 90s girl would love to have. This Bollywood diva was then usually seen with Aamir Khan in the beginning in ‘Ishq’, ‘Andaz Apna Apna’, Love Love Love’ while she also made numerous movies with SRK like ‘Yes Boss’, ‘One 2 ka 4’, ‘Phir Bhi Dil Hai Hindustani.’ 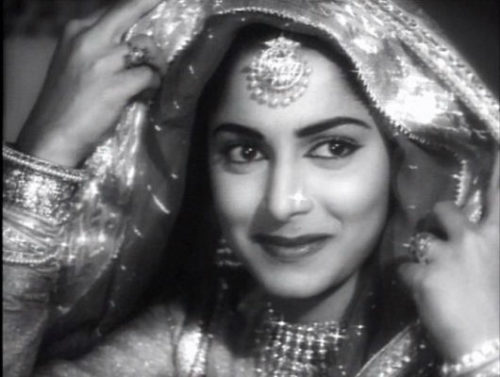 Waheeda Rehman is the senior most among all Beauty queens of Bollywood whose beauty is still a benchmark for generations. The veteran and most beautiful actress of Bollywood was among the most famous celebrities of not just Hindi cinema, but also Tamil, Bengali and Telugu cinema. With ultimate elegance, charm, and grace, she‘s not just considered as the senior most but also the most respectable actress of Hindi cinema who ruled Bollywood with her outstanding performances and striking looks. 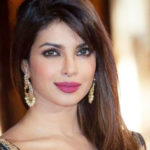 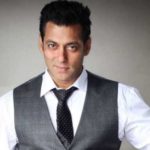