You can watch them online or download them and enjoy by watching them on your weekends. Counting the most popular “Midnight Blue” to the very famous “Chemistry”, these shows have crossed the limits of fame, revenues and above all sensuality.

So guys get ready to erect your cock and girls brace yourself as your pussies are set to get wet. Let’s begin!!!

Exposed in 1996, this softcore show presents the characters residing in Beverly Hills. The leading character Veronica Winston, who is the owner of a brothel where clients come to get involved in sexual encounters. The running time for each episode is 30 minutes. Hiring the sexiest and bold sex workers, this show covers all the incidents happening in that bordello. Total 27 episodes are there with different titles. It ended up at 1998 and every chapter has different performers with a constant role of Madame Veronica. Sexual excitement and intimacy are there.

This series brought two interesting seasons with more than 26 episodes, including some additional videos. The average running time is found to be 28 minutes. Primarily released on 4th June 2004 on Cinemax, this softcore TV show features Beverly Lynne, Amy Lindsay, Glen Meadows and Tiffany Bolton. This softcore-dating show is created by Brian Hurwitz. Within a year, it won the hearts of millions of its viewers with the intense love making and romantic acts. The two couples of the series will entertain you with their nudity, passionate kisses, and more fascinating deeds.

Released on 19th August 2011, this comedy-thriller series features the gorgeous Ana Alexander and the very handsome Jonathan Case. The steamy chemistry of this couple has set the cinemas on fire. There were certainly ups and downs in the couple’s lives regarding their careers as well as personal lives. Having a season of 13 episodes, this Pornographic TV program presents certain intimate scenes, some nude scenes of lesbians and one of them eating and licking the other’s wet pussy while the other screaming out loud. The running time for each chapter is 26 minutes. 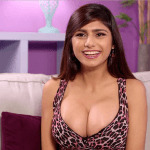 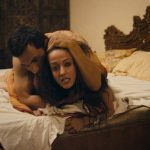