Amy Winehouse, a successful but short-lived singer intruded into the world of melody when she was sixteen. Her first record compiled of Jazz whereas she adopted R&B. electric Jazz and pop-soul in her later records. Winehouse died at 27, the reason being liquor poisoning. Winehouse concentrates on versatile music. At 10 she was drawn to American R&B and hip-hop acts. She jumped to the industry with first album Frank that was a combination of pop, jazz, and soul.

With a gap of a month Back to black was launched in America. This album bluntly topped the Billboard music charts and got a place in the history. The album occupied the Top 10 for several months. Giving a sale more than a million copies “Rehab” song was hit in the US (top 10 US hits).

With a disturbed touring schedule, due to the drug consumption of several types, her album continued to sell, going platinum five times that year. She lived a short but successful life.

The songs that served her with awards are “Rehab”, “Stronger than me” and “Love is a losing game”. Amy Winehouse has received 23 Music Awards from 60 nominations during her career. 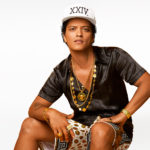 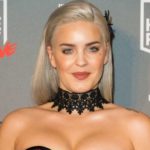