An England born ordinary boy touched the sky of success at a very young age. Yes, I am talking about Edward Christopher Sheeran who is more than successful just at the age of 25 years. The life has never been kind to anyone but it was more troubling to him with large spectacles and the speech problem.

His journey to music started by performing at a church in his childhood. He started to write songs at age eleven. He performed at a number of events. The hard work served and he performed 12 shows in a week. His working approach was only hard work and passion. He was positive and unique enough. He left his house, moved to London and then to the US for his passion. Faced the toughest times having no money to survive. But the point is he never gave up. Even his disabilities have not blocked his way.

If we look at the chart history and billboard records then his song “Shape of you” remain on the top for 12 weeks in Billboard Hot 100. “Perfect”, “Thinking out loud”, “You need me”, “Castel on the hill” and “Don’t” also remained top on charts. Ed Sheeran has won many awards including Grammy award, MTV award, People’s choice award, iHeart radio Music award and the Brits award. 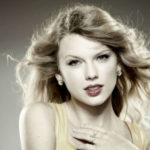 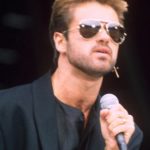