Success can be gained… No matter if you are a College dropout…!

Madonna Louisa Ciccone is an epic American songster and a songwriter. She is known as the ‘Queen of Pop’ in the world of entertainment. Since her name was the same as her mother’s so the members of her family used to call her ‘Little Nonni’. She was not so mature when her mother died of breast cancer and she often feared that her father would also be taken away from her. She is also a college dropout. A dance scholarship leads her way to Ballet dancing.

Can you imagine a high-class successful singer can work as a backup dancer and singer? But yes she worked like that and made her way to success. However, she gained success and ruled the world and it is indicated from her first album’s success Holiday that was ranked on top on Billboard Hot 100.

Other albums that touched the sky-high success are Who’s that girl soundtrack and You Can Dance, Music, American life, Confessions on a dance floor and Hard Candy etc. She is regarded as the bestselling female recording artists of all times. Her unforgettable songs of all times are “Frozen”, “Like a Prayer”, “Vogue”, and “Hung up”. These songs no doubt have great vocals but the lyrics are heart taking. At present, she is the most successful female artist in the US. Her awards count up to 295 that includes Golden Global Award and the nomination count is 644. 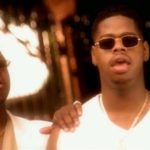