List of Best Prince Songs forever – The Top 10
A Few weeks ago, the music industry faced a great loss in the form of passing away of Prince Rogers Nelson. The eighties star Prince passed away on April 21st, 2016, Thursday at his US estate after leaving the hospital just days before after suffering from ‘severe flu‘. He passed away at the age of 57.

The legendary songwriter, singer and actor sold over 100 million records internationally. With a wide variety of genres, Prince’s music racked up an impressive array of hits. He won Billboard’s Icon Award at the 2013 Billboard Music Awards. His chart-toppers, his best songs include songs like ‘Purple rain’, ‘When doves cry’, ‘Kiss’ and few other tracks that stayed on the Billboard for weeks in the 80s especially. Prince had not just sung songs, but also produced the albums he released.  He was a dominant personality of the 80s in the glamorous and sparkling industry of Hollywood.

As we heard the sad and depressing news of his death, we decided to look back at the icon’s remarkable memories in the form of his hits. We have compiled a list of his best hit songs so that you won’t miss a single hit from his side. Its’ kind hard for us to pick up the best ones, but somehow considering the viewpoints of the public, we assembled his top to best hits from his career. Check out the list of the songs by Prince, whose life and message continues to influence millions around the world.

This is the first song that clicks our mind when we heard the Prince’s name. Prince’s signature song ‘Purple rain’ is leading all the tracks. The 80s song has sold 1,186,215 copies in the United States as of April 30, 2016. After his death, the song re-enters the Billboard Hot 100 at number 17. Also, it re-entered the UK Singles Chart at 6th position, making it two places higher than its original peak of number 8. The genres are Rock, pop, gospel, symphonic rock.

Like other songs of this legend, this song also left an everlasting impact on our minds. The lead single from the album ‘Purple rain’ this soundtrack was the top-selling single of the year. The genres are Experimental pop, dance, and neo-psychedelia. The song was positioned #52 on the Rolling Stone list of the 500 Greatest Songs of All Time. By April 30th, 2016, it has sold 1,385,448 copies in the US.

From the album ‘Parade’, ‘Kiss’ stood at number 464 on the Rolling Stone list of the 500 Greatest Songs of All Time. As of April 30, 2016, it has sold 1,330,336 copies in the United States. The genres are Pop, Post-disco, funk rock, minimal. It was ranked as the best single of the year 1986 by a magazine. A strongly recommended song to be listened and shared with your friends.

Backing Prince’s dying, the song re-charted on the Billboard Hot 100 singles chart at the 29th position. It has sold 919,131 copies in the United States as of April 30, 2016.  The genres are New wave and synthpop. It was his first hit track to touch the top 10 in the U.S., standing at number six on the Billboard Hot 100 singles chart. This song is among the best songs of those times and still Prince’s legacy is immortal with these masterpieces.

The song addressing conjecture about Prince at the time such as his sexuality, gender, religion, and racial background. The genres are Funk, new wave, and synth pop. “Controversy” stood at first of seven number ones on the dance chart for Prince. In the US, “Controversy” ranked at number 3 on the Black singles chart. Songs like these boosted the fame of the singer and took him to the peaks of success and popularity.

The genres are Hard rock, new wave, and dance-rock. The song re-charted on the Billboard Hot 100 singles chart at number 39 after Prince’s death. As of April 30, 2016, it has sold 964,403 copies in the United States. When released as a single, the song was regarded as Prince’s second number-one hit on the Billboard Hot 100. The instruments used for the composition of the song are mind blowing.

With a variety of genre’s like synthpop, new wave, and funk rock, the song has sold 727,363 copies in the US by April 30th, 2016. By 1982, the song was ranked at 114 and the very next year it reached 12th position. The song is one of Prince’s best-known, and a defining moment in his boom to superstar status. The song received positive feedbacks and criticism from the audience.

With the genre of funk, rock, Cream” was Prince’s fifth and last number 1 single on the Billboard Hot 100, and it was Prince’s only Hot 100 number-one single that was not associated with a movie. In the US, “Cream” hit number 1 for two weeks on the Billboard Hot 100 in November 1991. The special fact about the song is he’s written by Prince himself while standing in front of a mirror.

With a varied range of styles Neo-psychedelia and psychedelic pop, it has sold 691,421 copies in the US by the month of April this year. The song by Prince and the Revolution, it tells of a teenage romance and first sexual experience with a girl wearing the titular hat. The track only ranked at number 25 on the UK Singles Chart. The song was also charted in various other charts. 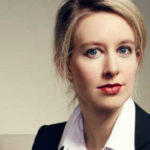 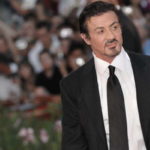