Active since 2000, Miguel is an American artist, acquiring various talents of singing, song -writing and producing. His genres of interest are R&B, PBR&B, pop, funk and neo soul. Born and raised in San Pedro, Los Angeles, California, the 30-year old singer is one of the two sons of the Mexican American father and African American mother.

According to valid resources, it has come to known that Miguel has paid tribute to the King of Pop, Michael Jackson in the Grammy Awards 2016 that was on-air live from Staples Center in Los Angeles on Monday 15th Feb 2016. The young star performed Michael Jackson “Off the Wall” tribute for the purpose of promoting Spike Lee’s Documentary on “Off the Wall” album. Possessing magical singing skills, Miguel sang the track “She’s out of my life” in a wonderful way that it refreshes the memories of the legendary MJ in our minds.

Miguel has sung many wonderful tracks. His latest achievement is winning the Grammy award for finest R&B song which was given to him for his track “Adorn” that was released in 2012. Latest album, he recently worked on is Wildheart released in 2015 from which the track “Coffee” is regarded as one of his best songs ever.

Let’s have a look at the top 10 best songs sung by Miguel and in case you miss any of these greatest hits, you must listen to it right now.

“Adorn” is a song by American singer Miguel, written and recorded as the first single from his second studio album Kaleidoscope Dream (2012). It was entirely written and produced by Miguel, who was inspired by a series of dreams he experienced prior to writing the..Read More

“Sure Thing” is a song by American recording artist Miguel. Written by himself, 12-year-old brother and R&B singer Jawan Harris, and produced by Happy Perez, the song is included on his debut album, All I Want Is You (2010). It was first leaked onto YouTube in 2008. It was sent to radio as the album’s second…Read More

“How Many Drinks?” is a song by American recording artist Miguel, taken from his critically acclaimed second studio album, Kaleidoscope Dream. The song was produced by Salaam Remi. A remixed single featuring Kendrick Lamar on an added third verse was released as the album’s third…Read More

All I Want Is You

“Quickie” is a song by American recording artist Miguel. It was released as the third single from his 2010 debut album All I Want Is You, and was sent to rhythmic contemporary radio on August 2, 2011. The official remix features rapper Big Sean. An R&B song, “Quickie” features…Read More

“Do You…” is a song by American R&B recording artist Miguel. It was released on September 18, 2012, as the second single from his 2012 album Kaleidoscope Dream. It was written by producer Jerry Duplessis, co-producer Arden Altino, guitarist Paul Pesco, and Miguel, who recorded…Read More

“Coffee” is a song by American singer Miguel, featuring vocals from fellow American rapper Wale, taken from his third studio album Wildheart (2015). It was released on May 4, 2015.

“#Beautiful” is a song recorded by American singers Mariah Carey and Miguel. It was released as the lead single from Carey’s fourteenth studio album, Me. I Am Mariah… The Elusive Chanteuse (2014). “#Beautiful” was written by Carey, Miguel, Nathan Perez, Brooke Davis, Mac Robinson, and Brian Keith…Read More 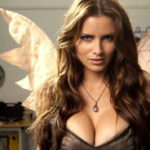 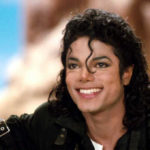