We have already shared an article of the best dancers of all time and, today, you’ll come to know about the top 10 sexiest dancers. They have taken your breath away and they also have stolen your hearts with their shaking bodies.

They’ve been ruling the world for decades with their tempting dance moves, burning the stages with their hot and sizzling performances. On the other hand, these hottest dancers are multi-talented and have composed and singing skills as well. The list comprises of Michael Jackson, Beyonce, Chris Brown and few other brilliant dancers.

Have a look at the list and explore the reason why these artists are top-ranked among the desirable and seductive dancers.

Now let’s just talk about another sexy dancer of all time who blew away the minds of the audience with his killer looks. Rudolf was a Soviet dancer of ballet and modern dance and is famous for his extremely sexy outlook. He was totally enjoyable with his desirability and his sexual emplacement and he had no interest in anything other than communicating the music and the choreography in the way that appeared proper to him. He is the hottest ballet, pop star of all time with his sexiest haircut and perfectly built muscular physique.

Joaquin Cortes is the hottest flamenco dancer of all time. The Spanish dancer is said to be the sexiest man alive. Joaquin Cortés again exploded the art of flamenco with ardor, passion and ‘pure sex’. There are certain rumors about the Spanish guy that either he’s a gay or straight or maybe he’s a bisexual. But despite all these rumors he has kept his position among the top ten sexiest dancers of all time. Joaquin Cortes is perfectly handsome, a perfect guy a girl could have ever dreamt for.

Mikhail Baryshnikov doesn’t like being called a sex maniac. The ballet legend is also well-known for his character in an American TV series ‘Sex and the City’ as Carrie’s lover in the final season. The sexiest man alive thinks that in no sense, he hot or sexy. He thinks that people’s love and affection towards him make them feel like this. Otherwise, it’s nothing sexy about him. He perceives he’s not a macho kind of person, so why he’s known for his sexiness? The ballet legend is blessed with both sexiness and incredible dancing skills.

How can we forget to mention Gene Kelly’s name among the sexiest dancers? Gene Kelly is perceived to have a fascinating sex appeal in his dance moves according to the fan comments especially. His dance style possessed sexuality and desirability and he was known as a ‘Creative Genius’. His style was said to be extraordinarily masculine with his muscular sexuality. A tinge of sex and seduction was carried in each of his dance moves and was renowned for his earthiness. 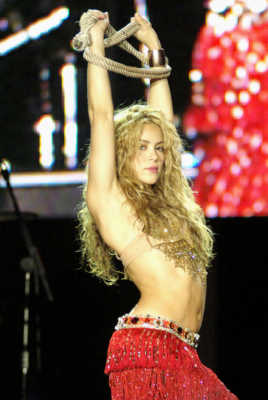 Known for her perfect belly dance moves, the young lady is a multitalented Colombian artist. Shakira is famous for her sexuality and perfect curves. Rumors were being spread about Shakira’s sex whether she’s a lesbian or a bisexual. The gossips were linked to her relationship with Rihanna, but still, the lady’s image is so strong that this kind of rumors can’t affect her fame and success. Shakira is also known for her irresistible butts making her even more sexy and seductive.

Ginger Rogers is the gracious dancer of the list, extensively increasing her hotness in our eyes. Ginger was able to achieve sex through her dance moves. Katharine Hepburn, an American actress talked about Ginger’s connection with Fred Astaire, “She gives him sex and he gives her class.” She was related to a phrase, ‘backward and in high heels’. The magnificent dancer got perfect moves to seduce the viewers in all possible ways. She stood at 14th position on the AFI’s 100 Years…100 Stars list of female stars of classic American cinema.

Showing off his sexy and sizzling dance moves frequently, Chris Brown is one of the successful artists that gained much fame within a short span of time. No matter the guy is on stage or in some music video, you can’t prevent your body shaking on the beats of his songs. Chris Brown’s relationships and affairs got high admiration from the people globally. The hottest dancer is much inspired by the King of Pop, Michael Jackson. Chris Brown’s moves have the influence to seduce girls, he’s perfectly handsome and good looking.

Ciara’s moves will drive you wild and insane and she’s just perfectly hot while dancing. The multi-talented artist has cited Michael Jackson as one of her biggest influences. She has sold 23 million records worldwide. Through stylish and advanced choreography, Ciara has emerged as the successful dancers of all time.Her sexy booty has assisted her in the journey to her fame and success. 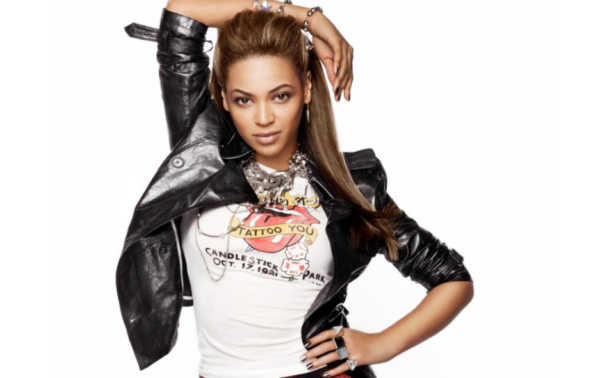 Famous for female sexuality and empowerment, Beyonce is regarded as the most powerful female musician of 2015. The multi-skilled Beyonce’s career is full of rewards and achievements and is an influential lady to many and like other dancers, her biggest musical inspiration is Michael Jackson. 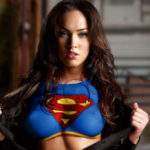 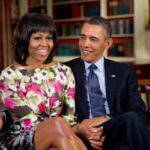