We love Dancing songs, here we’ve Listed best dance songs – Top 10:
Most of us are seeking for good music. We all have different preferences in terms of music, but sometimes all we want to do is to shut the door of our room, turn the music out loud and dance like it’s the last night of our life or maybe you are finding music for professional dance such as Traditional jazz, Breakdancing, Slide and Glide, B-boying, Animation, Popping, tutting, Disco dance, and freestyle dance.

Life is full of stress, depression. The question is how to overcome it? People have various perceptions regarding it. Some people prefer travelling, some like to have delicious food with other interesting eatables but I guess music is the only thing that is loved by most of us.

There are many songs that despite getting old are still in our iPods and music players. Why? Because, the lyrics, the beat, the rhythm have left an everlasting impact on our minds. Several dance songs have been sung by multiple singers, but only a few of them have the power to shake our body down to the ground.

The most popular and best song of the legendary Michael Jackson, ‘Billie Jean’ is one of them that when played force our bodies to dance and groove and the magic in the music gets into you very easily. Other songs like, ‘Starships, ‘Hips don’t lie’, ‘Get lucky’, just to name a few are few of the best dance songs that ultimately drive you crazy. You can’t help yourself from listening to them again and again and in every party you attend, you want this music to be played there.

Following mentioned are top 10 best dance songs that will definitely drive you wild and insane. All you need are your headphones or some speakers with a squad of crazy friends. Just turn on the party lights, turn up the music and start rocking all night. Check out the list.

Released on January 2, 1983, ‘Billie Jean’ is one of the best dance songs people will always love to listen. The rhythm, the composition is flawless. Obviously, it is the best song from the best entertainer of all time.

Released on December 13, 1977, ‘Stayin’ alive’ is the coolest dance you’ll ever listen. I bet you won’t help yourself to shake your body. It is one of the incredible masterpieces of Bee Gees.

Released on May 5, 2015, ‘Watch me’ can be regarded as one the best dance songs that can provide your gathering a sense of excitement and fun. The lyrics, the composition, the rhythm, everything about this song is magical.

Released on April 19, 2013, ‘Get lucky’ can be considered as one of the wonderful songs that will take your mind to the world of extreme enjoyment. This song will definitely be your favorite once you listen to it.

Released on March 29, 2013, ‘Fine China’ is one of the most awesome dance songs by Chris Brown who himself is undoubtedly the coolest vocalist. Although, Chris Brown’s all songs have their own magic, but this song is the best among all of his songs.

Released on February 28, 2006, ‘Hips don’t lie’ will definitely groove your whole body from the top to the bottom and I’ll drive you wild surely. This song somewhat depicts Shakira’s own gorgeous figure.

Released on November 30, 2000, ‘One more time’ is another masterwork from Daft Punk and it can be considered as the pride of the music industry.

Released on August 1976, ‘Dancing Queen’ will make you feel like a queen or a king as the high-quality instruments used are beyond imaginations.

Released on October 3, 2008, ‘Womanizer’ is described as a ‘Girl anthem’ by the singer herself. Recommended for the girls especially.

Released on September 23, 2003, Outkast’s ‘Hey Ya!’ has taken influence from funk, rap and rock music. Excitement and thrill assured.

Released on August 18, 2014, Taylor Swift’s ‘Shake it off’ will shake you and your fellows and you’ll definitely play it again and again.

Released on March 31, 2009, ‘Boom Boom Pow’ will increase your heart beats and gradually you’ll come to know an awesome dancer lies within you.

Released on November 10, 2014, ‘Mark Ronson’ is one of the amazing dance songs by Uptown Funk with the contribution of Bruno Mars.

Released on August 1990, this song is self-described. The title itself is declaring that groove lies within your heart, just explore it.

Released on June 8, 2015, this song is ranked as the best song of 2015 by Rolling stone and the sound of the song was compared with the works of Michael Jackson.

Released on July 13, 2010, this song’s title sounds so catchy and when it comes to listening, you won’t even recognize yourself, buddy! You’ll dance like crazy.

Released on February 14, 2012, ‘Starships’ is one of the best hits from Nicki Minaj with her flawless rapping and melodious voice.

Released on November 3, 1979, Michael Jackson’s ‘Rock with you’ will take you and your partner to the world of love where you could feel yourself drowning in the oceans of love and romance along with some dance and groove.

Released on November 21, 2013, ‘Happy’ will reduce all your sorrow and will give you a sense of joy and comfort with the assistance of excitement and fun. 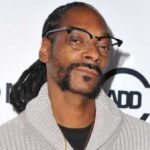