In this write-up, we’ll be discussing the best english songs of 2016 that are continuously being watched and listened by millions of people worldwide. 2016 has come with up a variety of songs and diversity in the music. Each and every singer is in the race of getting their albums on the top with high ratings.

Not just the music and lyrics have variety but the way these songs have been picturized is quite captivating. It is advisable for you all to put at least these ten songs in your music players so that you’ll come to know how awesome and trendy music you’re carrying with you; after all, it’s all about being modish.

Belonging to various genres, these English songs have gained a lot of popularity and fame and become the number-one singles of 2016 and still they’re getting much vogue by the people. Maybe some of the songs are released earlier than 2016 but still they’re liked and preferred on many new songs released nowadays due to the distinguished and distinctive sense of music.

The songs are sung by the singers with extreme passion and energy and obviously, this commitment took their songs to be included in the world of best songs admired and listened by the generations. one of best Singers, JB’s ‘Sorry’ has broken the records of the Beatles & Drake for most simultaneous hot 100 hits and has broken no. 1 record on Billboard+ twitter tracks. R&B Song by Rake, ‘Hotline bling’ received praise and positive criticism by music reviewers and despite being released almost a year ago, the song is still regarded as the best. ‘Hello’ by Adele is another hit that got much fame around the world due to the lyrics and deep down emotions involved in the song.

Have a look at the top 10 hit music that have been chosen and actually considered as the great hits by the majority of the listeners, due to their uniqueness and flawless presentation. Check out the list.

Receiving positive reviews from music critics; ‘Sorry’ is one of the best songs of the year 2016. The song spent 7 weeks at a first position on the Canadian Hot 100 and 3 weeks stood at a first position on the US Billboard Hot 100. The choreography in the music video is outstanding, grabbing the attention of the viewers throughout the video. The song belongs to the album ‘Purpose’ and has been nominated for Radio Disney Music Award for Best Breakup Song and Billboard Music Award for Top Streaming Song (Audio). The song contains word ‘sorry’ sung by Justin himself and the co-writers of the song have confessed that the song is all about manning up and admitting your mistakes with the tempo of 100 BPM.

“Can’t Feel My Face” By The Weeknd

The Weeknd introduced his song ‘Can’t feel my face’ from his album ‘Beauty behind the Madness’ and the way the singer rocked the music industry with his second studio album is beyond words. The song has been nominated for 14 awards ad has won Juno Award for Single of the Year and Juno Award for Songwriter of the Year. The music video has shown the singer on fire while singing the song and dancing on the stage in the club and all the people out there started floating in the rhythm and started dancing insanely. Experiencing commercial success, the song has a tempo of 108 beats per minute.

“Where Are Ü Now” By Justin Beiber

Another hit from J-Beebs ‘Where Are Ü Now” is one of the best hit songs of 2015. Although released few years back, the song is still in its way conquering hearts of the people internationally. The song was produced by Skrillex and Diplo and their collaboration with Justin created a wonder. The song is unexpected in all the best ways. The Grammy-winning track has positioned itself within the top 10 of the charts in eight countries, including Australia, Canada, and the United Kingdom, internationally. The song tempo consists of 138 beats per minute.

The great hit by Drake, ‘Hotline Bling’ is an R&B song which subsequently gained popularity on YouTube and spawned several parodies of it. With the tempo of 67 beats per minute, the song has received positive reviews from the critics but the lyrics received criticism regarding it sexist. Still, the track is one of the best songs of 2016 entered the US Billboard Hot 100 at number 66. According to the Director, the song has influenced men to dance more. The video revolves around on theme with the “Legend” rapper’s booty-call theme. The singer has displayed a wide variety of different dance moves in some large lit up white boxes, mourning about a woman that he once used to count on for some late night “hotline bling” that has moved on the instant he shifted out of town.

With a moderate tempo of 96 beats per minute, ‘Love me like you do’ is an electro pop power ballad from ‘Ellie Goulding’ that is actually the soundtrack from the original motion picture ‘Fifty shades of grey’. The music video became the 21st video to receive 1 billion views on YouTube. The song was nominated for almost 14 awards and became a global success. It was Ellie’s first number 1 in various countries. The 19th most viewed the video on YouTube won a Golden Globe nomination in its upcoming 73rd edition on the Best Original Song category. The song discusses the wild feeling of falling in love and being seduced by one whose touch leaves her begging for more, even when it hurts.

Zayn Malik’s ‘Pillowtalk’ belong to his debut solo studio album ‘Mind of Mine.’ Having a moderate tempo of 126 beats per minute, the song received lots of appreciations and positive feedbacks. The music video features kaleidoscopic effects, sexual imagery, and an American model Gigi Hadid with shattered mirror effects. Overall the music video shows Zayn Malik closer with Gigi Hadid and female silhouettes ogling each other. Moreover, Zayn navigating a sexual fantasia, with a flower covering a curious woman’s genitals. The track made him the first UK artist to debut at a first position with a first charted single.

With the tempo of 79 beats per minute, ‘Hello’ from the British singer ‘Adele’ attained international commercial victory reaching number one in almost every country it charted in. By the end of 2015, it had sold 12.3 million units internationally and was the year’s 7th top-selling single. The theme of the video revolves around a recently broken-up lady calling a younger sort of herself. The fact shows the success that the track was streamed 4.79 million times, setting a record for the most streamed track in a single week. The music video for ‘Hello’ broke the Vevo Record by attaining over 27.7 million views within a 24-hour span.

Canadian Rapper, Drake has gained much fame and popularity with his greatest hit ‘Hotline bling’ along with ‘Summer sixteen’ belonging to his upcoming fourth studio album ‘Views from the 6’. Selling 215k downloads in its first week; the track was released for digital download featuring uncredited vocals by DJ Khaled. Te song stood at number six on the Billboard Hot 100 on January 30, 2016, and the sales became the highest debut sales of the singer’s career. The single sold 358,032 copies in the US till 26th March 2016.

Consisting of some gorgeous girls, ‘Little mix’ sang ‘Secret love song’ that stood at number 6 on the UK singles chart. The music video consists of three couples: one homosexual, one heterosexual and one interracial. But on the release of the music video, the scenes featuring these three couples were removed. The R&B song got much fame and popularity and was recorded in Los Angeles and London. The lyrical content was written, keeping in mind unrequited and forbidden love. Featuring the vocals of Jason Derulo, the song also contains personal experience of his affair.

‘Alright’ is among by Kendrick Lamar, an American rapper and from the perspective of its lyrics, the song contains the theme of hope. Receiving four nominations, the track was related to Black Lives Matter and some publications have regarded the song as the ‘unifying soundtrack’. The music video featured a young African-American man with the rapping of Lamar at a moment. Lamar was killed at the end of the music video by a policeman. Belonging to the genre of Alterative hip hop, the track won the awards for best rap performance and best rap song. 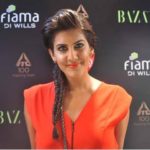 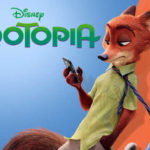